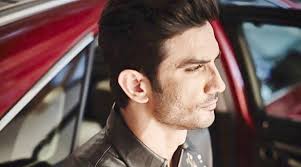 The CBI will look to obtain information about Sushnat Singh Rajput‘s mood swings, behavioural patterns and even personal idiosyncrasies, as it tries to build a composite picture of his mental state in the days leading up to his death. It will be a kind of post-mortem of the mind of Sushant Singh Rajput, who was found dead at his Mumbai residence in June.

This will be only the third time that such a complex investigation method is employed; the other two instances were in the Sunanda Pushkar case and the bizarre Burari mass-suicide case that happened in Delhi two years ago.

Meanwhile, a four-member team forensic team from the All India Institute of Medical Sciences will examine Rajput’s autopsy report, after the CBI approached the hospital for help in the case.

A special CBI team has camped out in Mumbai since Friday after the Supreme Court last week ordered the agency to take over the case. The team is drawn from the agency’s crack investigative unit, the same one which is also looking into the Vijay Mallya case.

On Sunday, a staff member of Sushant Rajput, and his friend Sidharth Pathani – both key witnesses in the case – were questioned. Neeraj, the staff member, was called for a third consecutive day.

The day before both he and Pathani, a self-styled actor who is believed to have discovered Rajput’s dead body, were taken to the actor’s home, in Mumbai’s Bandra area, by a CFSL team to re-create events on the day of his death.

The CBI has not yet summoned Rhea Chakraborty, Sushant’s reported girlfriend, for questioning. Rhea Chakraborty has been accused by the actor’s family of mentally harassing him and illegally transferring crore from his Mumbai bank account.

Chakraborty, who had initially sought a CBI probe before telling the Supreme Court that the central agency had no jurisdiction at this time, faces a case of financial fraud and abetment to suicide, as filed by the actor’s father at a Patna police station.

She has already been questioned twice by the Enforcement Directorate, which is investigating “suspicious transactions” relating to the transfer of around 15 crore rupees from Rajput’s account. Rhea has denied all charges.

The actor’s death has left thousands of his fans in shock and fuelled massive speculation, controversies and conspiracy theories, as well as igniting a debate over cut-throat rivalries in Bollywood.

The country is on the path of becoming self-reliant, investment of one lakh crore will be done from the endoscopic region.