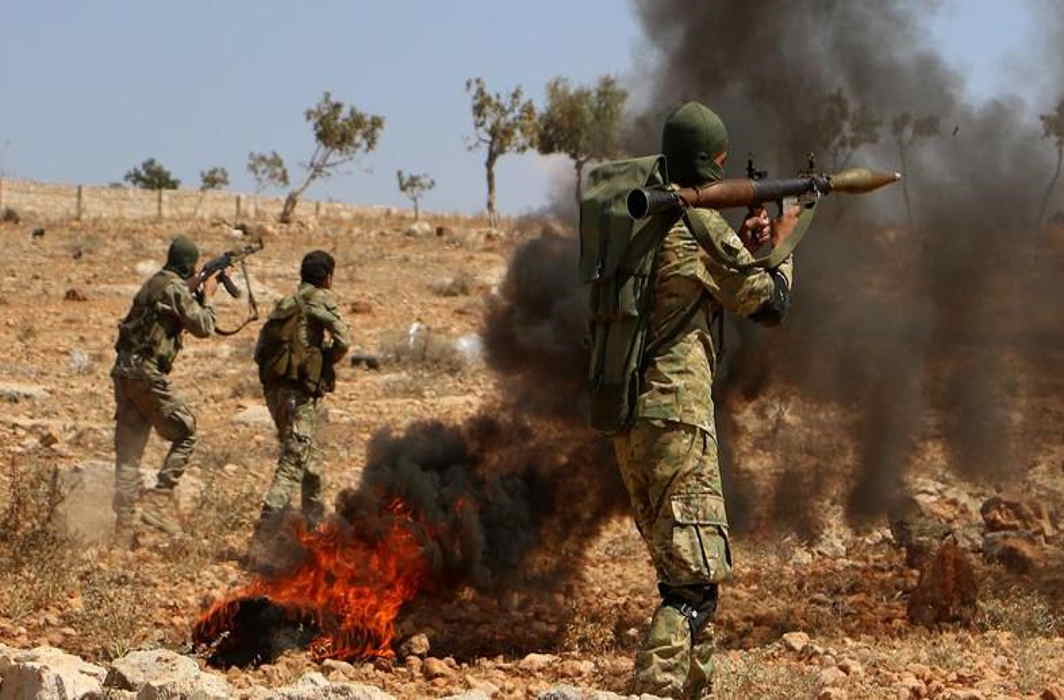 The fight against terrorism in Syria got another forward movement on Saturday when militant groups reportedly began to withdraw heavy weaponry from a demilitarized zone agreed by Turkey and Russia in Idlib province in northwest Syria.

This was confirmed by two Turkey-backed Syrian rebel officials to Reuters. A group commander said, “The process of withdrawing heavy weapons began this morning and will continue for a number of days.”

Russia also played important intermediary role in getting militants cleared from most of the occupied territories, including Raqqa, once considered to be the Islamic State capital, Aleppo, Eastern Ghouta, Sweida and several other places. The terrorists who are called militants by western media were disarmed and shifted by buses.

The official said the Turkey-backed National Front for Liberation (NFL) rebel alliance will extract its heavy weaponry – such as rocket launchers and artillery vehicles – and bring it 20 km from the contact line between insurgents in Syria’s militant-held Idlib province and government forces.

“Light and medium weapons and heavy machine guns up to 57 mm will remain in place,” the official said.

Under the deal agreed last month between Turkey and Russia, “radical” rebels will be required to withdraw by the middle of this month from the demilitarization zone.

The agreement has successfully halted a Syrian army offensive. The UN had warned such an attack would create a humanitarian catastrophe.

However, the main militant group in the Idlib area, Tahrir al-Sham, has yet to say whether it will comply with the agreement.

Idlib, where terrorists and their sympathisers gathered from various Syrian areas, is the final destination for the Syrian forces and their Russian and Iranian backers, for the final assault.

US and Turkey have been opposing any major military offensive in the area. In Recent months, some terrorists were witnessed travelling in buses from Sweida, southern Syria, to Israel.

Meanwhile Syrian media reports that the US helicopters have reportedly airlifted foreign and wounded members of the Daesh (IS) terrorist group from oil-rich eastern Dayr al-Zawr Province, in north west Syria. The militants had been relocated from the town of al-Shaafah near the Iraqi border to an unknown location on Saturday night.

Tehran based Press TV reports that this is not the first airlifting of terrorists by the US in Syria as there have already been numerous reports of such transfers.