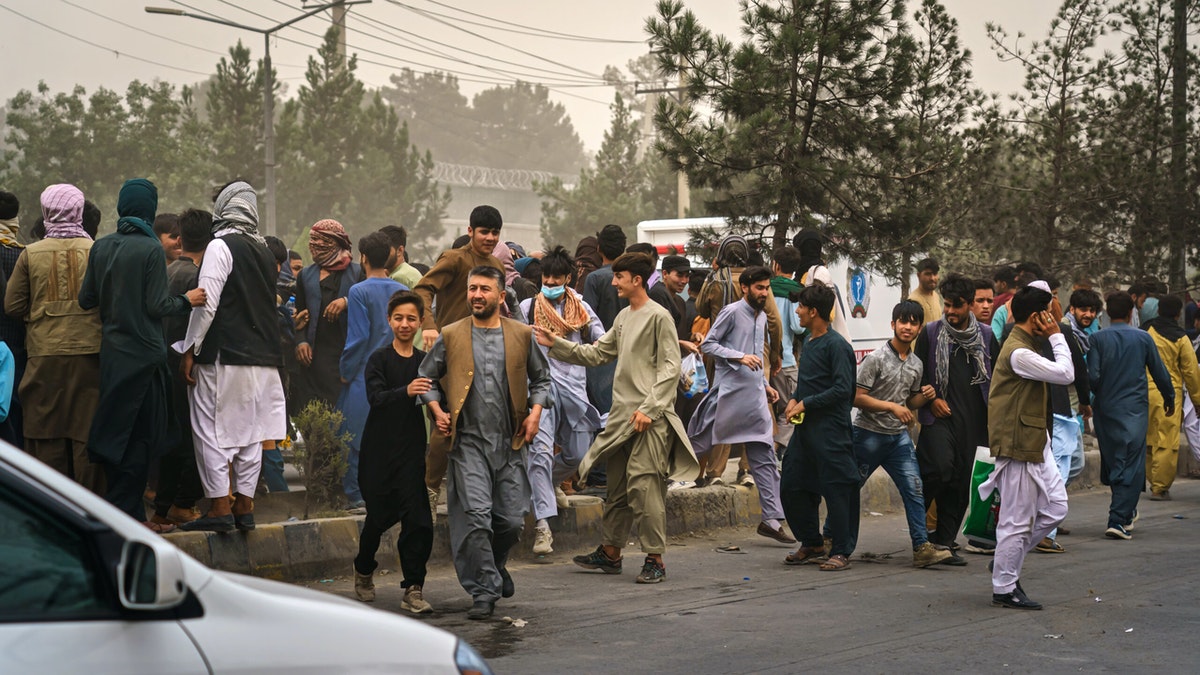 Taliban fighters on Thursday opened fire at the protestors taking part in the flag-waving demonstration on several cities of Afghanistan including Asadabad and Jalalabad. Several people are reported being killed when the Taliban fired on a crowd. With this, it has once again become clear that no matter how much the Taliban try to improve its image, but still its attachment to the bloodshed remains intact.

Afghanistan has once again been occupied by the Taliban. The militant group have captured Afghanistan at a time when the country is celebrating its 102nd year of independence.

A crowd of men, women waving black, red and green national flags in the capital city of Afghanistan chanted, Our flag, our identity. One woman walked with a flag wrapped around her shoulders. Some of those marching also chanted God is greatest.

People are tearing down white Taliban flags and the Taliban handling of the protest is enough for people to determine whether there assurances that they have changed since their 1996-2001 rule are to be believed, when they severely restricted women, staged public executions and blew up ancient Buddhist statues.

The ongoing chaos in Afghanistan over the national flag is increasing. Taliban infuriated when Afghan youth hoisted their country’s official flag at a rally in the city of Asadabad on Afghanistan’s Independence Day. The Taliban opened fire on unarmed people, in which many people were killed and several injured. However it is not clear if the casualties resulted from Taliban firing or from a stampede that it triggered. In the last several days, the dispute between the Taliban and the Afghan people over the flag is increasing in different cities of the country.

Protesters also took to the streets of the city of Jalalabad and a district of Paktia province, both also in the east.

Independence day protest in #kabul. Women and girls, men and boys screaming LONG LIVE #Afghanistan OUR NATIONAL FLAG IS OUR IDENTITY! They marched past #Taliban with some Talibs screaming back at protestors, waving their guns at them but finally the protestors passed.

One angry Talib was about to shoot a protestor when another Talib grabbed his gun and stopped him. #Afghanistan

Incredibly daring #AfghanWomen led the way screaming on the megaphone!

First Vice President Amrullah Saleh, who is trying to rally opposition to the Taliban, expressed support for the protests. Salute those who carry the national flag and thus stand for dignity of the nation, he said on Twitter.

Saleh said on Tuesday he was in Afghanistan and the “legitimate caretaker president” after President Ashraf Ghani fled as the Taliban took Kabul on Sunday.

In other India news, renowned poet Munawwar Rana has come out in support of Taliban and said Talibani are not terrorists, they can be called aggressive.

Assam News: Rs 100 crore to be invested in lighting Guwahati, Muharram to be celebrated on August 20, door to door inoculation in Golaghat, GMC conducted an eviction drive