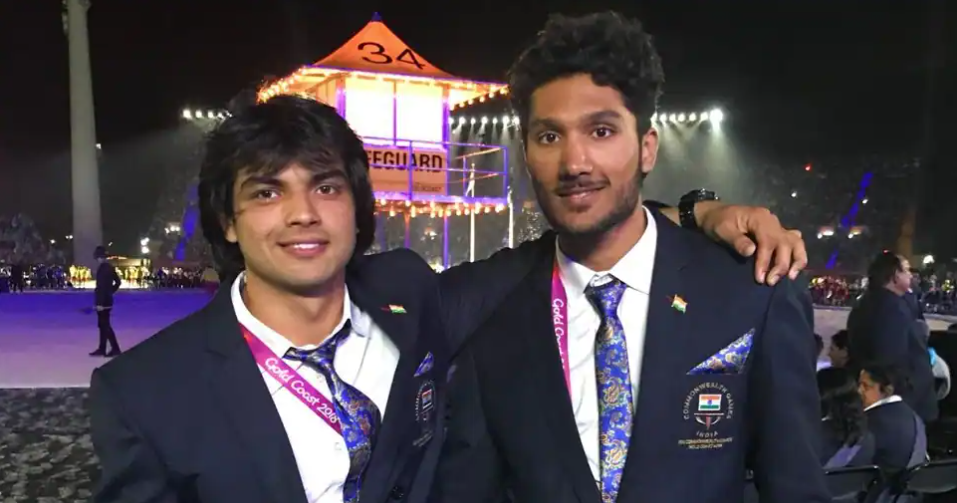 The national record holder in the men’s high jump and golden boy Neeraj Chopra’s good friend Tejaswin Shankar has recalled celebrating the latter’s triumph after he struck gold in the Men’s Javelin throw final to win Independent India’s first ever medal in athletics in Tokyo Olympics on Saturday. Neeraj took the gold with a best attempt of 87.58m.

On Saturday, August 7, 2021, history was rewritten by Neeraj Chopra  by breaking India’s over 100 year’s jinx of an elusive Olympic gold medal in atheletics. Before Chopra, India had come close to winning a track and field medal twice: once in the 1960 Rome Olympics when the recently-deceased Milkha Singh came fourth in the 400 metres race and, the second time, when Kerala sprinter P.T. Usha came fourth in the 400m hurdles at the 1984 Los Angeles Olympics.

However, the last time India had won an Olympic gold was in 2008 when shooter Abhinav Bindra won the tournament’s prestigious prize in the 10-meter air rifle event in Beijing.

”After Neeraj Chopra won the gold, I wanted to speak to him. I asked Wayne Lombard, the fitness coach who has worked with both Neeraj and me, to patch my call through today because I knew his phone won’t be working. Wayne told me that Neeraj had only got to bed at three in the morning but that he’d eventually connect the two of us,” Shankar wrote in a column for Indian Express newspaper.

This morning when I was asleep, I got a video call from Wayne Lombard, a dear friend and scientific advisor of the Indian women’s hockey team. I picked up Wayne Bhai’s call and saw a smiling Neeraj with a medal around his neck. I was still half-asleep and for a moment thought it was a dream. I quickly went to the bathroom and washed my face and applied some talcum powder. “Bhai tu soh raha tha na?” (You were sleeping?), Neeraj asked me. “Of course, you’ll find most people asleep at six in the morning,” I replied.

We even shared a room for 15 days in Bangalore. Honestly, he may be an Olympic champion now but I still dread sharing a room with him. He’s a bit disorganised. If you enter his room, you’ll find his clothes drying on the bed or his socks in the middle of the room. I didn’t say anything to him because sharing a room with Neeraj was a huge thing for me.

“We bonded over fried rice and matka kulfi for the next fortnight. The only boys’ talk we had was about video games. He was crazy about Mini Militia then and now he’s into PubG. I’ll ask him if has a girlfriend when I meet him next time,” Shankar wrote.