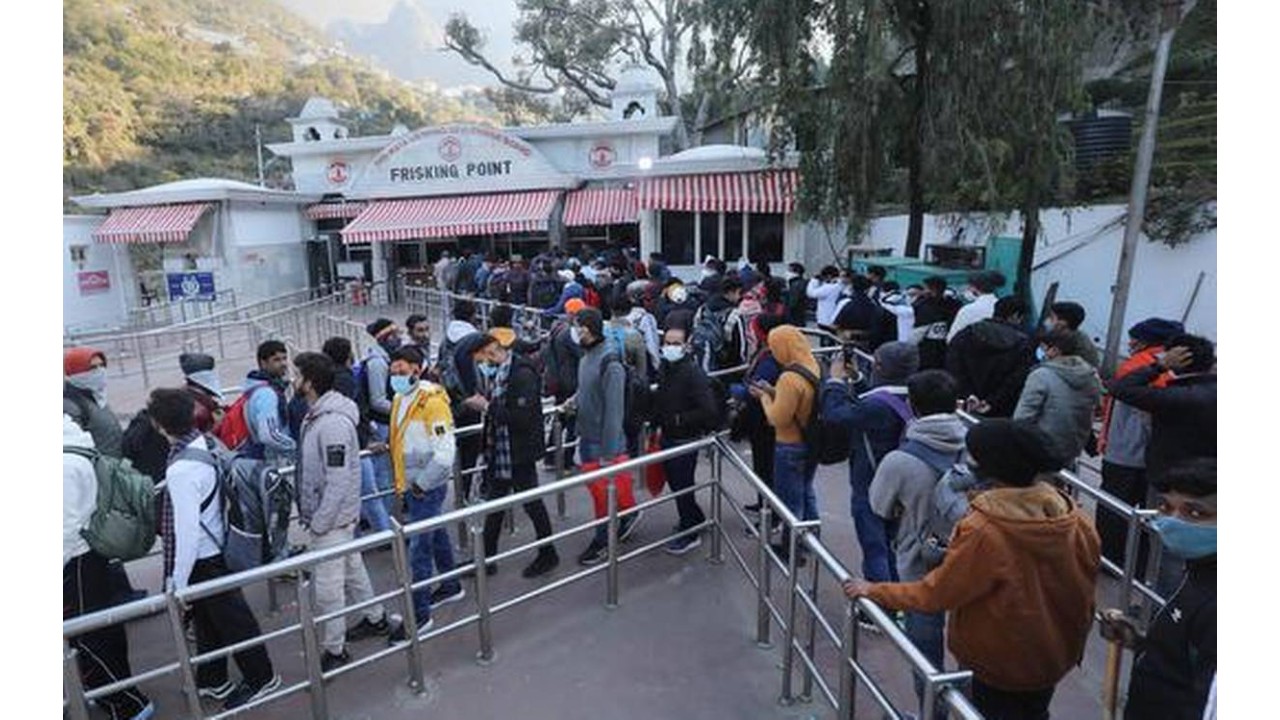 At least 12 pilgrims died and more than a dozen others were injured in a stampede at Mata Vaishno Devi shrine in Katra, Jammu and Kashmir. This incident happened at 2:45 am on Saturday morning. The injured have been taken to Naraina hospital.

As per initial reports, it was around 2:30 am when devotees were discussing something at a gate which later turned into a heated argument. They started pushing each other causing a ruckus, followed by a stampede. The stampede occurred near gate number 3 outside the sanctum sanctorum of the shrine atop Trikuta hills.

The stampede occurred when a large number of devotees entered the Vaishno Devi Bhawan to pay their homage to celebrate the start of the New Year. Large groups of devotees allegedly entered the Bhawan without permission slips, said officials.

According to the officials, the casualties were from Delhi, Haryana, Punjab, and one from J&K. And immediately after the incident, the police launched a rescue operation. The authorities said that the situation is currently under control.

Prime Minister Narendra Modi extended condolences to the bereaved families. Extremely saddened by the loss of lives due to a stampede at Mata Vaishno Devi Bhawan, he tweeted.

Manoj Sinha, Lieutenant Governor of J&K, also offered his deepest condolences to the families of deceased. He further announced that an amount of Rs 10 lakh each would be given to the families of those who lost their lives in the stampede and Rs 2 lakh to those injured.

He further indicated that the shrine board will cover the treatment costs of those injured during stampede in Vaishno Devi Bhawan.

Union Minister Jitendra Singh said that PM Modi is personally monitoring and keeping track of the unfortunate incident occurred at the Vaishno Devi Bhawan. He further added that PM Modi has also expressed his condolences to families of deceased and issued instructions to offer all feasible medical help and support to the injured.

The Lieutenant Governor of Jammu and Kashmir shared the helpline numbers of the Mata Vaishno Devi Shrine Board.

Top leaders extend their condolences to the families of deceased. Here are a few tweets.