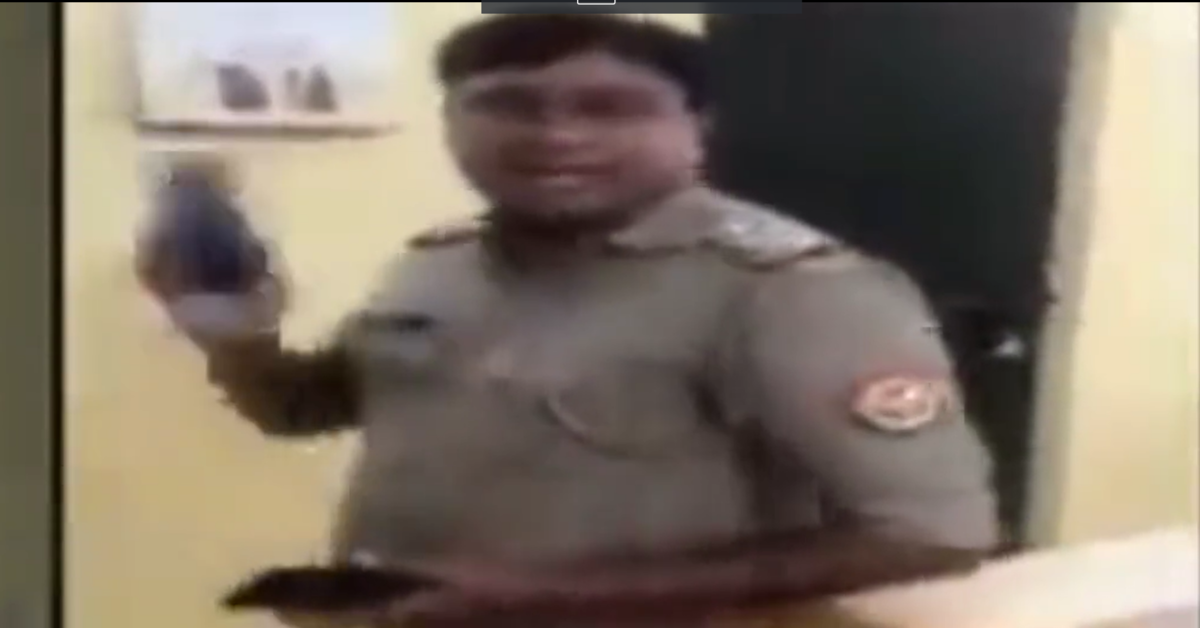 Usually, the police are the ones employed for keeping the state and affairs of an area in order, however, it is quite the opposite in UP’s Hathras. A viral video from UP’s Hathras has emerged where a Station House Officer (SHO) of Hathras Police station allegedly abused the constable of police in the station. The police constable in response took out his phone and started recording the SHO and urged him to repeat himself on camera again.

In the video, the SHO of Hathras police can be seen calling someone on his phone while the constable confronts him and asks him about the abuses hurled by him at the constable. The constable, who is recording the video, can be heard saying that he has an audio recording of the whole incident and he will be posting it on Twitter while tagging the DGP and the CM.

The SHO didn’t show any remorse and went about his business as usual, however, by the end of the video, he can be seen being irked by being followed by the camera which triggered him to take a swing at the camera in the hands of the constable.

The Hathras Police have also come forward to issue a public statement where they informed that A gazetted level officer has been directed by the SP of Hathras to take cognizance of the matter and investigate it further and report back.

Many Twitter users came forward with their own takes on the viral video one Twitter user came forward and wrote if the police themselves are resorting to such language amongst each other, are they going to follow the same behaviour with the public as well? The user further questioned how people such as these get appointed to the police force.

Another user came forward and also highlighted the irony of a police officer resorting to such kind of behaviour and wrote that the people who are responsible to protect others are becoming miscreants themselves.

Another video of a similar nature came into light from UP’s Amroha district where a police officer can be seen thrashing and hurling abuses at a citizen repeatedly. According to reports, the police personnel in the video was under the influence of alcohol.