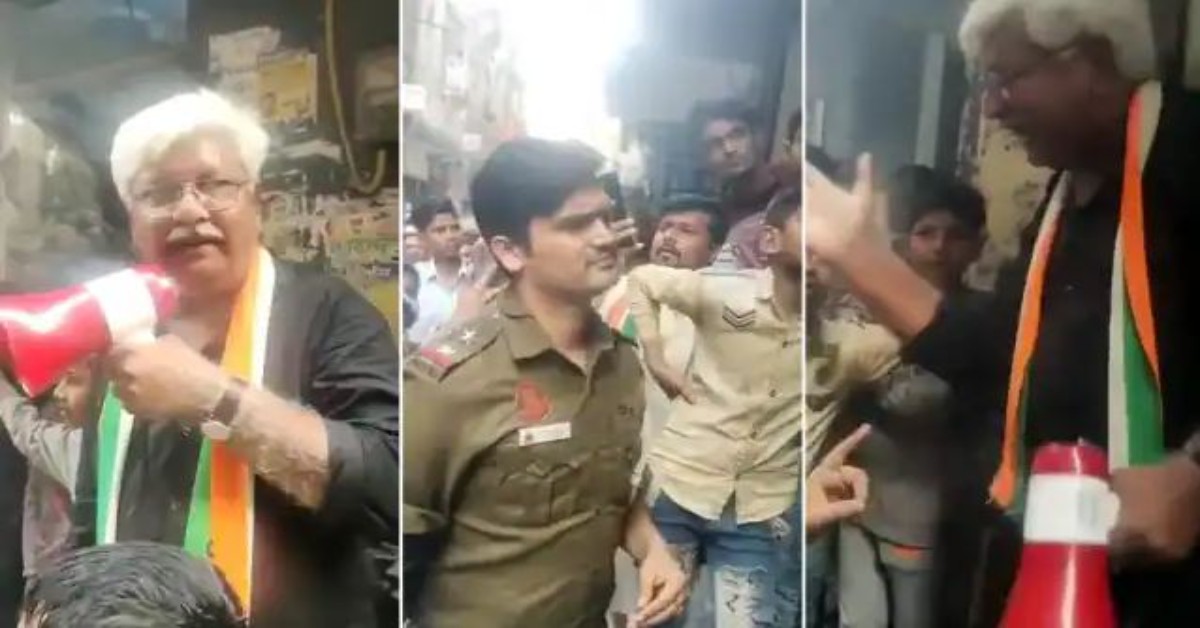 The video of the said incident has gone viral on social media. National Secretary of BJYM Tajinder Pal Singh had shared the video on his twitter handle demanding action against Khan.

Delhi’s Shaheen Bagh has always been in the headlines and now a case of abusing and manhandling of a sub-inspector of Delhi Police has come to light here.

The accused has been identified as former MLA Asif Mohammad Khan, besides the father of MCD councillor candidate from Congress, Ariba Khan. On the complaint of victim SI Akshay, a case was registered against the accused at Shaheen Bagh police station and then the arrest was also made.

According to the Delhi Police, the main accused, former Congress MLA Asif Mohammad Khan, has been arrested. The arrest has been made on the basis of the FIR lodged at Shaheen Bagh police station. Along with Asif Khan, two others Minhaj and Sabir have also been detained. His role in the above FIR is being probed.

Was addressing the gathering using a loudspeaker

South East District Deputy Commissioner of Police Isha Pandey said that during patrolling in the area, a police team found 20-30 people gathered in front of Tayyab Masjid. The patrolling team that reached the spot found Asif Mohammad Khan, a resident of Thokar No. 9 of Shaheen Bagh, present along with his supporters. He was addressing the supporters using a loud speaker.

Asif Mohammad Khan is the father of Congress councillor candidate for MCD Ariba Khan. When Asif Mohammad Khan was asked about permission from the Election Commission regarding crowd and address etc, he became aggressive and started manhandling while abusing SI Akshay present there. After this, on the complaint of SI Akshay, a case was registered against the accused at Shaheen Bagh police station and investigation was started. After this the former MLA was arrested.

Notably, voting for the Municipal Corporation of Delhi elections 2022 will be held on December 4 and the counting of votes will be done only after three days on December 7.