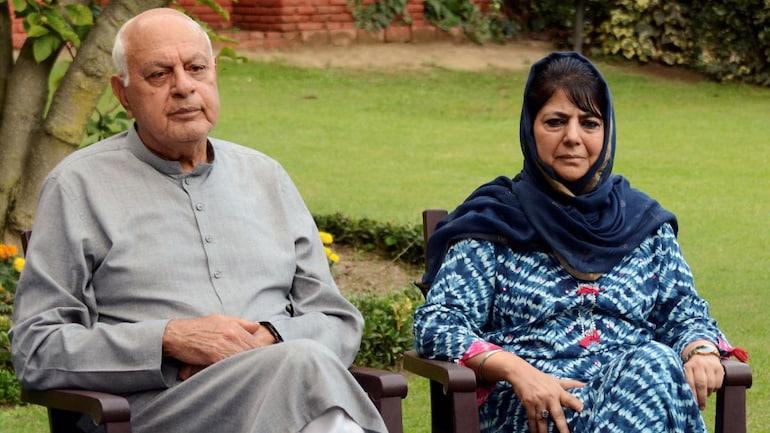 In a meeting on Monday, the PDP chief Mehbooba Mufti have decided to skip the meeting with the delimitation commission in Jammu and Kashmir while other parties too are indecisive about meeting the commission’s members.

On Monday, the People’s Alliance for Gupkar Declaration (PAGD), an alliance of six parties including the National Conference and the People’s Democratic Party had said no joint decision has been taken on taking part in the proceedings of the commission. The alliance also said that it was up to individual parties to decide whether they want to meet the delegation of the Delimitation Commission or not.

Mufti’s stand comes a day after the Gupkar Alliance expressed disappointment on PM Modi’s meeting with 14 Jammu Kashmir leaders in Delhi on June 24, claiming that the Centre had failed to act on confidence building measures such as release of political prisoners, taking concrete steps to end the siege and atmosphere of suppression that has choked Jammu Kashmir since 2019.

The Commission members will begin its four-day visit from Pahalgam, where they will meet officials of the four districts of South Kashmir – Anantnag, Pulwama, Kulgam and Shopian. Later in the evening, the delegation will travel to Srinagar where they are scheduled to meet local officials and political leaders. The visit will conclude on July 9.

The Delimitation Commission was formed in March 2020 and had extended till March 2021 in the wake of Covid-19 pandemic. Union Minister Jitendra Singh, Bharatiya Janata Party (BJP) MP Jugal Kishore Sharma, Jammu and Kashmir National Conference leaders Farooq Abdullah, Mohammad Akbar Lone and Hasnain Masoodi have been appointed by Lok Sabha Speaker as the five Associate members of the Commission.

As per the rules, the number of Assembly seats in Jammu and Kashmir will go up from 83 to 90 following the completion of the delimitation exercise. Twenty-four seats of the assembly will remain vacant as they fall under Pakistan-occupied Kashmir (PoK).

Sources said the deadline for the delimitation of parliamentary and assembly seats in Jammu and Kashmir will not be missed out this time when the Commission begin their four-day visit to the union territory. The process of delimitation is expected to be completed by March next year.

There will be four basic tenets for the delimiting constituencies – physical features, existing boundaries of administrative units, facilities of communication and public convenience, top sources said.

In other India News, Germany eased restrictions on travel from the UK, India and three other countries .