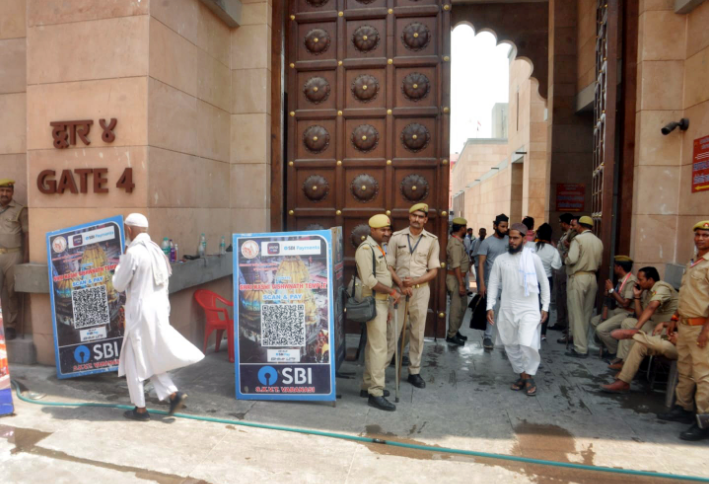 Supreme Court on Friday transferred the Gyanvapi Mosque case from civil judge to the court of the Varanasi district judge for trial. The court also observed that a slightly more mature and seasoned hand should handle the Gyanvapi mosque case.

Hearing a plea challenging the Varanasi court-order videography suvey of the Gyanvapi mosque, the bench of Justices DY Chandrachud, Surya Kant and PS Naramsimha ordered that the case will be heard by an experienced judge in Uttar Pradesh.

Once the commission report on the Gyanvapi mosque case is out, there cannot be selective leaks, the apex court also said claiming that the bench is on a joint mission to preserve a sense of unification in the country.

The apex court also said that the district judge will decide the mosque committee’s plea that suit by the Hindu party isn’t maintainable and till then interim order-protection of Shivling area and free access to Muslims for namaz- will continue, the SC suggested.

Appearing for the Masjid Committee, advocate Huzefa Ahmadi said till that application is decided what will happen in the ground? the case is being used for 4 or 5 mosques across the country. This will create public mischief, he said.

Ahmadi said If today this is allowed the someone will claimed another mosque was temple tomorrow, then report of the commission will be leaked and a narrative will be created. He also urged the court to look at the egregious effect it has on the ground and how this is being raked across India.

If there is suggestion to tweak the order to maintain peace on the ground then, the top court asked? To this, Ahmadi said the Allahabad High Court has wrongly upheld the commission conducting survey and referred the court to look at the Places of Worship Act 1991.

However, the concerned District Magistrate has been directed to make proper arrangements for observance of Wuzukhana till the next move in the case.

Shaadi karva do iski: Nikhat Zareen reveals in old interview that people used to advise her father to get her married

Is Virat Kohli going to take a break from cricket? Here’s all you need to know