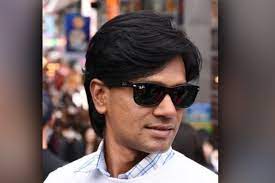 Alt News co-founder and fact-checker Mohammed Zubair was arrested on Friday evening over a tweet that he shared in 2018. Delhi Police said that the tweet contained pictures and words that are highly provocative and are more than sufficient to incite feelings of hatred among people.

Zubair was arrested over the alleged charges of hurting religious sentiments and promoting enmity. He was sent to police custody for a day.

What was the tweet that landed Zubair in trouble?

in 2018, Zubair shared a picture from a frame from Hrishikesh Mukherjee’s directorial Kissi Se Na Kehna. In the image, it can be seen that a hotel board reads Hanuman Hotel in Hindi. There were some paint marks from which it can be seen that the name was Honeymoon Hotel earlier, but was changed to Hanuman.

Meanwhile, Mohammed Zubair will be produced before Delhi Court on the expiry of his one-day policy custody remand.

The FIR against Zubair was lodged on the basis of a complaint by Delhi Sub-Inspector Arun Kumar. Kumar said that he was monitoring social media when he came across a tweet from a handle named Hanuman Bhakt, in which he objected to Zubair’s tweet.

In the FIR, it was mentioned that the transmission and publication of such posts have been deliberately done by Mohammed Zubair through electronic media to insult the religious feelings of a particular community with the intent to provoke a breach of peace.

Reacting to this, Pratik Sinha, one of the co-founders of Alt News shared a tweet in which he said that Zubair was called to Delhi for questioning in a different case from 2020, in which the court has given him protection against the arrest. But he was arrested in this new case instead, without mandatory notice.

Photo from 1983 Bollywood film landed Mohammed Zubair in jail? Know about the movie and tweet