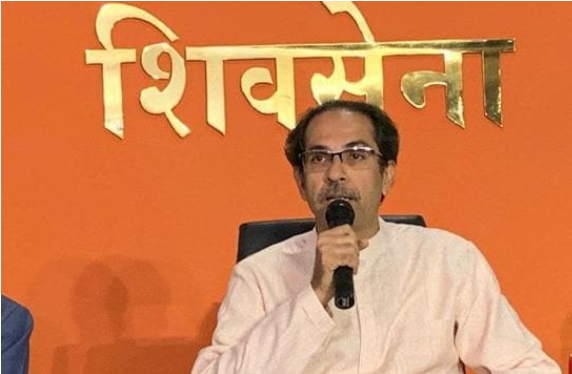 The Shiv Sena said on Saturday that while smaller countries in the neighbourhood are offering help to India to tackle Covid-19, the Modi government is not even ready to stop the work of the multi-crore Central Vista project in Delhi.

The Sena said that even as the world is battling a second wave of Covid-19, experts have predicted that the third wave will be more severe. But the ruling BJP is doing all it can to corner Mamata Banerjee in West Bengal even today.

Many poor countries are offering help to India. Earlier, countries like Pakistan, Rwanda and Congo used to get help from others but due to the Centre’s wrong policies, India is going through that situation now.

What Shiv Sena has said in Saamana?

The party also said that the system created in the past 70 years by previous Prime Ministers, including Pandit Jawaharlal Nehru, Indira Gandhi and Manmohan Singh, has helped the country live through the tough times that India is facing today.

The Shiv Sena in its mouthpiece Saamana said that the UNICEF has expressed fear that there is a threat to the world from India due to the pace at which coronavirus is spreading in the country. It has also made an appeal that maximum number of countries should help India in the fight against Covid-19. Bangladesh has sent 10,000 Remdesivir vials, while Bhutan has sent medical oxygen. Nepal, Myanmar and Sri Lanka have also offered help to ‘aatmanirbhar’ India.

The Shiv Sena expressed surprise that nobody feels regret that on the one hand, India accepts aid from countries like Bangladesh, Sri Lanka and Bhutan, while on the other, PM Modi is not ready to stop work on the multi-crore Central Vista project for construction of a new Parliament building and the house of the Prime Minister.

In Saamna, the Sena said while poor countries are helping India in their own way, Prime Minister Narendra Modi is not ready to stop the ambitious project of Central Vista worth Rs 20,000 crore in Delhi.

What is Central Vista Project?

Amidst this devastation, one project remains unaffected that is the Modi government’s Central Vista project.

The Central Vista revamp, announced in September 2019 envisages a new triangular Parliament building, with a seating capacity for 900 to 1,200 MPs, that is to be constructed by August 2022 when the country will be celebrating its 75th Independence Day.

Sources said the government is determined that preparations for India’s 75th Independence Day must continue.

What Udhav Thackeray has commented?

The Uddhav Thackeray-led Shiv Sena said a sensitive and a nationalist government would not have thought about the political pros and cons and set up a national panel of all main political parties to discuss ways to defeat the pandemic. He said BJP MP Subramanian Swamy has demanded that Union minister Nitin Gadkari be given the charge of the health ministry and this is a proof that the current union health ministry has been a complete failure.

He said that the Prime Minister will have to do a lot of hard work and think of non-political nationalism to help the country come out of the pandemic.

On Friday, Congress leader Rahul Gandhi had attacked the Union government over the Central Vista project, terming it a criminal wastage and asked the dispensation to focus on people’s lives.

What is the Covid situation the country?

We have left USA and Brazil behind in terms of deaths due to virus. The world fears India now, the Shiv Sena said. According to it, several countries have stopped their citizens from travelling to India and our country is bearing the economic brunt of the pandemic.

Arvind Kejriwal says entire Delhi can be vaccinated in 3 months