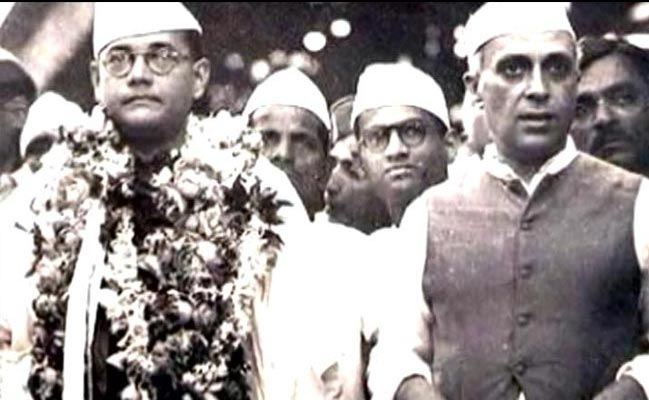 As a liberal follower of the Ramakrishna-Vivekananda movement, Subhas Chandra Bose had believed in religious harmony and considered Indian Muslims as an integral part of this land.

According to him, the first golden moment was the Gupta era and the second was created by the Indian Mughals who did not accept any other religion and made India their home by sharing the common social life of the people – their joys and their sorrows. Through this mutual co-operation, a new art and a new culture was evolved in India.

Netaji rightly uses the framework of synthesis to describe Hindu-Muslim relations in the pre-British era. In his book The Indian Struggle, Bose wrote about the policies of the Muslim rulers by mentioning that the daily life of the people was left untouched and the rulers did not interfere with local self-government based on the old system of village communities.

Mahatma Gandhi praised the communal amity characterised by the INA and Azad Hind government. Bose cooperated with the Muslim League in Calcutta Corporation, and proposed coalition governments for Bengal, Punjab and Sind.

Bose had inherited the renaissance-inspired liberal stream of socio-cultural thoughts as he emerged as a strong critic of communal and sectarian politics. In the late 1930s, he had banned for Congress to simultaneously be members of communal organisations such as the Hindu Mahasabha and the Muslim League, which was a practice among some leaders during the 1910s and the 1920s.

Contrarily, Bose could have competed with Muhammad Ali Jinnah for the loyalty of the Muslim elite, thus making a fundamental difference to the outcome of the 1946 provincial elections in which the League bagged most of the Muslim seats.

By 1937, 97% of Congress members were Hindu while the INA, led by Bose, was composed of officers and men of the British Indian Army, which was 35-40% Muslim.

Bose’s sensitivity towards Muslims came from his birth and childhood in a predominantly Muslim locality in Cuttack, Odisha, and his later move to Bengal where more than half the population was Muslim. His elder brother Sarat Chandra Bose had worked closely with the Muslim leaders of Bengal and was trusted by them.

Even assuming India was divided, Bose as the nationalist par excellence but secular to the core would have been able to outflank Hindu nationalists, including fellow Bengali Syama Prasad Mukherjee, the founder of the Jan Sangh. Nehru’s commitment to a secular India was second to none but his secularism was both liberal and effete.

Bose’s secularism tinged with hypernationalism based on the INA’s motto Ittehad, Itemad, Qurbani (Unity, Confidence, and Sacrifice) would have been far more muscular and could have prevented Hindu chauvinism from gaining traction.

However, today’s India looks very different in that case.