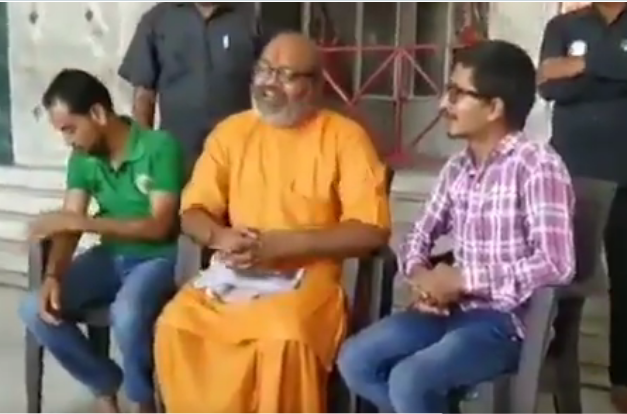 A day after the arrest of Yati Narsighanand, one of the organizers of Haridwar Dharam Sansad, the Uttar Pradesh Police clarified that he was arrested for objectionable remarks on women and not for hate speech.

Narsighanand was arrested last night by the Haridwar Police.

The police told the NDTV reporters that Narsinghanand, the chief priest of Ghaziabad’s Dasna Hanuman Mandir, has been arrested last night for his derogatory remarks against women, not the Haridwar hate speech case.

However, last night arrest of Yati Narsighanand was based on the complaint filed earlier this month for his objectionable and derogatory remarks against women of other religions.

Narsinghanand is among the people named in the FIRs lodged over hate speeches at the Haridwar Dharma Sansad organised by the Hindu Raksha Sena chief Probadhanand Giri.

A few days before, Jitendra Narayan Singh Tyagi, the only co-accused in Haridwar hate speech case, had been arrested a month after the Haridwar Dharam Sansad organised in December last year.

Tyagi, who was Waseem Rizvi before he converted, comes only after the Supreme Court intervention.

The visuals from the Haridwar event were circulated on social media and drew sharp criticism from former military chiefs, retired judges, activists and even international tennis legend Martina Navratilova.