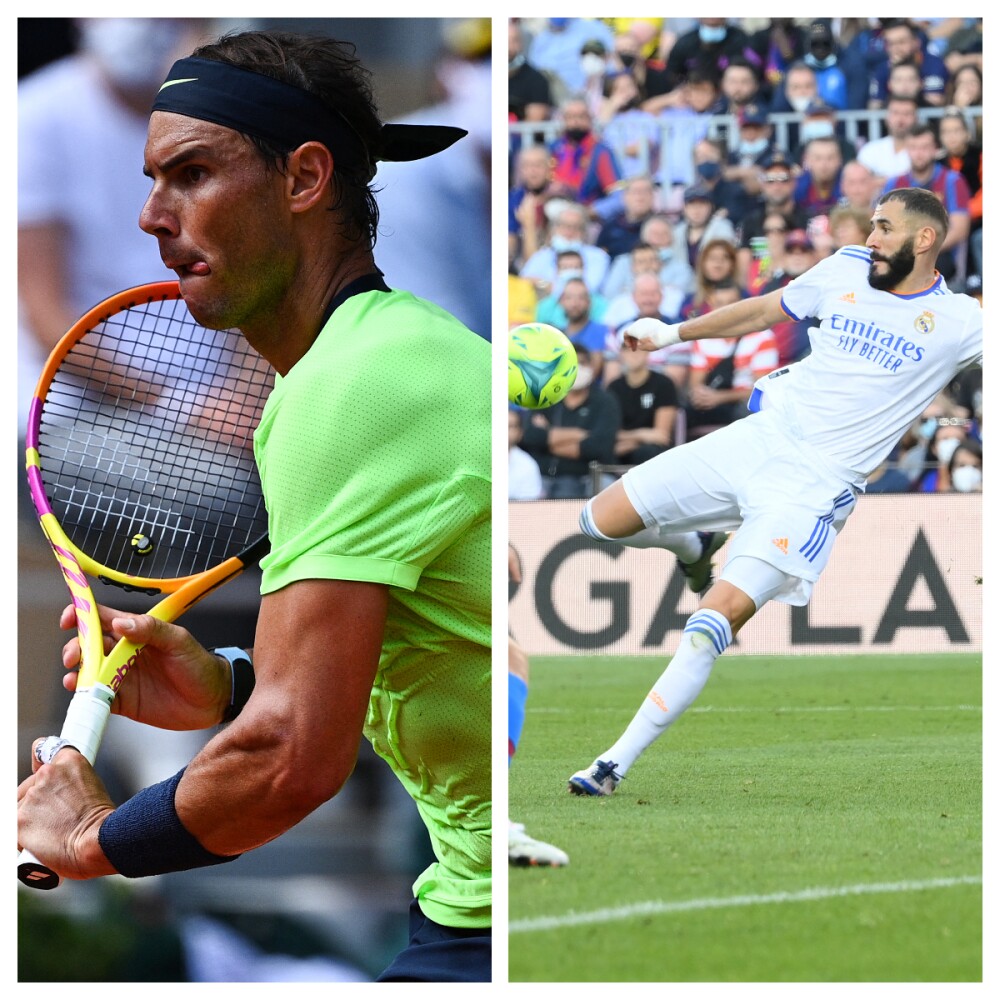 The Ballon d’Or award ceremony is set to take place on November 29 in Paris. In the midst of Messi being touted as the favourite to win the award, Nadal wants French man Karim Benzema to be recognised for his performances in recent years.

The 20-time Grand Slam title winner is a huge Real Madrid fan and he is also one of the honorary board members of the Spanish football club. Nadal took his Twitter account to explain why Karim Benzema should win the prestigious award this year. Nadal in his tweet said, Benzema has his admiration as aplayer, the professionalism and commitment he shows at this age is very commendable. He wished good luck for the Real Madrid star and said that his support for the Ballon d’Or goes to Karim Benzema.

Notably, ever since the departure of the club legend Cristiano Ronaldo in 2018, Karim Benzema has emerged as the talisman for Madrid, and is currently the Europe’s top goal scorer in 2021-22 season, netting 9 goals in the league.

Not only for Real Madrid, but the Frenchman has also been in the form for his national team and has won his first title with France National Team, after beating Spain in the UEFA Nations League final.

Recently, France Football released the 30 shortlisted names for the prestigious award, which also includes Lionel Messi, Cristiano Ronaldo, Robert Lewandowski, and many others.

Here’s the list of shortlisted candidates for Ballon d’Or 2021.

Champions League: After Liverpool, PSG victory, winning is only option for Barcelona and Man United

Cristiano Ronaldo shares his struggles after his newborn son’s demise, here’s what he said | Watch

Ronaldo also alleged that his club, Manchester United, didn’t believe him after he told the administration that his daughter was sick which led to him not going up to the president of the club and talking about it. 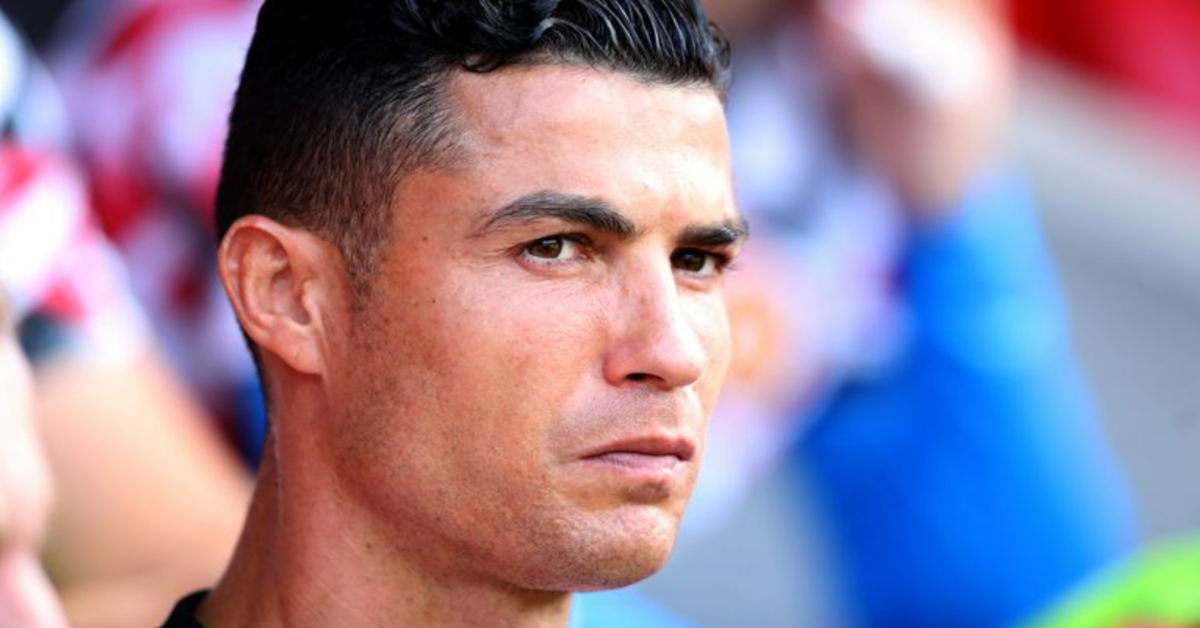 Manchester United star Cristiano Ronaldo in an interview with Journalist Piers Morgan opened up about the unfortunate demise of his newborn son. The football star in his interview stated that it was the most difficult time of his life and further added the struggle of channeling emotions.

In the video snippet of the interview, Cristiano opened up about the death of his newborn boy after he and his partner Georgina Rodriguez announced that they were expecting twins back in October. The football star stated that it was one of the worst moments that he went through since his father’s death. Ronaldo further added that he and his wife failed to find a rationale behind what happened.

Ronaldo, in his interview, also expounded on the juxtaposition of the situation where he was mourning the death of his newborn son while also welcoming his daughter into his house. Ronaldo also alleged that his club, Manchester United, didn’t believe him after he told the administration that his daughter was sick which led to him not going up to the president of the club and talking about it.

Cristiano Ronaldo and his wife Georgina Rodriguez announced the death of their newborn boy back in April after reports of the couple expecting twins surfaced back in October 2021.

Ronaldo has recently made the headlines after he appeared for a Piers Morgan interview where the Portuguese star added his takes on the inadequate functioning of the club. Ronaldo recently also added to his targeted attack on the administration of Manchester United where he stated that the American owners of the club do not care for it.

The Portuguese star also targeted his former teammate, Wayne Rooney, for his criticism about him and added that his sentiments stem from jealousy.

Cristiano Ronaldo will be leading the Portugal side in the Fifa 2022 World which is being hosted in Dubai. Portugal is in Group H along with Ghana, Uruguay, and Korea and will first start their campaign against Ghana on 24th November.

Premier League giants, Manchester City, were startled by the Brentford side as Ivan Toney stung again, after scoring one, in the closing minutes of the match which led to Brentford’s victory as the match concluded in a 2-1 win for Brentford. 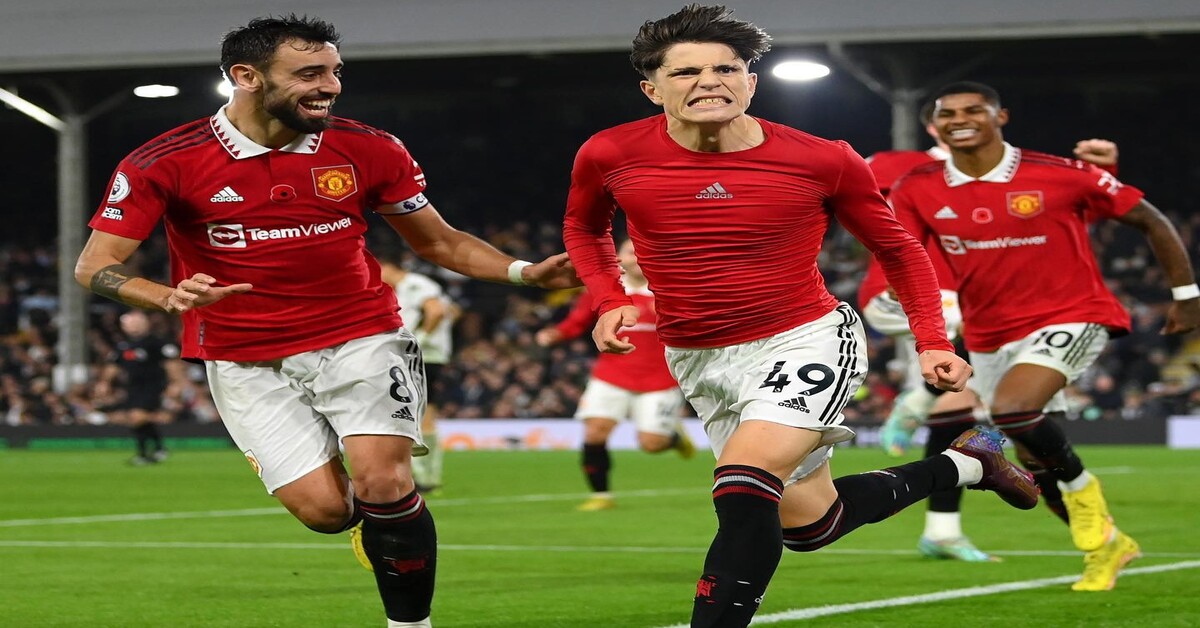 Week 16 was the last week of the Premier League until the English teams meet again after the World Cup. The match week, therefore, lived up to its expectations as each match ended up being a nail-biting fixture which saw City being stung by Brentford at the last minute and leading to City’s upset. Whereas, Manchester United was able to pull away from Fulham in the closing minutes of the game with super substitute Garnacho.

Premier League giants, Manchester City, were startled by the Brentford side as Ivan Toney stung again, after scoring one, in the closing minutes of the match which led to Brentford’s victory as the match concluded in a 2-1 win for Brentford. Liverpool vs Southampton became a riveting match-up as the reds drew first blood in the opening minutes. Southampton answered back to the first goal, however, failed to contain the reds as Nunez went on to score 2 more which concluded in a 3-1 victory for Liverpool.

Read Also: Delhi: Man arrested for chopping off girlfriend’s body into 35 pieces after she forces to marry him

Bournemouth dominated Everton’s side as the game concluded in a 3-0 win for Everton, Leicester followed suit and came out as victors with a 2-0 win against West Ham. Tottenham and Leeds United fixture became a spectacle to watch as both sides put up a good show as Leeds took a 3-1 lead in the first half, however, Bentacur and Ben Davies won the match for the Spurs as the match concluded in a 4-3 win for Tottenham.

Nottingham Forest was a stale fixture as Forest’s side won against Crystal Palace with a goal lead which concluded a 1-0 win for Nottingham Forest. Newcastle also followed suit with a goal while Chelsea failed to find any end product which led to a 1-0 win for Newcastle. Arsenal continued their winning bout with Martin Odegaard coming alive and scoring 2 goals which led the Wolves to lose 2-0 against Arsenal.

Brighton despite drawing first blood failed to contain Danny Ings as the latter went to score two goals which led Brighton’s 2-1 defeat against Aston Villa. On the contrary, Manchester United faced Fulham which put up a good fight. The defensive midfielder, J. Paulinha became a bother for United to pull ahead of the Fulham side, however, Garnacho turned out to be a super substitute as the match resulted in a 2-1 win for United. 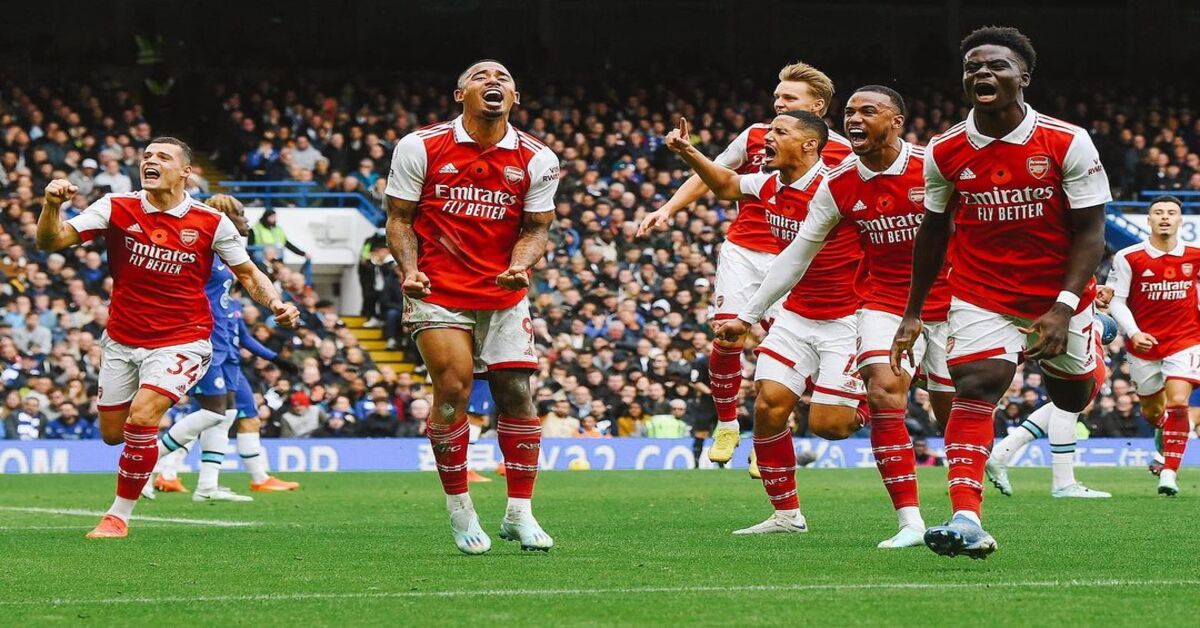 Premier League week 15 became a spectacle for the fans as the week saw high-scoring games in the fixtures. Premier League stars delivered a good performance as Haaland, Salah, Watkins, Harry Kane delivered to perform in their respective fixtures. Week 15 fixtures had Nottingham Forest’s clash with Brentford, Wolves going head-to-head with Brighton, Pep’s Manchester City squaring up with Fulham, Leeds United’s clash with Bournemouth, and Everton battling it out with Leicester City vs Everton.

The week also had two of the most anticipated fixtures as Chelsea locked horns with league leaders Arsenal, as well as Conte’s Tottenham clashing with Klopp’s Liverpool. The fixtures include Manchester United vs Aston Villa, Southampton’s clash with Newcastle, and West Ham vs Crystal Palace.

Nottingham Forest vs Brentford couldn’t conclude in a decisive way as Nottingham Forrest managed to conjure up a last-minute equalizer which led to the match tie and result in a 2-2 draw, Wolves failed to come up with a reply after scoring two as Brighton managed to tie the score in the first half and subsequently Brighton come up with a conclusive action as they scored the third which led to Brighton winning 3-2 over Wolves.

Pep’s Manchester City was taken aback by Fulham as the home side conceded a penalty and left City with 10 men in the early minutes of the first half. The star striker, Erling Haaland came to the rescue as the Norwegian scored an injury-time winner which led to City winning 2-1 over Fulham. Leeds United vs Bournemouth turned into a rain of goals as both the teams went back and forth till 3-3 after which, Leeds added another to their tally which led to Leeds’s 4-3 win over Bournemouth. Everton couldn’t contain Leicester as Tielman scored the goal of the season, whereas Barnes added to Leicester’s tally which resulted in a 2-0 win over Everton.

Erik Ten Hag’s Manchester United was surprised by Aston Villa’s new manager as the home side was able to score 2 goals in the early minutes of the game an add to their tally in the second half, whereas, United failed to catch a break as they could only find one consolation goal. Newcastle was able to breeze past Southampton as the match concluded in a 4-1 victory for Newcastle.

West Ham vs Crystal Palace almost ended up in a draw until Michael Olise dug deep for Crystal Palace and found a late winner which resulted in a 2-1 victory over West Ham.