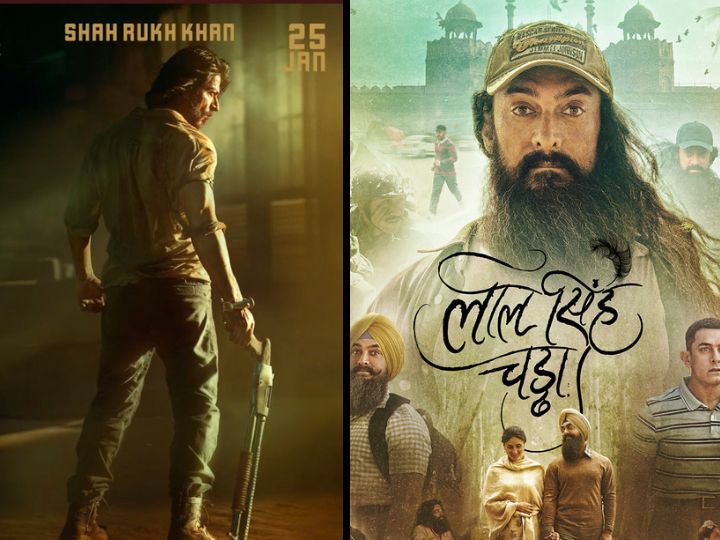 Shahrukh Khan’s comeback project, Pathan, after a long hiatus, has latched on to the Twitter boycott culture as the star has come under flak. The boycott Bollywood trend begot from Alia Bhatt’s Darlings to Ranbir Kapoor’s Brahmastra to Amir Khan’s Lal Singh Chaddha to now Shahrukh Khan’s Pathan.

Tweeple have either criticized the movies for misrepresentation of religion or for the ill portrayal of Indian views or due to the past comments made by the actors.

Tweeple lately have been launching Bollywood celebrities and their movies recently for either portraying Hindu deities or gods in bad light or for their problematic imagery of the army in recent times. Shahrukh Khan’s upcoming Project has been put under the radar as the new boycott trend plagues the movie.

Amir Khan and Shahrukh Khan have tried to reasonably speak their minds on issues pertaining to social intolerance in India and the duo has sometimes translated their words into his work as well. This has made them a default target for the much speculated political boycott trial by the tweeples.

Tweeple had previously launched Darlings for allegedly promoting domestic violence whereas Ranbir Kapoor’s Brahmastra was targeted for the practice of religion in a trivial manner. Amir Khan’s trial by Twitter had various reasons for the boycott of Laal Singh Chaddha; among which were either his past comments about the intolerance instated in Indian society was the problem or the portrayal of Hindu gods in PK inspired Tweeples to rage against the Laal Singh Chaddha actor.

Now, after the previous boycott trend, Pathan has finally caught on with the plague as twitter calls for the boycott of Pathan. Most of the time, the boycott trend has had a political connotation to it, where it can be observed that the Tweeples are only targetting the Khans of Bollywood.

Shahrukh khan’s father, Mir Taj Mohammed Khan was a freedom fighter in the fight against the colonial powers. The star’s patriotism has been time and time again been questioned but his descendence speaks for itself and the values inherited by the Kall Ho Na Ho Star.

The boycott culture, however, hasn’t shown exception to the stars lineage and targeted him too due to his identity. This prolonged trial by the Tweeples isn’t coming to an end any time soon from the looks of it, as the Bollywood fraternity tries to navigate through it while also calling it out for its insignificance.

Shahrukh Khan is all set to make a comeback with his upcoming movie Pathan, which is slated to be in the theatre by next year on 23rd January. The movie features Deepika Padukone and John Abraham alongside King Khan.