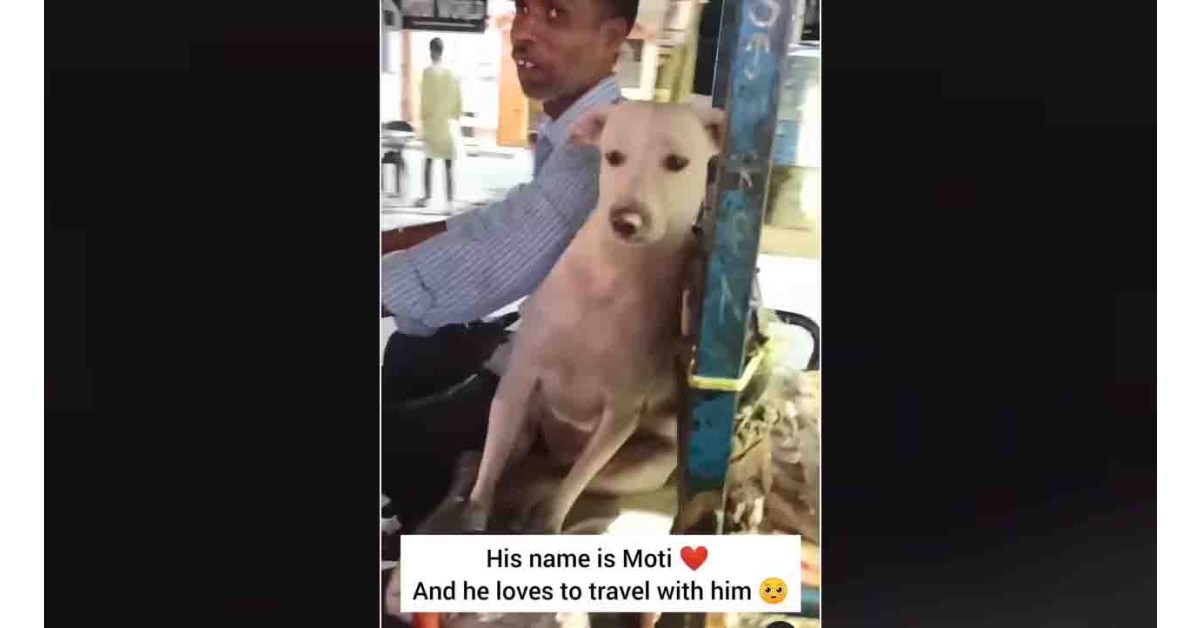 Social media is full of cute animal videos. We have often seen adorable cat and dog videos that warm our hearts. One such adorable video is surfacing on the internet which will definitely melt your heart. A video shows an adorable bond between an e-rickshaw driver and a street dog.

The video is shared by an Instagram page ‘adoptionplz’ that is dedicated to rescuing animals. The caption reads While I was returning from a rescue, I saw this dog named Moti who was enjoying his ride. When I asked that person, he told me that Moti loves to travel with him daily.

In the video, the dog is seen seated next to an e-rickshaw driver and the man is driving with a broad smile on his face. Since the video was uploaded, it has garnered around 2 million views and over 258k likes.

Read Also: Viral: Bengaluru doctor runs 3 km to attend to his patient due to heavy traffic

People are seen flooding the comment section with their adorable comments. The video has touched the hearts of several people. One user wrote Rich by heart bro, moti is very cute. Stay blessed both of u.

Another said Moti is really blessed to have you, sir. God bless both of you. Most of the people also showered hearts. A third user wrote Respected Sir Godbless you Ji with family and Dear Godbless you take care all.

One of the users also shared one such experience in the comment section. He wrote, Recently he saw a dog travelling with a rickshaw driver and he was fully covered with a cloth. When he asked him why the dog is fully covered, he said the dog has lost both arms and legs in an accident. That rickshaw driver is unmarried and he looks after him and considers that dog as his son. He said this really melted his heart. The man is poor but rich by heart, he added.

Bihar: Minor girl gang-raped in front of her boyfriend in Vaishali

Viral: Bengaluru doctor runs 3 km to attend to his patient due to heavy traffic 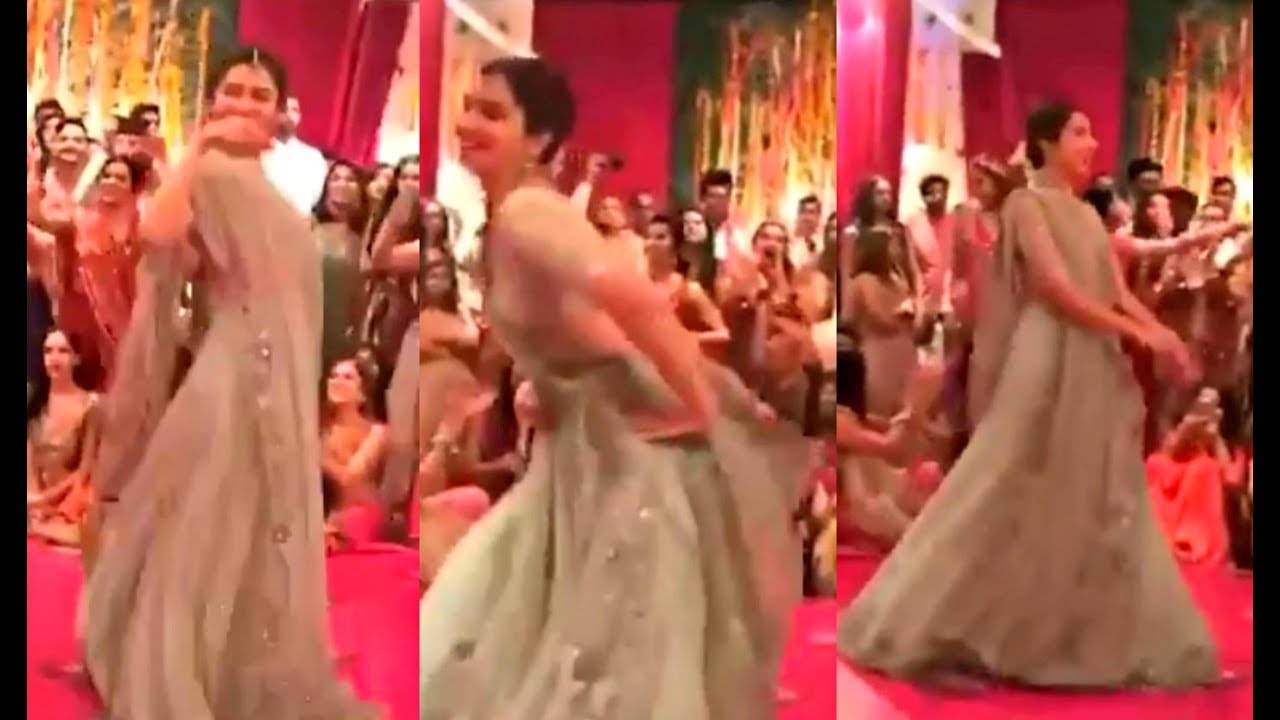 In a couple of videos shared on Twitter, Mahira, draped in a green lehenga and wearing matching green bangles, is seen grooving to the beats of these famous Bollywood songs at wedding function celebrity PR Frieha Altaf’s son, Turhan James in Pakistan.

The actress enthralls the guests at the wedding with her killer dance moves as they cheer her on.

She made her Bollywood debut in Shah Rukh Khan’s Raees, and is wildly popular in Pakistan for her stellar performances in TV shows like Humsafar, Shehr-e-Zaat, Sadqay Tumhare and blockbuster movies like her last project The Legend Of Maula Jatt co-starring Pakistani actors Fawad Khan, Hamza Ali Abbasi and Humaima Malick.

Mahira made her movie debut Atif Aslam’s Bol and has since featured in hits such as 7 Din Mohabbat In, Superstar, Bin Roye, Ho Mann Jahaan, among others. 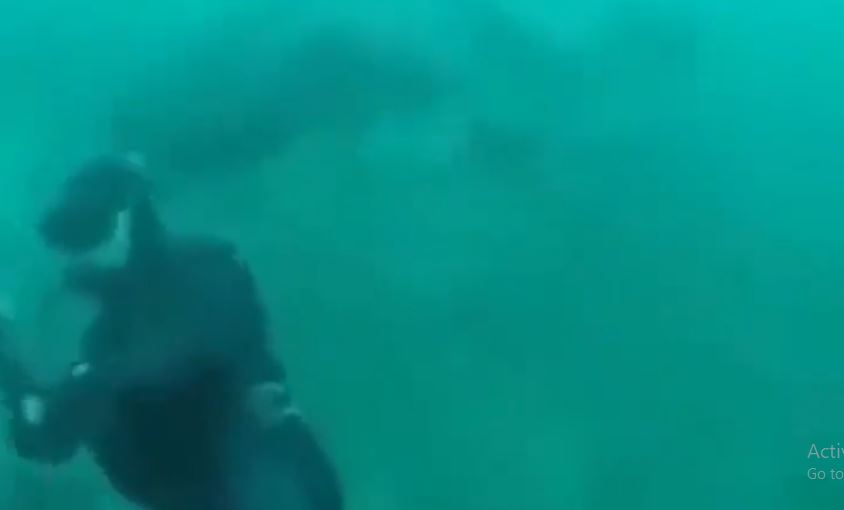 A shocking video is doing rounds on all the social media platforms, where a man inside the ocean was bumped into a massive shark. It is not confirmed yet from where the clip has been generated, but the dangerous encounter with a wild shark and human going viral on the internet.

The blood-curdling footage has been shared by the page on Twitter named OddIy Terrifying. They also captioned the post where they wrote the scary encounter between a diver and shark in bad visibility conditions.

In the video, a diver inside the ocean in not-so-good visibility was seen posing for the camera without realizing a big shark was approaching him. As the clip moves further, it shows the big fish literally hitting the man on his head while making its way ahead. As soon as both collide with each other, the man ducks down immediately in order to save his life.

Ever since the clip was shared on the internet, it has attracted a lot of views, likes and reshares in no time. Many internet users also shared their opinion about the same in the comment section.

One of the users commented that the guy is so lucky that a wild fish spared his life. Another user wrote that the shark must not be in the mood to hunt or it may be not that hungry at that time. While the third user shared a similar incident that happened to him. He revealed that when he was swimming in the ocean, a shark literally chased him for while, but luckily it did not harm him.

Meanwhile, this is not the first time such a clip grabbed eyeballs on the internet. Earlier, a similar clip went viral on the internet, where a lady was seen touching the shark as if she knew it for a very long time. 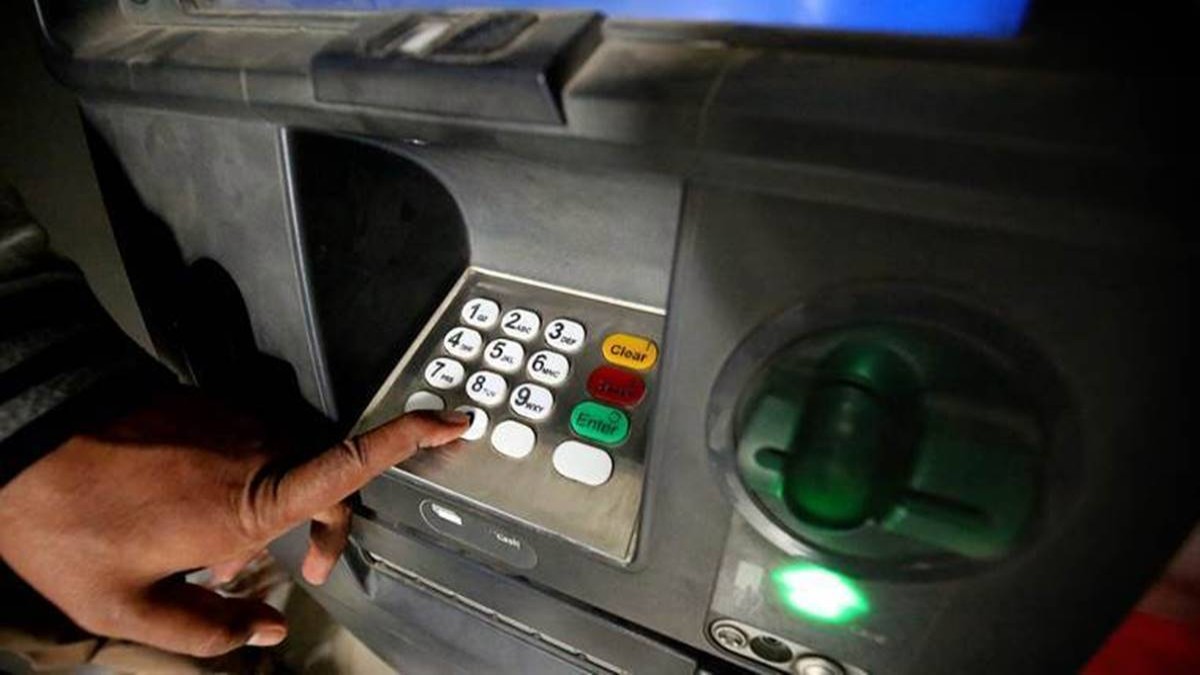 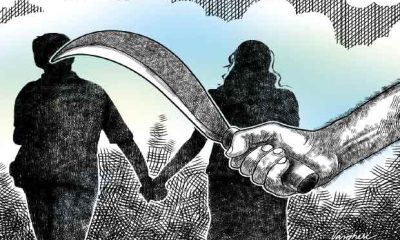 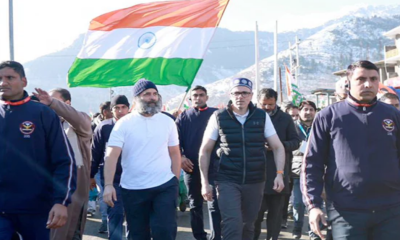 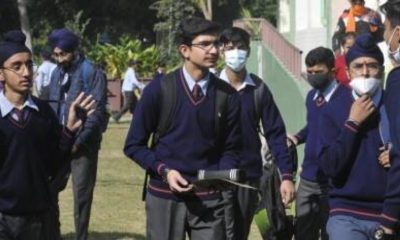