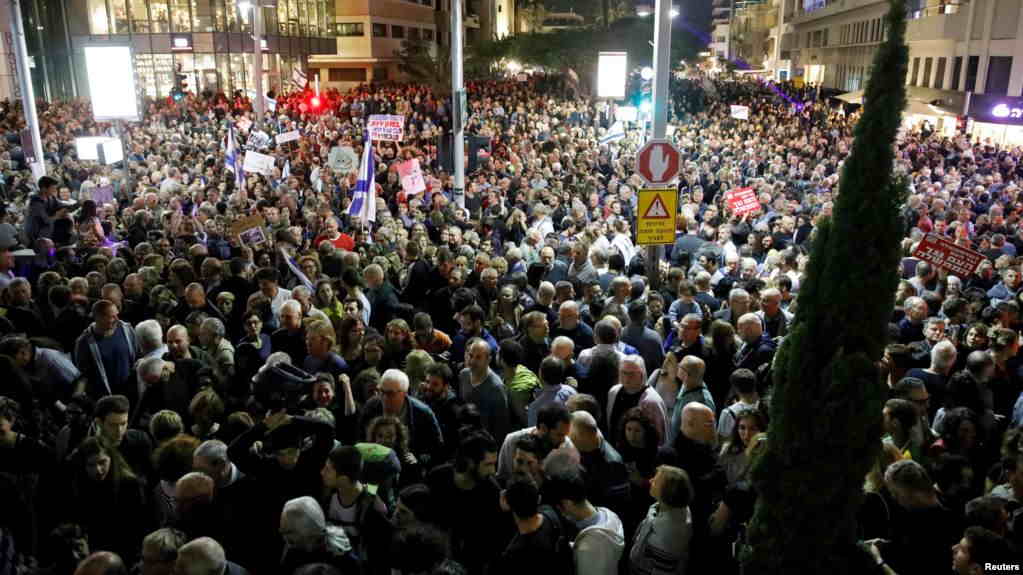 Amidst world-wide protests against US President Donald Trump’s announcement of recognising Jerusalem as Israeli capital, Prime Minister Benjamin Netanyahu was facing ire of more than 10,000 protesters at home in Tel Aviv on Saturday. He could have been the happiest person, if protesters were not venting their anger against his regime for corruption demanding his resignation from his office.

According to Israeli media reports large number of people turned out for the protest dubbed the “March of Shame” in Tel Aviv and other Israeli cities. The event was part of the weekly protests against alleged corruption against Netanyahu. He has already faced investigation in two different cases in which he is suspected of being involved in bribery, fraud and breach of trust.

The prompting banners were raised during the protests: “Crime Minister,” “Neither left, nor right (we demand) integrity,” “We are fed up with corrupt (politicians)” and “Sweep the corrupt away.” 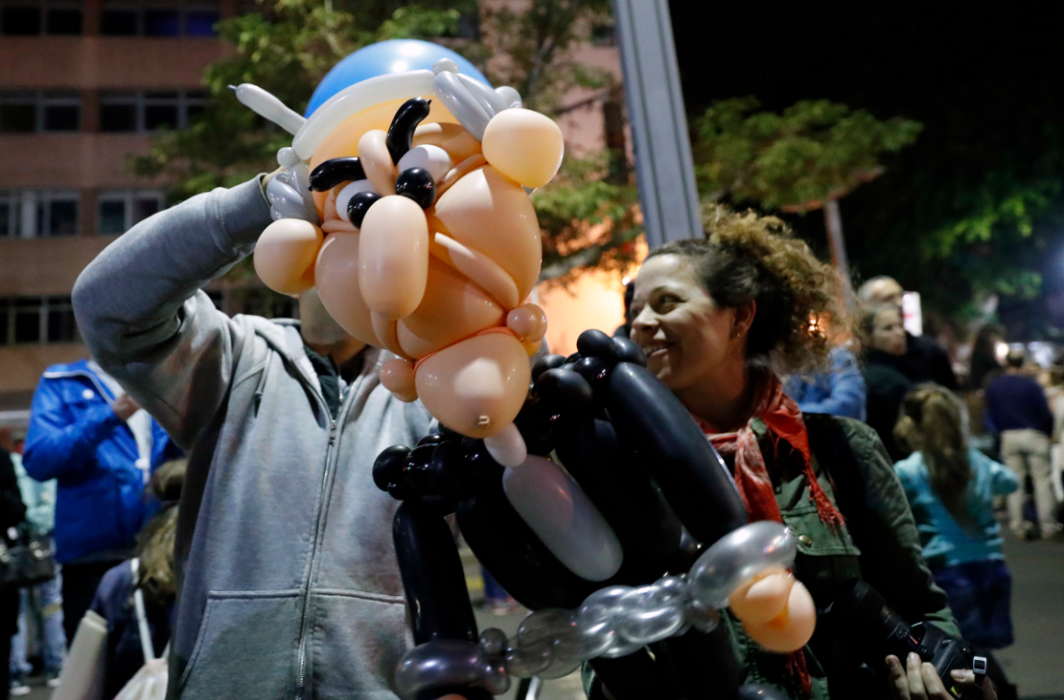 One of the demonstrator said the Israelis “don’t like … the behavior of our leaders.I came to protest this unbelievable racist and corrupt regime. We are going to keep coming to protest until Netanyahu goes down.”

According to media reports, another participant, Sigal Aviv, stressed that in addition to graft, the event was meant to denounce the Tel Aviv regime’s policies such as occupation and mistreatment of refugees.

Netanyahu is suspected of having received luxury gifts from businessmen overseas and involvement in an alleged media bribery scheme to help Yedioth Ahronoth newspaper against its competitor Israel Hayom in return for favorable coverage.[/vc_column_text][/vc_column][/vc_row]