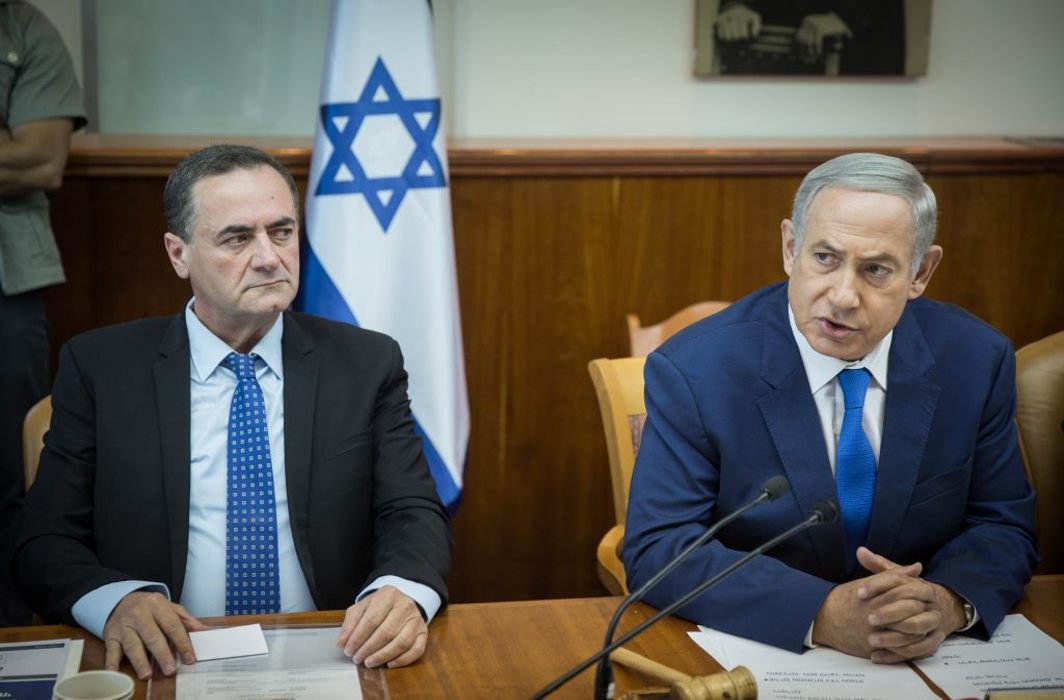 Amidst growing contacts between Israel and Saudi Arabia without formally having diplomatic ties, Israeli Prime Minister Benjamin Netanyahu and his transport minister Katz have agreed to begin promoting their “Tracks for Regional Peace” initiative which is aimed to create route connecting Europe with Gulf and Israel.

Israel’s Hadashot news revealed it on Saturday saying “Track of Regional peace” is based on the planned extension of railway tracks in northern Israel. It would link Haifa’s seaport to Jordan’s rail network, which in turn will be linked with that of Saudi Arabia and other Sunni Arab states.

The Times of Israel reports that “the network is envisioned as creating a regional transportation system to enhance trade relations and promote peaceful coexistence.”

According to a Public Relations video from Netanyahu and Katz’s offices, the initiative will see the erstwhile extension of the Haifa-Beit She’an rail line to Jordanian border and will also include a stop in Jenin, connecting the Palestinians to the broader plan. Goods would be shipped from Europe to Haifa, allowing them to bypass civil war-torn Syria.

Earlier in April, Israeli Intelligence and Transport Minister Yisrael Katz told London based Saudi funded online newspaper, had described about the railway project. He reportedly said, “This is not a dream at all. This can be realized if there is a will”.

The Israeli minister was allowed to reach Arabic speaking people through Saudi publication at a time when there were wide-spread protests against US President Donlad Trump’s announcement of his intention to recognize Jerusalem as the capital of Israel.

Katz’s proposal was to :revive” the historic Hejaz railway by extending the current Haida-Beit Shein train line in Israel into Jordan and joining it with an extra line extending from the Palestinian city of Jenin. New tracks will be laid in Jordan from the crossing to Irbid, which would connect with esisting and new lines extending north to Damascus, the Syrian capital, east towards Iraqi capital Baghdad, South through Saudi Arabia to the Red Sea and the Gulf.

He reportedly said, “My vision to connect Saudi Arabia and the Gulf states and Jordan to the Haifa port and the Mediterranean Sea will transform Israel into a centre for naval transport and strengthen the Israeli economy.”

Israel has allocated 15 million shekals ($4.3 billion), in its 2019 budget, to extend the current railway to Sheikh Hussein border crossing in Jordan.

TRT World reported at that time saying, “Unlike the environment Israel found itself in during its establishment in Palestine 70 years ago, it has forged ties with several unlikely allies and partners in the region as the dynamics in the Middle East are increasingly shaped by Saudi Arabia’s attempts to counter Iran’s growing presence and power in the region.”

Beirut based Hezbollah owned Al-Manar network reports, “It is worth noting that Netanyahu and other Israeli officials have repeatedly highlighted the cooperation ongoing between the Zionist entity and a number of Arab states in various domains”. Like Iran, Hezbollah does not recognize Israel as a country, instead they call it “Zionist entity”.

Sarah Sanders thrown out of restaurant for working with Trump