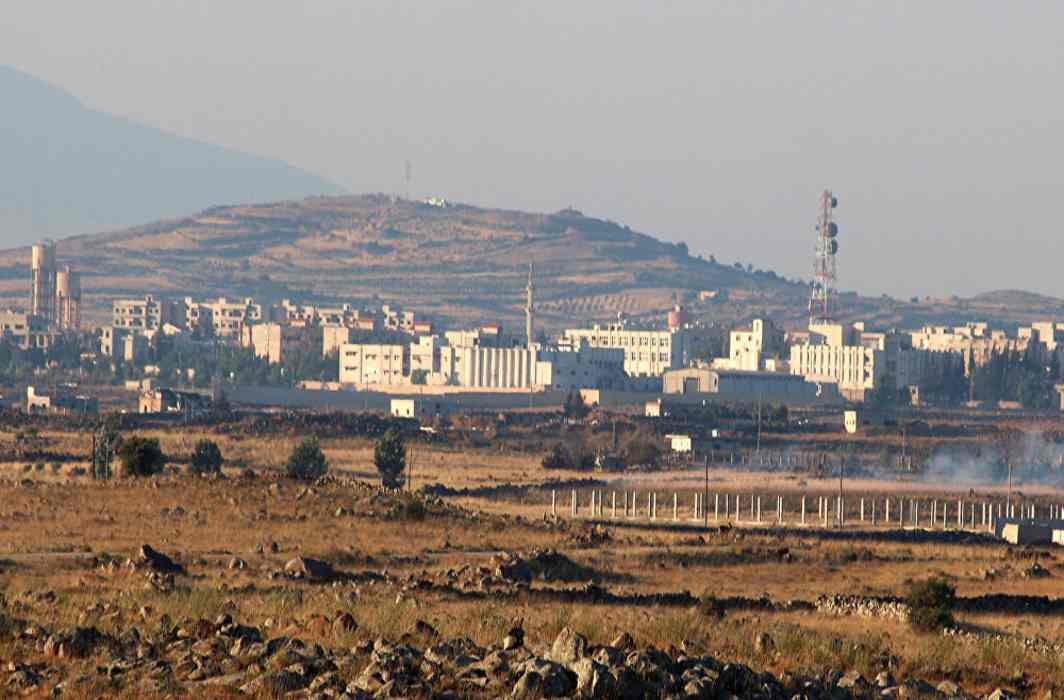 Stepping ahead for achieving full control over their territories from the terror groups, Syrian government troops have regained control of a strategic hill overlooking the Israeli-occupied Golan Heights.

According to Syrian state-media report, troops loyal to President Bashar al-Assad took control of the al-Haara hill on the second day of an offensive aimed at retaking the remaining pockets of opposition in Quneitra province. The area is situated along the border with Israel.

The highest ground in Deraa province fell into rebel hands in October 2014. It was heavily bombed by Russian and Syrian army air raids over the past two days as part of their ongoing efforts to vacate the territories from the most dreaded and well equipped terrorists.

Aljazeera reports that the violence is taking place a few kms away from the line marking the start of the United Nations Disengagement Observer Force zone, an area monitored by a UN force since 1974 following the Arab-Israeli War.

Meanwhile, Israel has warned of a “harsh response” should Syrian government forces be deployed in the area and perceives the presence of Iranian and Hezbollah troops, a threat to its security interests in the region.

In another development Russian President Vladimir Putin, while talking to Fox News, has stressed that terrorist organisations bear responsibility for civilian casualties in Syria. He has also reiterated that large number of civilians have been killed in the fierce and daily shelling by the US on Raqqa city.

Putin has also hoped that there will be progress in the cooperation with Washington with regard to setting the crisis in Syria.

Since the beginning of the reversal of situation Syrian government forces with the support of Russian Air Force, Iranian military advisors and Hezbollah fighters, have so far cleared most of the important cities, including Raqqa, Aleppo, Deir az-Zawr, Ghouta, Homs, Hama and several adjoining areas.

During the army operations Russians have been playing important role by negotiating with the terror organisations offering them safe passage and have been transported in government provided buses to the areas in and around Idlib in northern Syria.