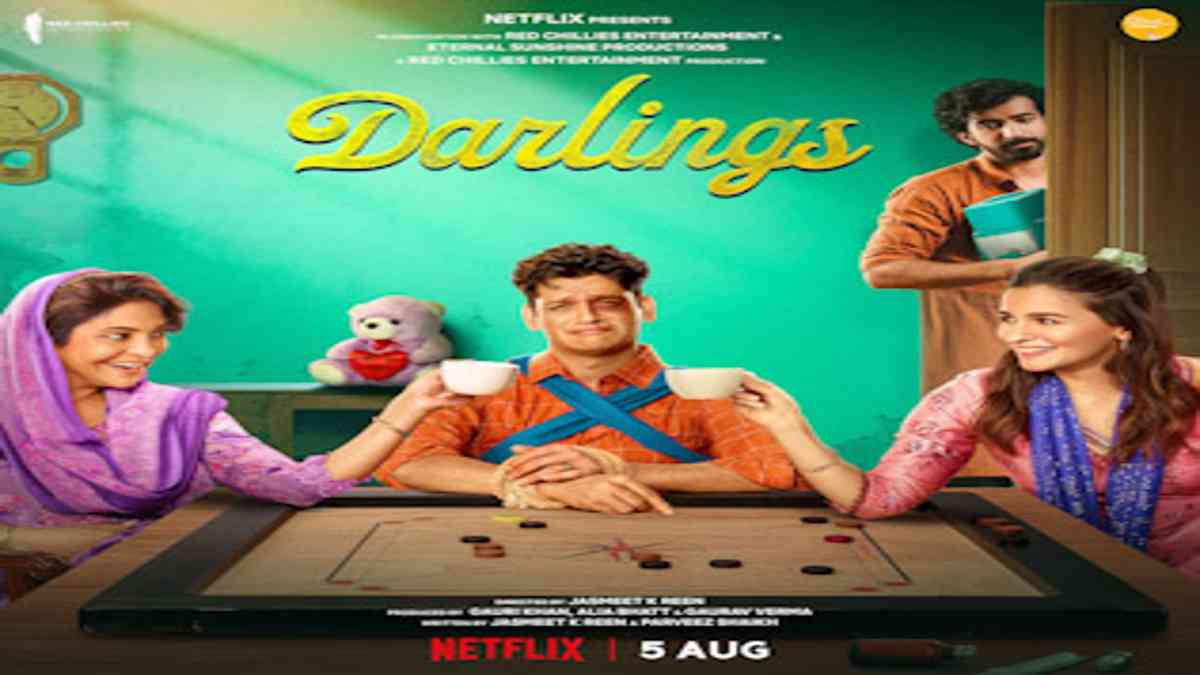 Alia Bhatt starrer Darlings will hit the silver screen on August 5. Ahead of its release, the film is receiving major criticism on social media. Twitter on Thursday remained dominated by tweets under #BoycottDarlings and #BoycottAliaBhatt.

Tweeple are blasting and disapproving of the film and calling it out for promoting domestic violence against men.

Darlings’ trailer was dropped on July 25. From its trailer, one could guess how the film’s trajectory goes from light-hearted comedy to a dark comedy which touches upon the subject of domestic abuse.

A section of social media users is calling for boycotting Darlings citing the promotion of domestic violence against men. As burdening as these allegations are, it is quite not the reality of the film.

The plot of Darlings is set inside a premise of how the wife, played by Alia Bhatt, of a volatile and alcoholic husband, played by Vijay Varma, tries to reform her husband’s insensitive behaviour, until one day she had enough, as she seeks revenge.

The storyline of the film can be anything but promoting domestic violence against men. At best, it can be critiqued for trivialising the reality of women who go through similar predicaments but don’t have the option to take similar stringent actions.

Shahid Kapoor and Kiara Advani starter Kabir Singh, which did quite a number at the box office, created a massive controversy during the time of its release. The film was accused of encouraging toxic masculinity and sexism in society. Some might also suggest that this portrayal of a woman seeking revenge in Darlings is quite similar to Kabir Singh.

However, the dynamics of both the characters are dissimilar to the point that it doesn’t actually need articulate reasoning for anyone to guess the difference.

Though it is important to comprehend that the actions taken by the lead in Kabir Singh were due to the complexity of the character, which could arguably be a celebrated reflection of hypermasculinity in society. It is quite contrary to the role played by Alia in Darlings.

Alia’s character doesn’t adopt a preceded mindset of every woman, her character only explores the extremes of a woman’s mindset who is responding to domestic abuse which sets the two characters apart as polar opposites in terms of dynamics.

The character played by Shahid Kapoor in Kabir Singh is an oppressor whereas Alia Bhatt’s character Badru is the one who is being oppressed. This is what would have happened to Preeti in Kabir Singh if she had enough of Kabir’s hypermasculinity way of life.

The call for a boycott by the so-called cinema lovers can be speculated to be fueled by the political bias against Bollywood that has recently settled into the country. The vilification of Bollywood, which tangibly came into play after the death of Sushant Singh Rajput, began a reservation against star kids who profits off by being a product of nepotism.

Alia Bhatt, the daughter of filmmaker Mahesh Bhatt and Soni Razdan, also faced a lot of criticism for being a star kid. She, however, managed to recede the tag through her incredible performances in films like Gangubai Kathiawad, Gullyboy, Highway, Raazi, and others.

Bhatt troop and their political opinions

Another faction that has reservations against Alia and her family is the ones whose political ideologies do not align with the Bhatts. Alia and her family have had a history of speaking their mind and sharing unpopular opinions on several occasions.

Alia, during the Police Crackdown on the students of Jamia Millia Islamia, posted a question on social media urging her friends from the fraternity to tweet or message Prime Minister Narendra Modi by condemning the actions taken by the police.

Soni Razdan had also once opined how she will believe she would be better off living in Pakistan, which was said in light of the situation in India.

Alia Bhatt and her citizenship

Alia Bhatt and Soni Razdan have a British citizenship. The mother-daughter duo cannot vote during elections in India. Earlier, Alia has expressed about hoping to have a dual citizenship as she would love to vote.

Both Alia and Soni were brutually trolled over their citizenship back then.

The highly-anticipated film Darlings marks Alia Bhatt’s debut as a producer and her second collaboration with Vijay Varma after Gully Boy. Are you rooting for Darlings?