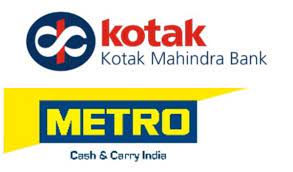 The new METRO Kotak Credit Card is a credit card launched by Kotak Mahindra Bank Limited jointly with METRO Cash & Carry to offer a hassle-free, affordable credit service to their customers. METRO Cash & Carry has over 3 million registered customers who can avail a facility of interest-free credit for up to 48 days.

This card is available on RuPay network. Moreover, the main beneficiaries of this credit card would be the existing customers of METRO Cash & Carry. To learn more about its benefits and features, please keep reading.

The top 7 features and benefits of this new credit card include the following:

So, apply for credit card and make the most of these perks.

The METRO Kotak Card uses the RuPay contactless payment method for a faster and easier way to pay. Moreover, these transactions are secured with just one tap, without having to enter your PIN code. Using this method, you can pay up to Rs. 5000.

The benefits of contactless payment include:

How to Apply for METRO Kotak Credit Card

To apply for a METRO Kotak Credit Card online, you can follow these five simple steps:

Step 1: Go to the official website of Kotak Mahindra Bank

Step 3: Under the credit cards section, you will see the “METRO Kotak Credit Card” option. Click on it.

Step 5: In the redirected page, enter all necessary information and details and submit.

Step 6: Wait for confirmation from the bank’s professionals. They will get in touch soon.

Before you apply for the Kotak Credit Card, you must know where you stand in terms of eligibility. The following are the criteria you need to meet:

Documents and other necessities include:

Kotak Mahindra is one of the top financial Institutions in India, whereas METRO Cash and Carry is a prominent organised wholesaler and food specialist. The new co-branded credit card, known as the METRO Kotak Credit Card is an initiative that offers you a hassle-free experience when you are shopping in bulk quantities. For instance, their no-interest credit repayment policy can significantly reduce your repayment burden. In this article, the prime benefits and features of this card have been discussed, so that you can avail the most out of shopping at METRO Cash and Carry.

Which are the best numbers in Roulette to bet on? 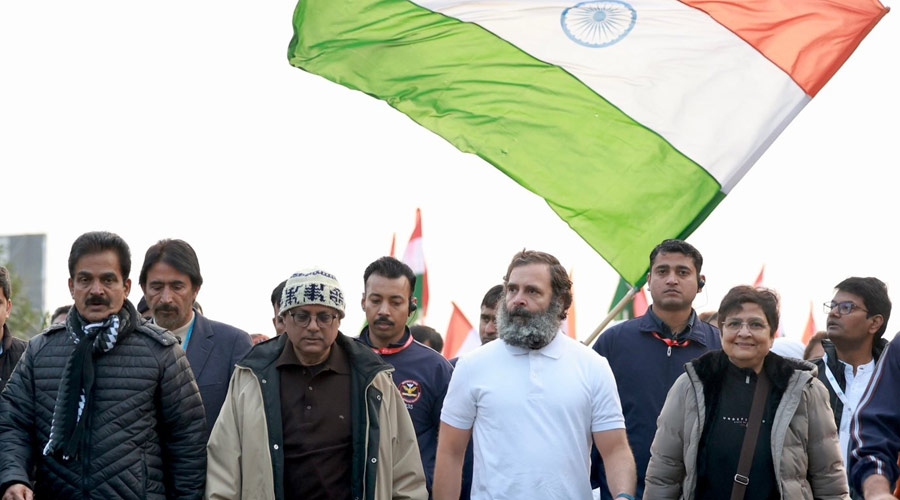 The delegation briefed the Congress leader on several issues faced the Kashmiri Pandit community including “targeted killings” by terrorists and the resultant protest by those employed under the prime minister’s package.

Members of the delegation also accused the BJP government of “using” the community to further its political goals and spread hate and division among Muslims and Hindus, especially in Kashmir.

A Kashmiri Pandit migrant, Jitendra Kachroo, who came all the way from Uttar Pradesh, where he’s settled after migrating from Kashmir, showered high praise on Gandhi, who he called a “very nice human being and a very simple person.”

Kachroo said that it was heartwarming to meet Gandhi as he patiently listened to their issues.

Kachroo accused the BJP regime of “using” the Kashmiri Pandit community to further the saffron party’s political agenda and alleged that the Narendra Modi-led government never actually meant to resolve their issues but only use them spread hate and division along communal lines.

He said that Muslims and Hindus used to live in peace in Kashmir as both communities share the same culture, dress and even surnames, but divisive forces in both camps tore the Kashmiris apart.

The delegation has also invited Rahul Gandhi to their Jagti township along the Jammu-Srinagar National Highway. Members of the delegation said that he is likely to visit the community on his way to Kashmir.

Social activist Amit Koul, who was part of the delegation, said they briefed Gandhi on the issues faced by the community such as employees who were given jobs under the prime minister’s package employees by the previous Manmohan Singh-led UPA government.

Koul said the employees are on protest over the past six months in Jammu demanding relocation out of Kashmir valley due to fear of targeted killings and their salaries have been withheld.

Around 4,000 Kashmiri migrants Pandits were provided jobs under the prime minister’s employment package in various state departments in 2008.

The package includes two major components- 6,000 jobs for the youth from the community and building as many accommodation units for the recruited employees.

However, many of the employees fled to Jammu after one of their colleagues, Rahul Bhat, was shot dead by terrorists inside his office in Budgam district on May 12. The incident was described as a case of targeted killing.

He said that the delegation raised several other issues faced by the community including the enhancing the relief, and also invited Gandhi to Jagti township.

The Congress leader has assured them that he will visit the township on his way to Kashmir valley and raise the issues of the community in and outside the Parliament. 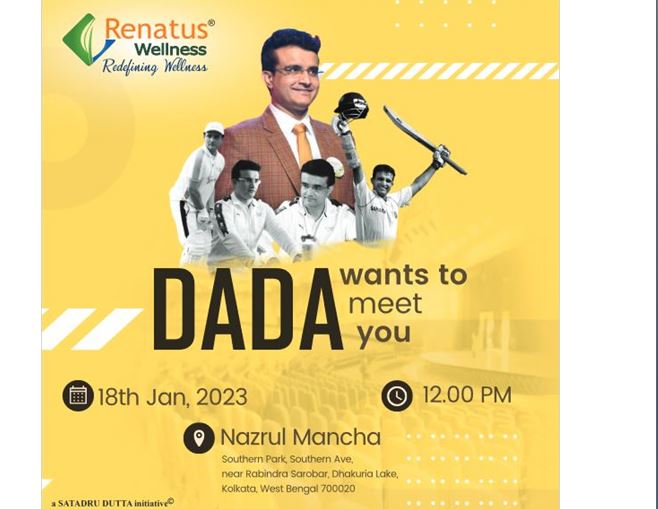 Renatus Wellness is a transformational wellness and health company which aims to revolutionize the Indian health market with its holistic and ayurvedic based products. The company, started by Dr. Subrata Dutta in 2018, has not even once looked back since its launch of its first product, Renatus Nova, a nutraceutical ayurvedic drink. Since then, Renatus Wellness has launched a wide array of all natural products- soaps, toothpaste, body cleanser, hair cleanser, and handwash.

Renatus Wellness was started with the aim to bring back the old ayurvedic and holistic practices in the products to give an all-natural approach to them. It includes products needed from day to day, cosmetics, health supplements and many more. The reception of these products has been enormously successful in the Indian market. The company has a thriving customer base and has garnered over 5 lakhs in just 3 years. The company has the distribution of its products over almost entire India. The company has been awarded with the Wellness Start-up of the Year, 2022 at the Bharat Start-up Awards and Fastest Growing Quality Health and Wellness Products Direct Selling Company at the India ICON Awards, 2023.

Renatus Wellness holds quite a number of product launch programs in the past. The company held its last event for the launch its protein powder in Eden Gardens, Kolkata on 2022 under the presence of its brand ambassador, Mr. Sourav Ganguly with a gathering of almost 1500 people. Now, the company organised “DADA Wants To Meet You”, an exclusive Meet & Greet session with Mr. Sourav Ganguly on 18th January, 2023 in Nazrul Mancha, Kolkata. The company announced to launch a few products under the same event.

Dr. Subrata Dutta is a motivational speaker and founder of Renatus wellness Pvt. Ltd. He is a transformational guru and entrepreneur who has over 15 years of experience in network marketing business; besides being the author of the book, A Map to the Pinnacle of Success. He has been appointed as an Executive Member of FDSA – the “Federation of Direct Selling Association” of India and also has received quite a number of awards. He was awarded with “Doctor of Business (Specialization in Wellness & Direct Sales)” in November 2022 by Global Human Peace University. He has also been nominated as recipient of “Doctor of Business (Specialization in Business, Mind Motivational Training & Development) by World Human Rights Protection Commission. He is also recognised as the Achievers of the Year 2022 by Business Outreach Magazine.

Which are the best numbers in Roulette to bet on? 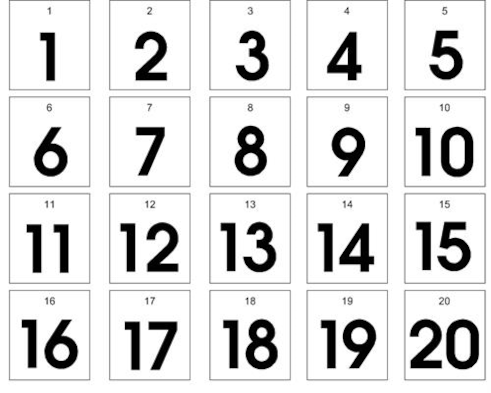 What numbers win at roulette the most frequently is a thing that all visitors of the best online casinos in India want to know. Experienced players have deduced several working strategies that help to win more often.

Of course, roulette is a game of chance whose outcome is impossible to predict. But a little bit of math, logic, and other people’s experience helped to make certain rules.

RajBet casino India users believe that some numbers fall out more often than others. Lightning roulette live is one of the most popular versions of this popular casino activity and here are some bets that can be profitable.

Betting only on red or only on black is profitable and convenient because the roulette wheel is numbered with an equal number of red and black fields. So, the probability of winning here is 50/50. Betting on even or odd numbers or betting on the first 12 numbers or the second 12 numbers works according to the same principle

The system of betting on hot or cold numbers is as follows. The numbers drawn the most and least in the last twenty-four hours or the last five hundred spins are checked. It sounds a bit non-proven and not scientific, but based on the experience of hundreds of thousands of RajBet online casino players, such schemes have been deduced. The numbers 7, 17, 23, and 24 are the hottest numbers on most roulette spins. So, they fall out most frequently. And the numbers 3, 6, 13, and 34 are the coldest. Consequently, they fall out the least often.

The numbers 7 and 17 have their special magic. It sounds a little superstitious, but after all, the experience of numerous players confirms that they fall out most often.

The number 17 is a special and legendary number for gamblers. In 1963, Sean Connery played roulette at the famous Casino de la Vallee in St. Vincent (Italy) and bet on 17. He won after the third spin; that chance is one in 50,000! Also, the famous roulette player Mike Ashley won more than a million euros from the first spin, betting exactly on 17!

The number 13 is considered an unlucky number in many countries and nations. There are houses in which there is no 13th apartment. There is a professional “fourteenth guest”. This person comes to meetings where 13 people are supposed to gather.

After all, there is a superstition that if there are 13 people at the table, one of them will die within a year. But, of course, some people are very lucky with this particular number. But according to roulette statistics, it is considered very, very unsuccessful.

Of course, these tips can make your game more successful, but they are not universal. To get the game with the most beneficial ending, do not forget about the following things:

Play with pleasure. Believe in your luck, but don’t forget to use logic. And do not forget the most crucial thing: fortune loves those who love themselves!