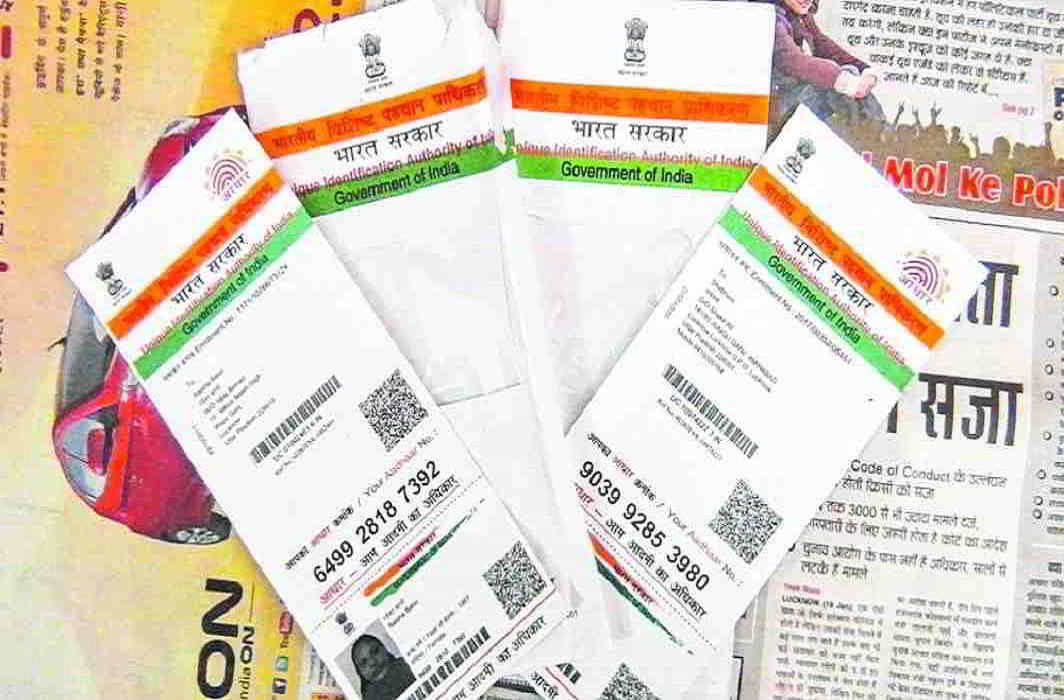 [vc_row][vc_column][vc_column_text]The apex court is hearing three petitions challenging the constitutional validity of an amendment made in the Income Tax law during Parliament’s Budget Session that forces people to link their Aadhaar to their PAN card.

Defending the Centre’s move to link  the Aadhaar numbers to PAN cards, the Narendra Modi government told Supreme Court on Tuesday that concerns over the breach of citizen’s privacy due to use of Aadhar were “bogus”.

Attorney General Mukul Rohatgi described the drive to link Aadhar with the permanent account number (PAN) mandatory as a move to fight terrorism and black money.
“It (Aadhaar) is an effective tool to check terror financing and black money. It ensures that money meant for poor people reaches them…The idea is that burden on honest people who pay tax should not be made unbearable for them,” Rohatgi told the bench of Justice AK Sikri and Justice Ashok Bhushan.

The top court is hearing three petitions challenging the constitutional validity of an amendment made in the Income Tax law during Parliament’s Budget Session that forces people to link their Aadhaar with their PAN card.

Rohatgi said that too many unnecessary issues have been raised on the government collecting biometrics for Aadhaar. He said finger prints and photographs were taken earlier too for passports but the difference this time was that it was not on paper but in an electronic medium. He also argued that the government was entitled to collect a person’s details if it was providing some facility.

“The arguments on so-called privacy and bodily intrusion are bogus,” Rohatgi said, adding, “one cannot have an absolute right over his or her body.”

“Can the petitioners today say that they do not have any mobile phone, credit card, driving licence, passport or other identification and they live in the Himalayas?” he added.

To this argument, the bench, which would hear the arguments in the matter on Wednesday, said, “Here, it is not about social welfare scheme. It is about income tax.”

Two years ago, the Centre had replied to concerns on the privacy breach due to Aadhaar saying there were conflicting judicial rulings if privacy was considered a fundamental right. Then the apex court had decided to refer the issue to a constitutional bench but ordered the government to use Aadhaar for selective purposes.

The BJP-led Centre pushed a law in 2016 through Parliament, classified as a money bill, to give itself the power to make Aadhaar mandatory. The classification as a money bill is being said to have been made so that the Lok Sabha, where the party has an overwhelming majority can reject any changes made by the Rajya Sabha, where the BJP doesn’t enjoy such brute majority.[/vc_column_text][/vc_column][/vc_row]

Indian Army given “free hand” to deal with Pak