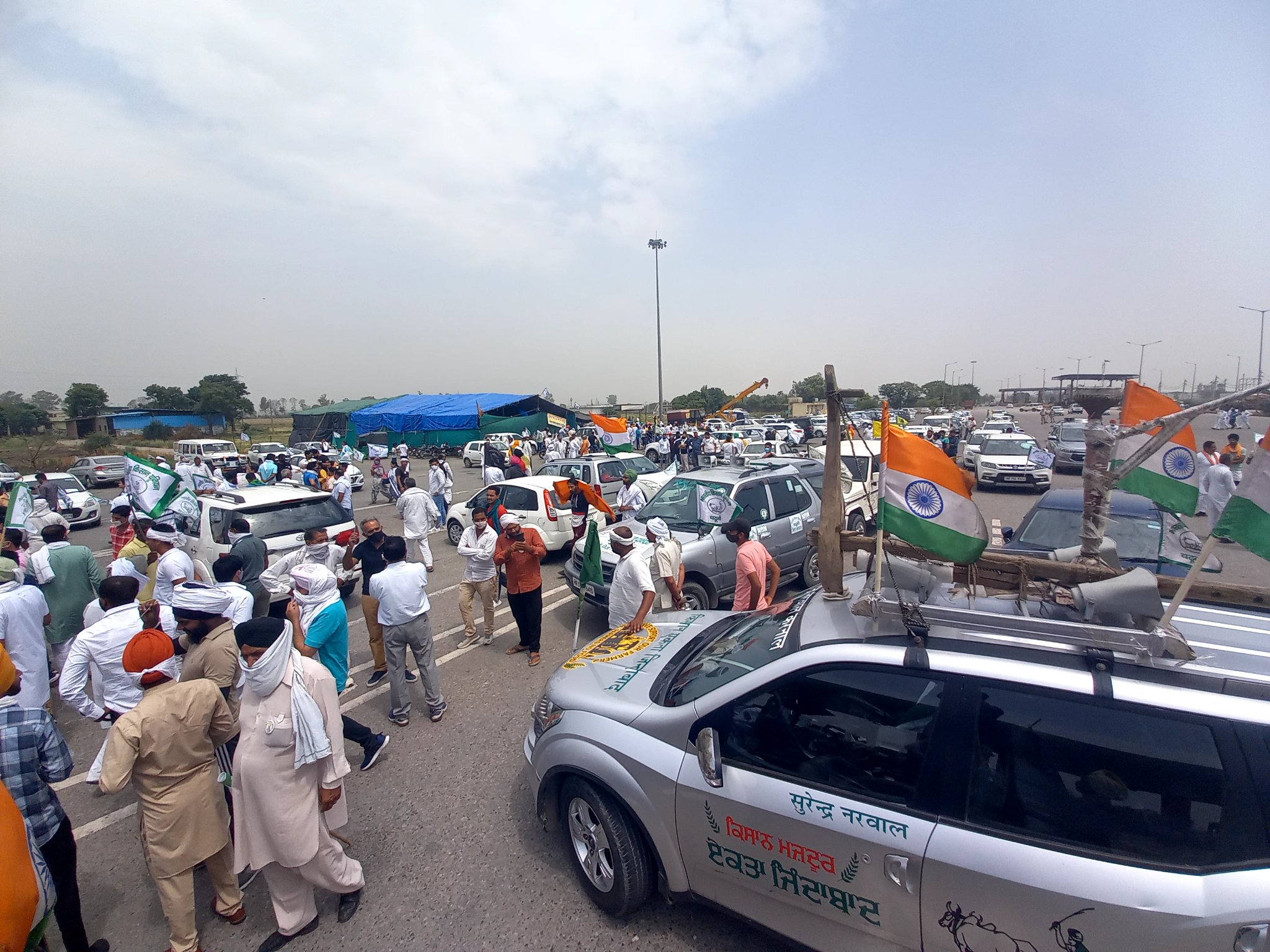 Amid rising cases of Covid-19 and statewide lockdown, thousands of farmers from Haryana’s Karnal on Sunday began their march to Delhi, where they plan to observe May 26 as Black Day, marking six months of their protest against Centre’s three contentious farm laws. However, reports have also emerged of many from Punjab’s Sangrur, leaving for the national capital.

Led by Bharat Kisan Union (BKU) leader Gurnam Singh Charuni, the famers set off from the Bastada toll plaza in hundreds of vehicles for the Singhu border point near Delhi. They will perform langar seva for a week after reaching their destination, the farmer leader said. Visuals from Karnal showed many of the farmers, either wearing no masks or wearing them improperly, and raising slogans.

The farmers have set off from Karnal so that the agitation in various districts of Delhi is well represented, Charuni said.

Haryana is under a lockdown due to the recent surge in Covid cases in the state. The state government has blamed the farmers protesting along Haryana’s borders for the surge in rural areas. The Centre has also highlighted the spread of infection in rural Punjab.

The BKU has also said that thousands more have left Khanauri Border in Sagrur, Punjab, to join the protesters at the Tikri Border point near Delhi.

The Samyukta Kisan Morcha (SKM) on Wednesday warned the central government to not test their patience, initiate the dialogue and accept the demands.