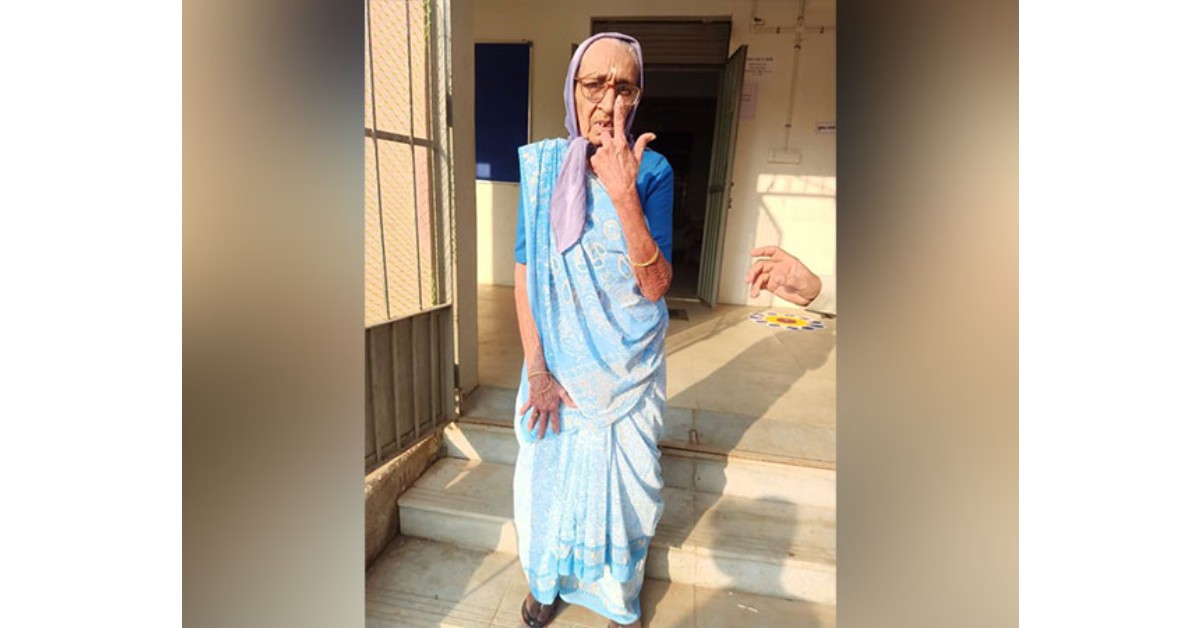 The voting for the first phase of the Gujarat Assembly Elections is underway. According to Chief Election Commissioner Rajiv Kumar, Gujarat has 9.8 lakh senior citizen voters. Many senior citizens are stepping out to cast their votes and one among them is a 100-year-old woman.

Kamuben Lalabhai Patel exercised her vote in Umargam during the first phase of polling on Thursday.

The polling is taking place in 89 constituencies spread across 19 districts in Kutch, Saurashtra, and South Gujarat. A total of 2,39,76,670 voters who will cast their votes by 5 pm today will decide the fate of 788 candidates who are in the fray for the first phase.