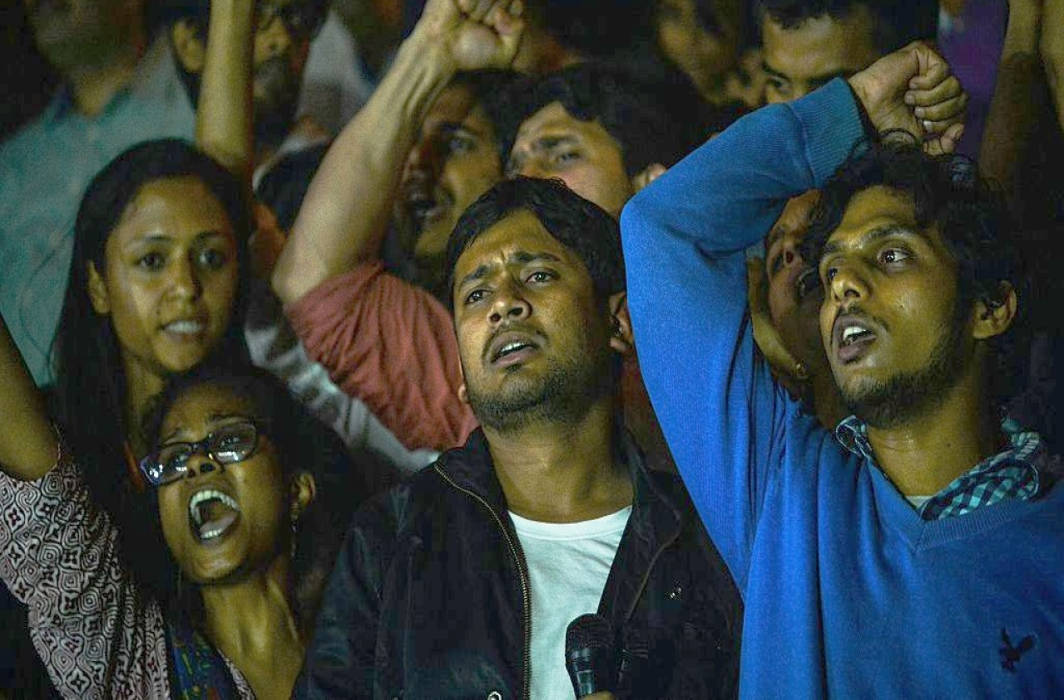 [vc_row][vc_column][vc_column_text]A Delhi court today (Saturday, Jan 19) rapped the Delhi Police for filing a chargesheet in the JNU sedition case without taking an approval from the Arvind Kejriwal-led AAP Government of Delhi.

“You don’t have approval from legal department, why did you file chargesheet without approval?” the court asked.

The Delhi Police told Metropolitan Magistrate Deepak Sherawat that they will get the sanction approval within 10 days but could not explain why they did not do it before filing the chargesheet three years after they registered the case.

The court gave Delhi Police time till February 6 to get the requisite approval of the Delhi government’s legal department by that time.

The court had set January 19 for consideration of chargesheet against former Jawaharlal Nehru University Students’ Union (JNUSU) president Kanhaiya Kumar and others in the 2016 JNU sedition case.

The chargesheet said Kumar he was leading a procession and supported seditious slogans raised on the varsity campus on February 9, 2016, at an event to commemorate the hanging of Parliament-attack mastermind Afzal Guru.

In its chargesheet in the sedition case filed against former JNU students, Delhi Police have relied on video footage from six mobile phones, of which at least three belong to current or former members of the ABVP’s JNU unit, and one belongs to a constable.

Police have, in their chargesheet, also cited raw footage collected by Zee News and a debate aired on the TV, channel to build their case against the accused in the sedition case, filed in connection with a February 9, 2016, event in JNU held to mark the hanging of Parliament attack convict Afzal Guru and protest against alleged subversion of the law and due process that preceded his hanging in the Tihar Jail premises on February 9, 2013.

Police have affixed a total of 12 video transcripts in the annexures of the chargesheet. According to the chargesheet, an iPhone 6 belonging to JNU student Jaspreet Singh, which had 13 videos of the incident, was handed over to police after they served a seizure memo. The Auxus mobile phone handed over by Saurabh Sharma, former JNUSU joint secretary from ABVP, has 14 videos, the chargesheet states.

Kanhaiya Kumar was the president of the JNU Students’ Union when the event was organised and the FIR filed. He, along with Khalid and Bhattacharya, was arrested in connection with the case but all three were later let out on bail.

The FIR states that “anti-national” slogans were allegedly raised at the event by Kumar and others. The police claims it has relied on “forensic evidence, testimonies of other students, videos from the event and news reports about it,” to arrive at the conclusion that sedition charges can be invoked against the accused.

The police’s decision to slap the sedition charge against Kanhaiya and others in the chargesheet triggered a fresh controversy since the apex court has already made serious comments against the wanton use of the sedition law by the police and the State ostensibly to curb dissent.

The controversy over the FIR against Kumar, Khalid and Rashid had thrust the three students to instant stardom of sorts, giving them a youth icon status and making them faces of the resistance to Prime Minister Narendra Modi and his BJP’s alleged crackdown on dissent, particularly in educational institutions. Protests had also erupted across educational campuses in the country against the persecution of Kumar and his fellow students. Ever since, Kumar and Rashid have been regulars at many public events organized to speak against the alleged tyranny of the Modi government and its efforts to muzzle criticism of any sort.

The filing of the chargesheet months before the Lok Sabha poll campaign is expected to give the Opposition as well as Kumar and his comrades a handle to attack the Modi government for trying to harass critics and opponents.

Kumar has already declared his willingness to contest the upcoming Lok Sabha polls from a constituency in Bihar as an independent candidate supported by the ‘mahagathbandhan’ of Lalu Prasad Yadav’s Rashtriya Janata Dal, Congress party and other smaller political outfits in Bihar. It is being speculated that Rashid too could mark her electoral debut from a constituency in Jammu & Kashmir, either in the upcoming Lok Sabha polls or the assembly elections in the state that is currently under President’s Rule and will go to the hustings in April-May.

Kumar added: “all of these, starting from the Citizenship Amendment Bill to the 10 percent quota act to now this charge, are being brought at the same time to coincide with the election. Why was so much time taken to file a chargesheet for sedition? I can see a complete lack of seriousness on the part of the Narendra Modi-government regarding everything.”[/vc_column_text][/vc_column][/vc_row]

Choking on polluted air, 93 per cent Delhiites do not understand categories of pollution levels