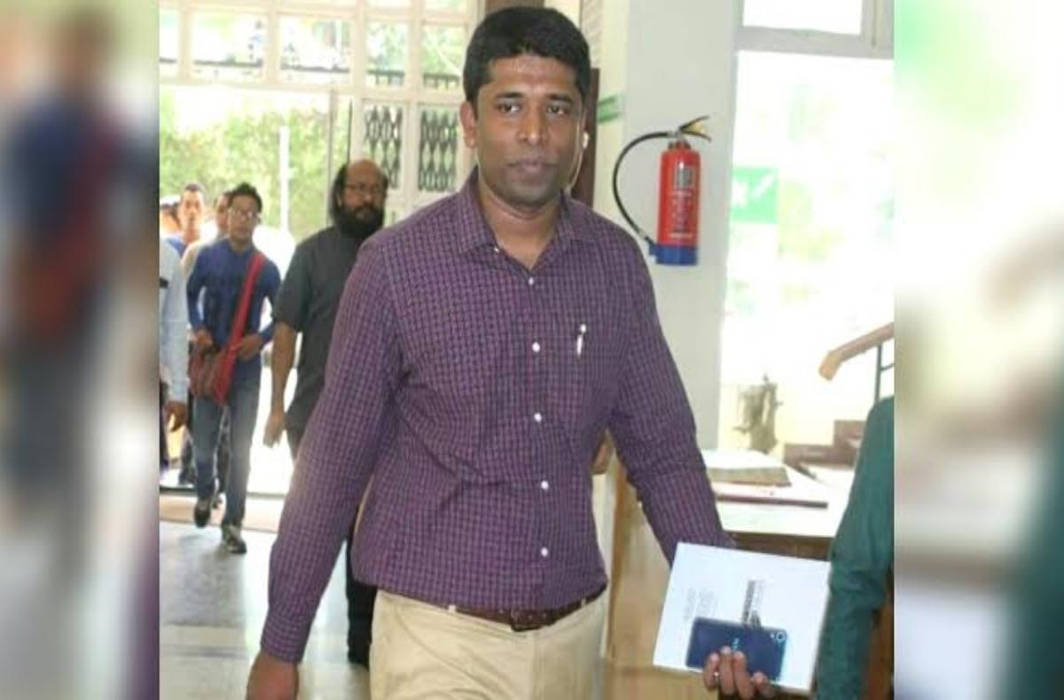 [vc_row][vc_column][vc_column_text]The Ministry of Home Affairs issued a show cause notice to IAS officer Kannan Gopinathan, who resigned citing violation of fundamental rights in Jammu and Kashmir. He said that the people of the Valley have to be convinced on Article 370, but it cannot be done by not allowing them to express their views.

Kannan Gopinathan quit the government job on August 21, alleging there was a denial of “fundamental rights” to lakhs of people in Jammu and Kashmir for weeks which disturbed him enough to put in his resignation papers.

“I want to exercise my freedom of expression but it is not possible while I am in the service. There are certain rules and regulations in that,” he said on Sunday (August 25). Gopinathan, who hails from Kottayam District of Kerala, said that to abrogate Article 370 “is the right of an elected government”, but in a democracy the people have the right to respond to such decisions.

“If you ask me what you were doing, when one of the world’s largest democracies announced a ban on the entire state, and even violated the fundamental rights of the people, I should at least be able to reply that I resigned from my job,” he said in the interview.

Also Read: J&K a bilateral issue, between India and Pakistan: Modi to Trump

However, according to Media reports, the IAS officer was issued a show cause for the act of omission and commission for misconduct in July by Rakesh Kumar Singh, undersecretary of Ministry of Home Affairs (MHA).

The two-page show cause memorandum cited five reasons for proposed disciplinary action against the officer. The notice includes his visit to his home state Kerala in the wake of the massive flood in September 2018 where he carried out selfless work in the relief activity discreetly. The Ministry alleged that the officer failed to submit any report on his return.

The preparation of nominations for Prime Minister’s Award under various categories for innovations in public administration was another reason for the show cause. The Centre alleged that he failed to comply on the said directions.

The IAS officer was asked to answer to the advisor in the next ten days of the show cause notice.

On Sunday (August 25), Kannan Gopinathan wrote to the administration and denied the disobedience and negligence of duty charges against him by Daman & Diu and Dadra & Nagar Haveli UT administration. The IAS officer refuted the charges of insubordination, dereliction of duty and dilatory tactics stating that he had performed his duties diligently and to the best of his abilities.

“At the outset, I would like to respectfully but out rightly refute the charges made therein of insubordination, dereliction of duty, dilatory tactics etc. It is submitted that I have been performing my duties diligently and to the best of my abilities. That I have been honest and committed to my duties is borne by the fact that Hon’ble Administrator gave 9.95 out of 10.0 on 24 Dec 2018 for my APAR of 2017-2018. The same was accepted by respected Union Home Secretary as the accepting authority,” Kannan Gopinathan wrote in the reply.

Gopinathan also said he received memos over reasons like not applying for the Prime Minister’s excellence awards, which he said he did after getting directions to do so. Another memo asked for a summary of what he did when he had volunteered for flood relief work in Kerala in 2018.

“These memos were so frivolous and flimsy, they disturbed me. But it’s nothing out of the ordinary in service life. I have been serving in some crucial roles even at a time when I gave my resignation. And I felt there are larger issues that need to be raised,” Gopinathan told media personnel.

In the 2019 Lok Sabha election, when Gopinathan was the returning officer, the Chief Electoral Officer had ordered the administrator of Dadra and Nagar Haveli, a Union Territory, to withdraw a controversial notice which he had issued to Gopinathan and sought an explanation from the officer.

Also Read: No deadline for Electric Mobility, No ban on petrol and diesel-fuelled vehicles: Gadkari

Kannan Gopinathan was a 2012 batch IAS officer from Kerala. He was posted in Dadra and Nagar Haveli as Power and Non-Conventional Energy Secretary.

On being asked what his plans are, Gopinathan said, “I have no idea about what will I do as of now.”[/vc_column_text][/vc_column][/vc_row]

No deadline for Electric Mobility, No ban on petrol and diesel-fuelled vehicles: Gadkari