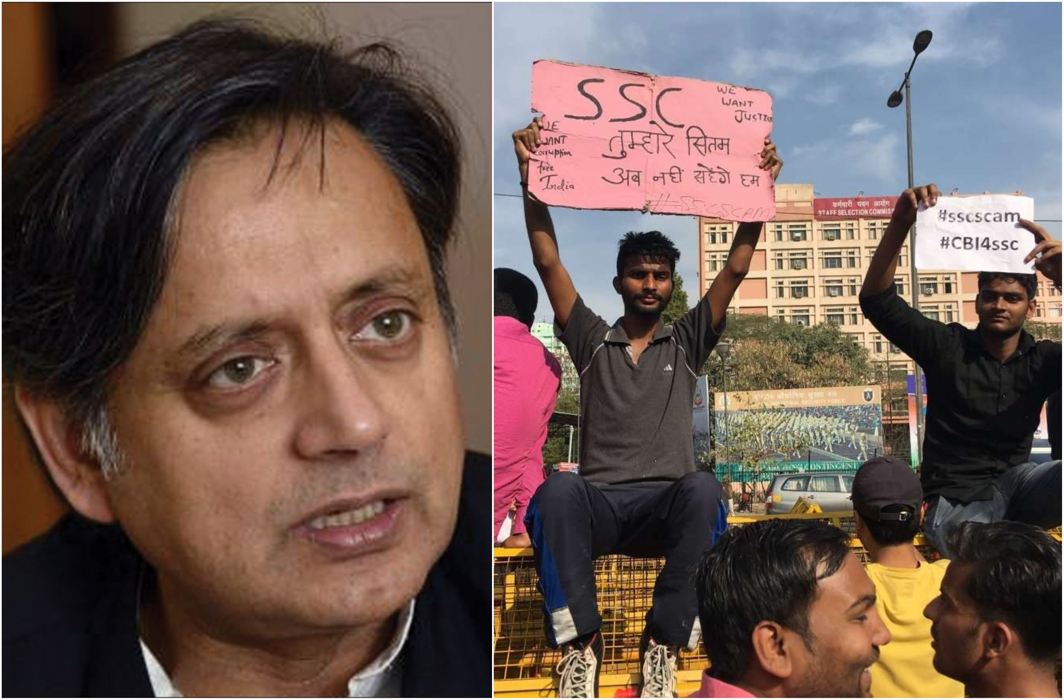 In a major distress for the candidates the SSC had to cancel the second shift of the paper at one venue during this year’s annual selection process.

Sharing a post on Twitter, Tharoor wrote, “With lakhs of protesters clamouring for justice it is clear that SSC CLG Mains 2018 must be scrapped & rescheduled. A CBI inquiry into the leak is imperative. Our nation cannot afford to shake the faith of our students in the competitive examination system.”

Reportedly, in a major distress for the candidates who had prepared to appear for the examination on February 17 – the first day of the CGL Tier II exam – the SSC had to cancel the second shift of the paper at one venue during this year’s edition of the annual selection process.

“The examination was subsequently conducted as per schedule for the remainder of the five days, despite further allegations surfacing of questions from those papers being leaked prior to the allotted date and time. This would have, in effect, put a majority of prospective candidates at a serious disadvantage and was naturally a cause of considerable distress to all those who were scheduled to give the examination,” wrote Tharoor in the letter to Dr Jitendra Singh.

“While it appears that the Chairman of the SSC has met a 3-member delegation, representing the hundreds of candidates who are currently protesting, and has issued a directive to conduct a re-examination, the candidates have pointed out that this new examination will only cover 1 shift, namely the one that took place on the 21 of February, whereas the reality is that the circumstances surrounding the other shifts are equally contestable and deserves to be included under the scope of this re-examination directive as well,” he added.

Further stating that the fact of the matter remains that the number one request of the candidates is a detailed probe into the matter, Shashi Tharoor wrote, “However, it appears that the SSC is only willing to form an SIT probe, a cause of further anguish for these students, since it is likely that the members of this probe will be current employees of the SSC themselves, thereby opening the door for a potentially biased investigation.”

“Given the unfortunate circumstances surrounding their plight and the urgency of the situation at hand, I would be grateful if you could look into this matter at the earliest and give this request your most earnest and sympathetic consideration,” he added.

Related Topics:CBIShashi Tharoor
Up Next