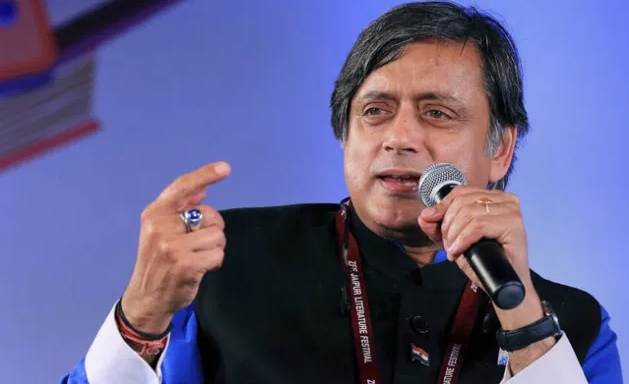 Just a week before the first phase of voting for Uttar Pradesh assembly polls, Singh switched to the BJP hour after tweeting his resignation to Congress chief Sonia Gandhi on Tuesday.

Responding to Tharoor, Congress spokesperson Pawan Khera advised him not to look for their own people and not to dream of the other side (BJP). One who couldn’t be true to his ideology, cannot be our own, he tweeted in Hindi. He said that the people who divide the nation on 80:20 basis must be defeated.

Another Congress spokesperson on Tuesday, Supriya Shrinate said that only cowards jump to parties with completely opposite ideology. She called the fight between BJP and Congress a war of ideology. To win this fight a person should have to be brave, she had said.

Khera’s 80-20 comment comes in response to UP Chief Minister Yogi Adityanath’s comment earlier this month that the UP Assembly election would be an “80% versus 20%” fight. Opposition leaders had alleged that the 80-20 reference was an attempt at polarisation. They said the comment was aimed to point out the ratio of Hindus to Muslims in Uttar Pradesh.

Singh, who was the Congress party in-charge in Jharkhand, was named as a star campaigner by the Congress for the Uttar Pradesh assembly elections starting next month.

After joining the BJP, Singh praised PM Modi and said the Congress is not the same party where he worked for 32 years. Now, he wants to contribute to the nation’s development as well, Singh said.

Singh is among several Congressmen, including Union minister Jyotiraditya Scindia and Jitiin Prasad, minister in the Uttar Pradesh government, to join BJP in recent years. Congress MLA from Rae Bareli, Aditi Singh also recently jumped ship saying the UP constituency is no longer a bastion of the grand old party.