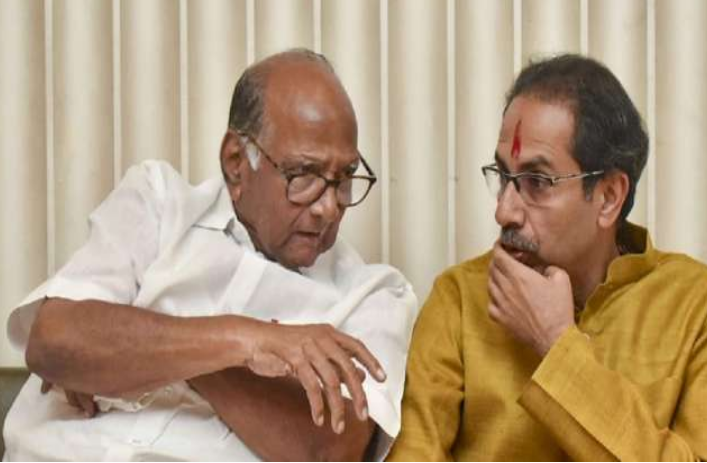 In the middle of a huge crisis for Maharashtra’s ruling coalition following a rebellion by 22 MLAs, the Nationalist Congress Party chief Sharad Pawar on Tuesday said there is no threat to their Shiv Sena-led Maharashtra Vikas Aghadi (MVA) government.

His party is fully confident that Uddhav Thackeray will resolve this, the NCP leader told reporters. Stressing that he considered the crisis an internal matter of the Shiv Sena, nothing to do with the other coalition partners, at this point, he said.

Shard Pawar also said Eknath Shinde has never conveyed to the party that he wants to be Chief Minister. The CM’s post belongs to the Shiv Sena and the deputy CM’s post is that of NCP. This is an internal issue of Shiv Sena, whatever they decide his party with them, he said.

Sharad Pawar said he don’t think there is any need of changes to the government. The Shiv Sena had said it would clarify on the situation after an in-depth study in the afternoon, he also said.

When he knows the ground reality then the party will work on its strategy, Pawar said.

Maharashtra is facing crisis after minister Eknath Shinde and over a dozen lawmakers left for Gujarat’s Surat after cross-voting in state legislative council polls a day earlier.

Reports suggest that Eknath Shinde, who has been sulking for a while, wants to be Chief Minister.

The opposition BJP leader Chandrakant Patil said they will think about forming the government. It will be too premature to comment on the possibility of the steps they will take, he said.

Patil also said that the BJP has no role in Sena lawmakers being unreachable to their leadership. Shinde may have some well-wishers in Gujarat and he may have taken their help, he said.