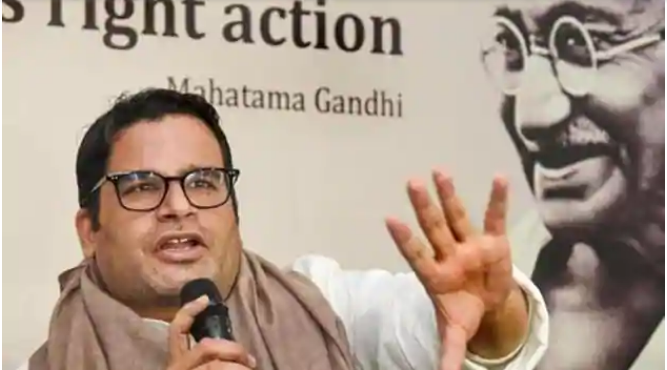 As 44 Assembly constituencies in West Bengal went to the polls in the fourth phase on Saturday, Trinamool Congress chief Mamata Banerjee’s poll strategist Prashant Kishore found himself in a social media controversy after statements he purportedly made during a public chat on Clubhouse went viral.

Releasing four clips of Kishor’s conversation with a few journalists, the BJP claimed that the Trinamool Congress had conceded defeat in Bengal and Prime Minister Narendra Modi’s popularity is decisively working in favour of the BJP.

The clips were released ahead of the polling on Saturday. Four more phases remain before the results will be declared on May 2. The BJP is positing itself as the main rival to the ruling Trinamool Congress especially after the 2019 Lok Sabha polls where it won 18 of the 42 LS seats in the state. The Trinamool’s Lok Sabha tally came down to 22 from 34.

Who released the Clubhouse chat?

Amit Malviya, the BJP IT cell head, on Saturday shared a Clubhouse conversation clip of Prashant Kishor with a few journalists in which Kishor was discussing a Trinamool survey that showed BJP winning Bengal in the 2021 West Bengal Assembly election. In the chat, Kishor was also sharing details of the factors working in favour of BJP. However, the authenticity of the clip is being disputed nor is it verified yet.

What are the Clubhouse policies regarding leak chat?

Clubhouse was launched last year for people to host discussions in open rooms. The app does not allow recording and lets participants talk freely. To be sure, there have been instances of people using a second device to either record or stream a conversation. When entrepreneur Elon Musk dropped into a Clubhouse room, his conversation was streamed live on YouTube earlier this year.

What did Prashant Kishor say?

In the clips, Prashant Kishor is heard explaining the reasons behind PM Modi’s popularity and also explained that why Suvendu Adhikari is not really a factor in Bengal.

He said there are more than 1 crore Hindi speakers in the state while there are 27% Dalits who are supporting BJP. He said Matua-Dalit community will vote for the BJP but not as unitedly as it did in the Lok Sabha polls with 75% for BJP and 25% for Trinamool. PM Modi visited a Matua shrine during his visit to Bangladesh last month.

Kishor is also heard explaining how the Left voters will vote against Banerjee, even if it means voting for the BJP. He said the BJP workers were all over the state, even if they had been imported from the Left front.

In another clip, Kishor is heard talking of the blatant misuse of minority politics whether by the Left, Trinamool, or the Congress in the last 20 years. For the first time, Hindus are also benefiting while Muslims account for 30% of the voters in the state.

What has Kishor said after the BJP leaking clips of conversation?

Prashant Kishor immediately hit back over the selective and distorted use of part of the conversation and asked the BJP to release the full conversation. Referring to his earlier statement in a tweet, Kishor said he is confident and would therefore repeat that the BJP will not cross 100 seats in the 294-member assembly.

Why is Prashant Kishor important or famous?

Kishor, who heads the Indian Political Action Committee (I-PAC), led campaigns for several parties to victory in several states. His first major campaign was for then Gujarat Chief Minister Narendra Modi in 2012. In 2014, he orchestrated the BJP-led NDA campaign leading to its victory in the Lok Sabha elections. Later, he joined Bihar Chief Minister and Janata Dal-United leader Nitish Kumar and was appointed vice-president of the party. He was expelled from the JD(U) for indiscipline last year in January. Since then he has helped the victorious Congress in Punjab, the successful YSRCP in Andhra Pradesh and the almost-winner Rashtriya Janata Dal’s 2020 Bihar campaign.

India records 1,52,879 cases of coronavirus, biggest one day spike ever