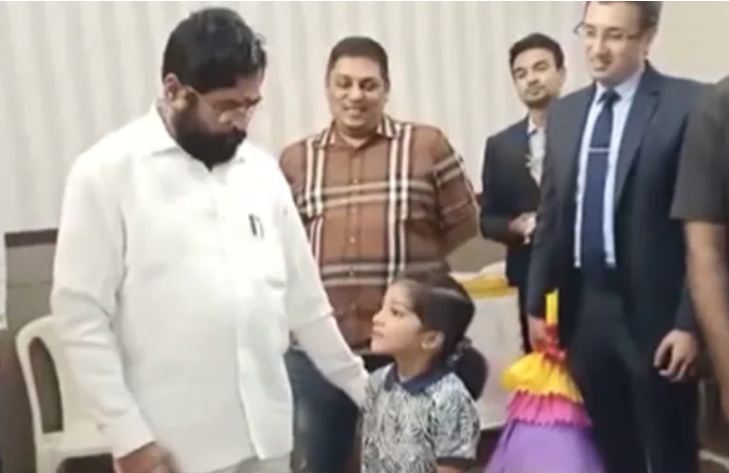 A video of an interaction between Maharashtra Chief Minister Eknath Shinde and a girl at his Nandanvan bungalow in Mumbai is doing rounds on social media. The video in which the girl can be seen asking him for advice on how to become a chief minister has been widely shared on social media.

In the video, Maharashtra CM can be seen offering advice to a young girl Annada Damre who asked about Shinde’s recent sojourn into Assam’s Guwahati.

Yes, you can definitely become the chief minister and his party will pass a resolution on this, Shinde humorously replied to the innocent girl, who later asked Maharashtra CM to promise to take her to Guwahati during Diwali this year. To this Shinde said they will go together.

Do you want to visit Kamakhaya Temple in Guwahati? Shinde also asked the girl. Then Annada replied yes.

In the end, Shinde turned to his aides in the room saying the girl is very smart.

As per the reports, the video is from Sunday.

Last month, a group of Shiv Sena MLAs rebelled during the staged political drama that forced former Maharashtra chief minister Uddhav Thackeray to step down. The Sena MLAs were then taken to a hotel in Surat and later shifted to Guwahati.

Eknath Shinde took oath as Maharashtra Chief Minister and Devendra Fadnavis as his deputy overthrowing the then CM Uddhav Thackeray.

Shehnaaz Gill signs film with Rhea Kapoor, everything you need to know about the cast, release date

Delay in services of Delhi Metro’s blue line due to cable theft, restoration work to be completed at night

Shehnaaz Gill signs film with Rhea Kapoor, everything you need to know about the cast, release date 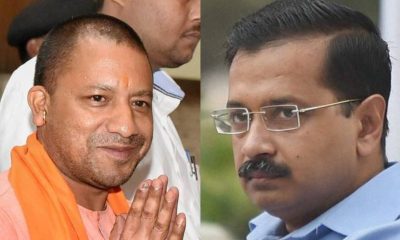 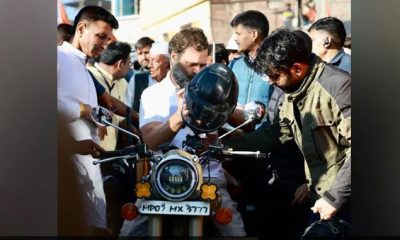 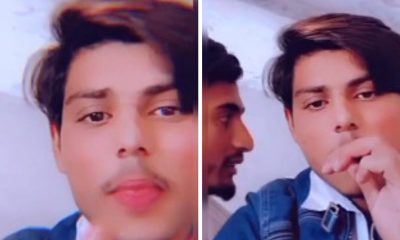