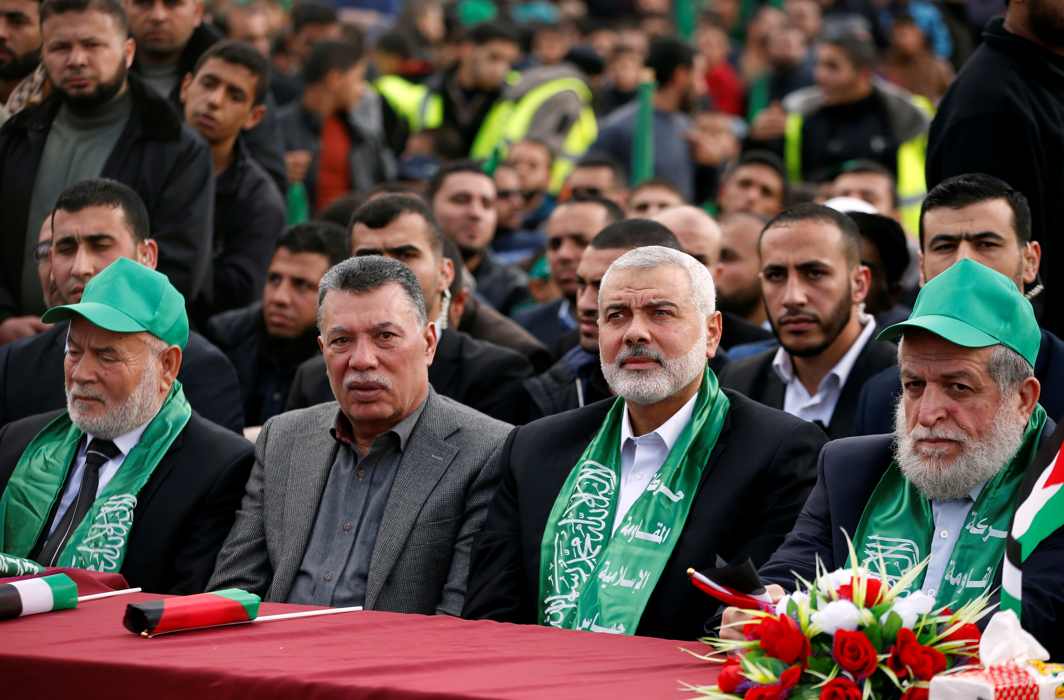 The Trump’s Middle East plan is facing serious hurdles before its implementation. His recognition of Jerusalem as Israeli capital has triggered world-wide protests while Turkey and Malaysia have announced their intention of opening their missions in East Jerusalem as a mark of recognition of the city as capital of future State of Palestine.

Now Hamas leader Ismail Haniyeh, the chairman of Hamas Political Bureau who was first elected Prime Minister of Palestine (2006 to 2014), has said that the US had offered Abu Dis, a Jerusalem suburb to Palestinian Authority government as an alternative to East Jerusalem for establishing the capital of a future Palestinian state.

According to Aljazeera, Haniyeh was speaking at a meeting with Palestinian clan leaders in the Gaza Strip on Tuesday. He labelled President Donald Trump’s recent Jerusalem move as a ploy to demolish the Palestinian cause in line with the so-called “deal of the century”.

“The US is still offering deals and continues to be on the side of the Palestinian Authority (PA) one way or another, in order to give them a capital or entity in the Abu Dis area, away from Jerusalem, with a bridge linking to al-Aqsa Mosque allowing for the freedom of prayer,” he said.

Haniyeh alleged that certain regional forces were seeking division of  the West Bank into three sections, which include creating a political entity in the Gaza Strip with its own controlling powers.

Turkish President Recep Tayyip Erdogan, who hosted OIC emergency summit on December 12 in Istanbul, has announced to open its embassy in East Jerusalem and appealed other nations to open their missions in the city to recognise as future capital of state of Palestine. Malaysia’s Deputy Prime Minister Ahmad Zahid Hamidi, has, on December 25, announced his government’s intention to open their embassy in East Jerusalem and recognize the city as the capital of Palestine.

On the other hand Israel Deputy Foreign Minister Tzipi Hotovely has told a public radio station Reshet Bet on Tuesday that a number of countries were considering following Trump’s decision to move its embassy to Jerusalem. She said that Israeli government is in talks “with more than 10 countries, but not many more” potentially planning to recognise Jerusalem as the capital of Israel.

Al Jazeera’s Wael al-Dahdouh based in Gaza City understands that Haniya cautioned local, regional and international players against working to implement US plan for the Middle East.

Jared Kushner, Trump’s son-in-law and a White Houser adviser, has been spearheading efforts to gauge the possibility of resuming the Israeli-Palestinian peace process. He is spearheading Trump’s Israel project which took him to Saudi Arabia last month.

This was followed by Palestinian President Mehmoud Abbas visit to Riyadh when he was asked to accept US plan and sign the desired documents. Abu Dis was also offered as alternate capital for the future Palestine state.

The Palestinian leader Haniyeh said the US decision to recognise Jerusalem as the capital of Israel introduces new risks that could affect the nature of the relationship between Palestine and Jordan.

He said that King Abdullah of Jordan, to whom he has spoken regarding alternative homeland for Palestinians and confederation between Jordan and Palestine, was supportive of the protests against Trump’s Jerusalem move.

While referring to the internal political issues between the two Palestinian groups, Fatah and Hamas, Haniya said that they need to be addressed quickly in order to devote it to major national issues.

He also emphasised on the need to faster implementation of the Egypt-brokered reconciliation agreement signed in October in Cairo by the two major groups.

Documenting Hate: How hate crimes fall through the cracks in our justice system