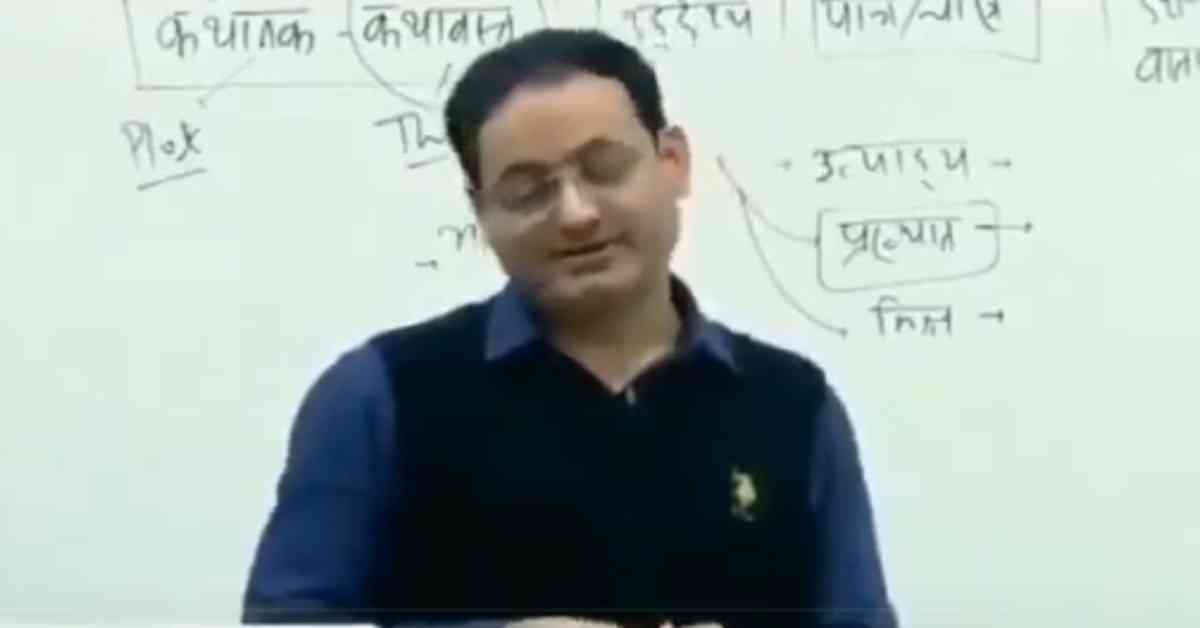 A video of a coaching teacher at Drishti IAS is doing rounds on the internet and might have irked social media users. The teacher, Vikas Divyakirti, in the video, could be heard talking about Lord Rama and Sita.

In the viral video, Divyakirti clarifies that he was reading out the text and he himself finds it offensive. He went on to say that Lord Rama told his wife Sita about why he fought Ravana. He had said that the war was fought for his clan and not for her and she was not worth him anymore.

After the video went viral, Twitter users called to ban Drishti IAS and slammed the teacher for insulting Hinduism and making false stories about Lord Rama and Sita. A section of social media users came in support of the teacher and defended his statements.

On the other hand, one user defended the teacher and argued that he clarified that he was reading out from a text. Another user said Drishti IAS and Vikas Divyakirti have made nay IAS, IPS, and other social workers.

Bihar man gets stuck under train, his narrow escape will blow your mind | WATCH