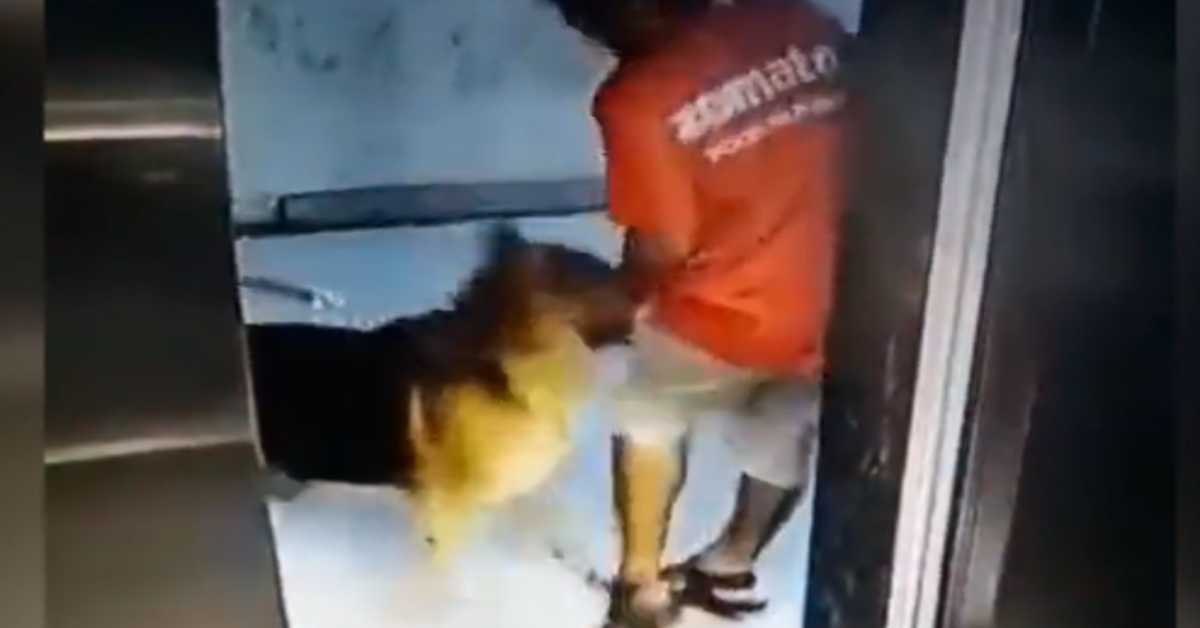 Days after a video of a pet dog biting a kid inside a lift went viral, another such video caught the internet’s attention. In the horrifying video, a German Shepherd dog bit a Zomato delivery guy in his private parts and which left him bloodied.

The viral video was shared by a Twitter user and is said to be from Uttar Pradesh’s Ghaziabad. In the video, the Zomato delivery guy could be seen waiting to get out of the lift. As the door opens, the dog lunges at the delivery guy and bites him in his private parts.

The video then shows the injured delivery guy drenched in blood and crying for help.

This is not the first time when such an incident came to light. On Monday, a similar incident took place in Ghaziabad wherein an 8-year-old boy was bitten by a pet dog in a lift. Reports say the incident took place at the Charms Castle apartment in Raj Nagar Extension.

After the video went viral, an FIR was filed against the owner of the dog under Section 289 (negligent conduct with respect to animal) of the Indian Penal Code (IPC) at the Nandigram police station.

In the complaint, the kid’s mother informed that her son was returning home from his tuition at 6 pm when the incident took place.

In another incident, a Pitbull pet dog bit off the face of an 11-year-old boy in Ghaziabad. Reports say the boy sustained severe injuries and got more than 150 stitches on his face. Reports further said the incident happened when the boy was playing in the park outside his house.

The residents of the society protested against the incident as the owner had no license or registration of the dog. The owner was fined Rs 5,000.

Viral: Innovative way of fumigation is winning the internet | Watch