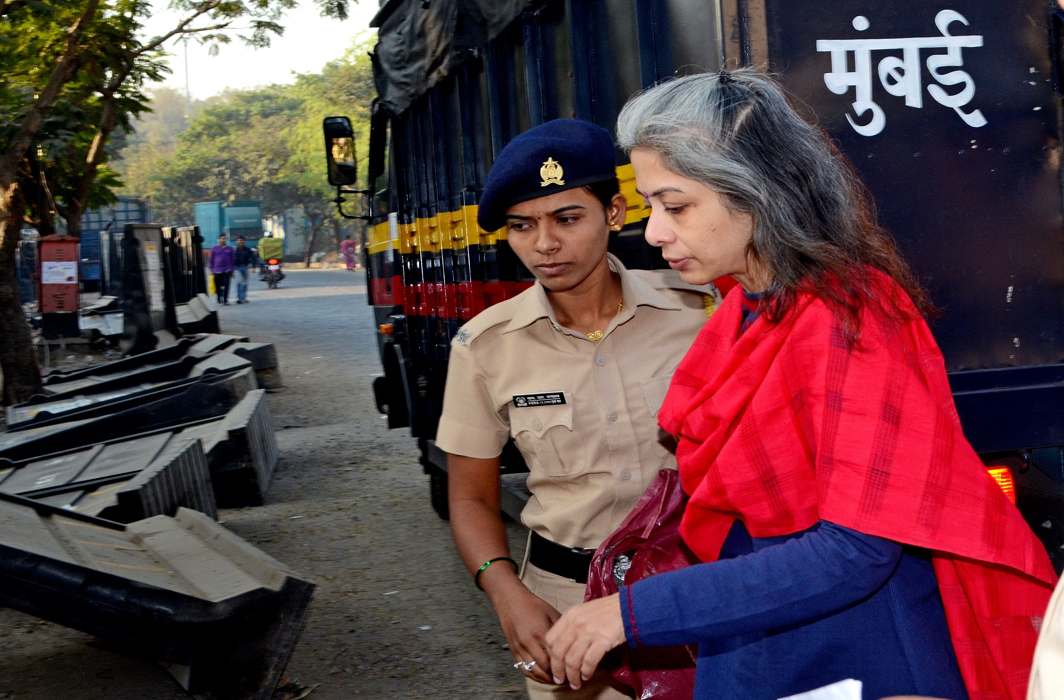 [vc_row][vc_column][vc_column_text]Indrani, already in jail for allegedly murdering her daughter Sheena Bora, will is suspected to have siphoned off over 90 million GBP from INX Media

In more trouble for the jailed Sheena Bora murder accused – Indrani Mukerjea – the Enforcement Directorate has claimed that she, along with her now-estranged husband Peter Mukerjee had allegedly laundered 90 million Great Britain Pounds, out of INX Media – a company they jointly ran before selling it off in 2009.

The ED, on Thursday, secured a two-day judicial custody of Indrani from a special CBI court in Mumbai and is likely to question her over the money laundering charges on Friday and then again on December 6. According to ED sleuths, Indrani and Peter siphoned off the money from INX media and then routed it to bank accounts in offshore destinations through hawala transactions.

Earlier in May, a first information report (FIR) was lodged against Karti, Indrani and Peter Mukerjea, unknown officers of the Foreign Investment Promotion Board (FIPB) unit of ministry of finance and others over alleged financial misappropriation over FIPB clearance to INX Media in 2008.

On Thursday, ED’s counsel Hiten Venegaonkar had filed an application to the CBI court – seeking permission from the District Women Prisons’ Byculla Jail authorities – to record Mukerjea’s statement in the INX Media case for two days – November 24 and December 6.

According to a report in Asian Age, an application filed by the ED through its counsel before CBI judge JC Jagdale, said: “INX Media had approached the then chairman of FIPB, department of economic affairs in 2007. It sought approval for permission to issue by the way of preferential allotment in one or more tranches up to 14,98,995 equity shares of Rs 10 each and up to 31,22,605 convertible non-cumulative redeemable preference shares of Rs 10 each, collectively representing approximately 46.216 per cent of the issued equity share capital of INX Media on an ‘as converted’ basis to three non-resident investors under the FDI route.”

The ED application also reportedly mentions that Peter Mukerjea’s son Rabin is allegedly handling the funds held in the form of bonds in New Zealand. “Illicit funds gathered by Peter Mukerjea and Indrani have been siphoned off to unknown overseas destinations and routed back to UK and India through Mauritius-based foreign investors,” the application says, adding that Rabin Mukerjea has ownership/association of three bank accounts in Royal Bank of Scotland and accounts in ANZ Bank, and a company, Grant Central Entertainment LLP, UK.

Reportedly, the ED has also sought to link the money laundering allegations against Indrani Mukerjea with the Sheena Bora murder case. Sources said that ED has noted in its application before the special CBI court that the murder of Sheena Bora, Indrani Mukerjea’s daughter from an earlier relationship, was suspected to be motivated by financial reasons. Sheena Bora’s murder had come to light in August 2015 after Indrani’s driver Shyamvar Rai, who had been arrested in an unrelated case, had reportedly confessed before the police that Sheena had been murdered by her mother and her body had been disposed off in a forest.[/vc_column_text][/vc_column][/vc_row]

Colonel arrested for raping his junior’s daughter in Shimla, sent to police custody