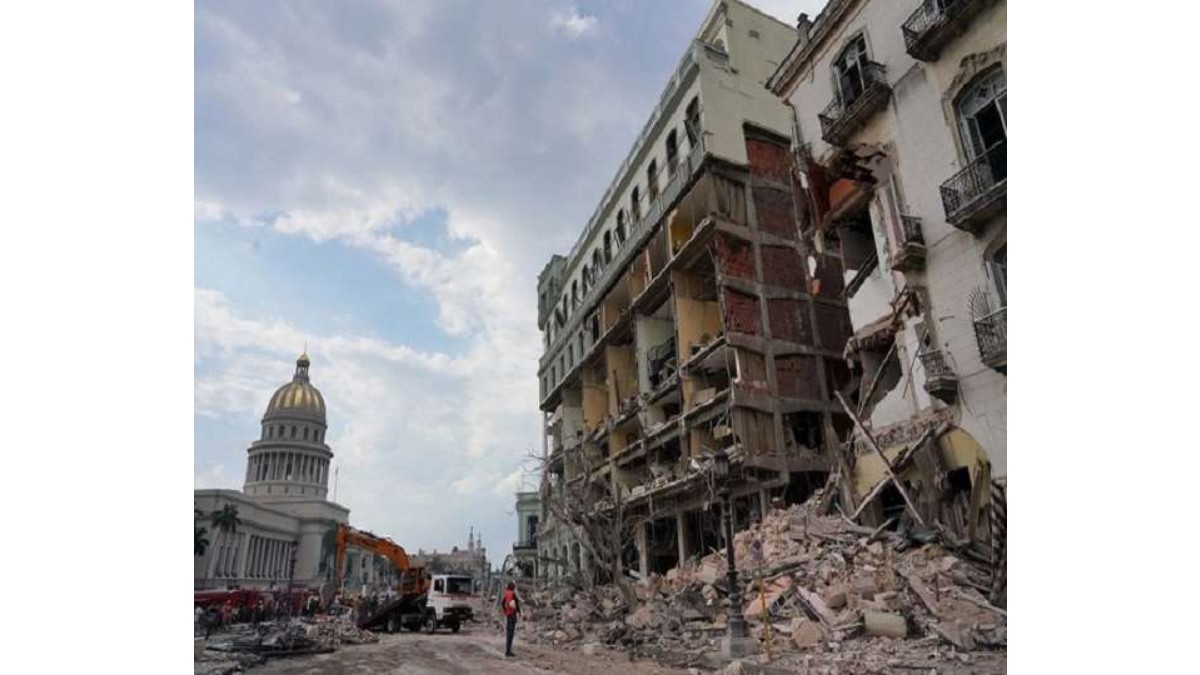 A catastrophic incident happened in Havana, Cuba on Friday that killed at least 22 people and injured more than 60 people. A massive explosion jolted one of the capital’s five-star Saratoga Hotel. The reports state that the gas tanker which was parked outside the hotel caught fire, causing an explosion.

According to the reports, the historic hotel was currently under renovation and was preparing for its re-opening in four days. The hotel which was all set to resume after 2 years of the pandemic, now lies in ruins. The explosion destroyed several floors of the building, with much of its outer wall torn off. People who witnessed this incident described it as horrifying, said after the explosion they saw the plumes of black smoke clouds of dust spiralling into the sky.

The blast knocked off large sections of the hotel’s facade, blew out windows, and wrecked cars parked outside the hotel.

Yazira de la Caridad, who lives a street from the hotel, told a major television network that she initially mistook the explosion for an earthquake. Search and rescue operations are currently underway to locate people trapped under the debris, said  Havana Communist Party official Luis Antonio Torres Iribar.

Read Also: Who is IAS Pooja Singhal? Everything you need to know about the MNREGA funds fraud case

A pregnant woman and a kid were among the fatalities, according to the Cuban presidency. No tourists were present in the hotel as the luxurious site was closed for refurbishment. The employees were inside the hotel at the time of the incident as they were preparing for the hotel’s re-opening which was scheduled for next Tuesday.

Local officials confirmed that a school right behind the hotel was unaffected and that all of its students have been safely evacuated. But the dome of a nearby Baptist church collapsed.

President Miguel Diaz-Canel of Cuba paid a visit to the damaged site, which is located directly across from the government’s ancient congressional building. It wasn’t a bomb or an attack, it was a regrettable accident, the president stated.

The 19th century building is known for hosting celebrities such as Madonna, Mick Jagger, Rihanna and Beyonce.

Who is IAS Pooja Singhal? Everything you need to know about the MNREGA funds fraud case

Ms. Marvel: Farhan Akhtar is all set to make his Hollywood debut with Marvel Studios