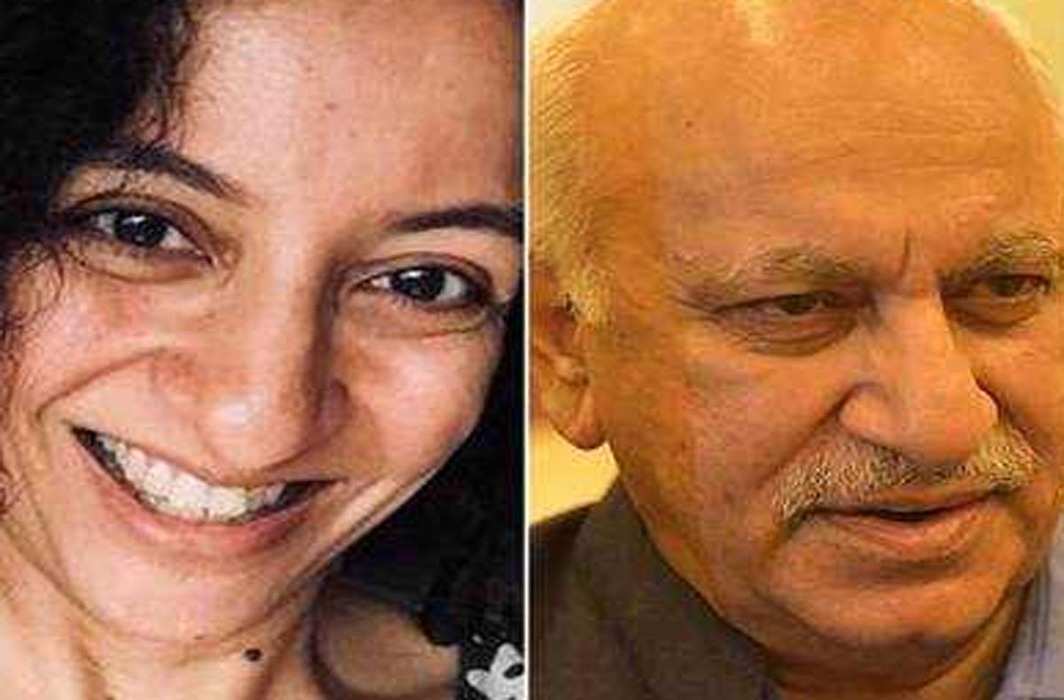 The first union minister to go over charges of sexual harassment, editor-turned- politician MJ Akbar today (Wednesday, October 31) recorded his testimony before the Patiala House Court in the criminal defamation case he has filed against journalist Priya Ramani who has accused him of being a sexual predator.

Beginning his testimony by telling the court about his journalistic credentials, before venturing on to his political career, Akbar denied all charges, saying the allegations levelled by Ramani are “concocted and false” and have caused “immediate damage” to his reputation.

The BJP MP told the court of Additional Chief Metropolitan Magistrate Samar Vishal that Ramani’s tweets and article that carried the allegations against him have “lowered my reputation in the eyes of the right-thinking members of the public, my friends, colleagues, peers and professional and political fraternity, thereby causing irreparable loss to my reputation and goodwill.”

Asserting that he had, over the past three decades, “acquired a good reputation both as a writer and an editor”, the former journalist told the court that Ramani herself had admitted that he “didn’t do anything (implying that he was not involved in any incident of sexual harassment against the respondent)” but called him a “talented sexual predator” nevertheless.

Stating that the publication and wide circulation of Ramani’s allegations had affected his colleagues and upset his friends, Akbar told the court that there “was immediate damage (to his reputation) because of the scurrilous nature of these concocted and false allegations. I was attacked in a personal capacity about fabricated non-events allegedly done two decades ago.”

“I’ve filed a criminal defamation complaint against Priya Ramani for a series of tweets that she published. First one came to my notice on my return from my official tour. The tweet had a link to an article in a magazine called vogue,” he said, adding that her tweets dated October 10 and October 13 were picked by various media organisations and did rounds on social media, causing defamation.

“The defamatory/offending portion in particular apart from the rest of the article (in Vogue) is when she (journalist Priya Ramani) referred to me a ‘talented predator’ and an expert on ‘so-and-so’,” Akbar told the court, according to news agency ANI.

Akbar said Ramani had not mentioned his name in an article published in Vogue in 2017. “Clearly she was advised by Vogue that including my name would invite liability,” he said.

“The opening sentence of her tweet explained one anomaly. When the article was first published in Vogue, it didn’t include my name. When asked about it, she said it was because ‘I had done nothing’. Clearly, she was advised by Vogue that including my name would invite liability….There was an immediate damage because of the scurrilous nature of the concocted and false allegations. I was attacked about the alleged and fabricated non-events. I chose to seek justice in my personal capacity without the appurtenance of the office and that’s why I resigned,” ANI quoted him as saying.

Ramani’s allegations which triggered a slew of similar charges being leveled against Akbar by at least 30 other women journalists who had worked with him in various publications over the past three decades had led to his resignation from the Union council of ministers earlier this month. Akbar had slapped the defamation case against Ramani while rejecting all allegations leveled by her as baseless and driven by a political agenda.

During the last date of hearing in the case, the court had directed Akbar to record his testimony on October 31.

Following recording of Akbar’s statement, the court fixed November 12 as the next date of hearing when witnesses listed by him will record their testimonies.

Sardar Patel’s ‘Statue of Unity’, tallest in the world, dedicated to the nation