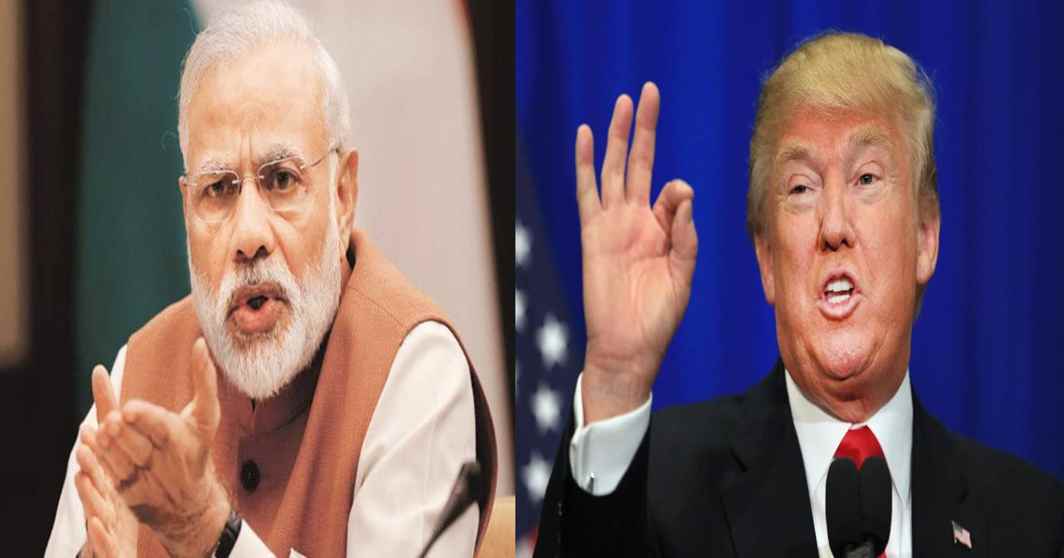 Prime Minister Narendra Modi on Saturday morning left on a three-nation tour of Portugal, US and Netherlands to hold meetings with the top leadership and strengthen bilateral ties. He will arrive in Lisbon, Portugal, later in the day on his way and hold meetings with his counterpart. From there he will embark upon two-day US trip. The third leg of his visit will take him to Amsterdam, Netherlands, before he returns home.

Prime Minister’s US visit is considered to be the most important part of his tour. He will meet President Donald Trump on June 26 for the first time which will be a nearly five hour meeting of getting to know each other, forging strong personal bond and carrying forward bilateral relationship. The two leaders have earlier exchanged views on telephone twice.

Before leaving for the trip, the PM tweeted: “My USA visit is aimed at deepening ties between our nations. Strong India-USA ties benefit our nations & the world.” Earlier he said he looked forward to the opportunity of having an in-depth exchange of views.  Modi said his two-day visit to Washington from June 25 was at the invitation of Trump.

Prime Minister is scheduled to meet Donald Trump for one-on-one talks at around 3.30 pm on Monday, which will be followed by photo-op with media, delegation level talks and cocktail reception. The day will conclude with a White House dinner, the first by Trump administration for a visiting leader.

According to statement issued by PM office, the two leaders had telephonic conversations touching upon their “common intent to take forward our productive all round engagement for the mutual benefit of our people”.

The statement further said, “India’s partnership with US is multi-layered and diverse, supported by not just governments but all the stakeholders on both sides. I look forward to building a forward looking vision for our partnership with the new Administration in the US under President Trump.”

According to a report from Washington, a senior Trump Administration official, while briefing media on Prime Minister’s visit, called the gesture “significant” and added that the White House is “seeking to roll out the red carpet”.

The official further said, “The visit provides an opportunity to strengthen the US-India strategic partnership, which the President views as being critical in Asia-Pacific and globally.” A strong India is good for the Unites States. President Trump wants to build on that momentum, the official was quoted as saying.

During his first leg of the visit in Portugal, PM will meet with his counterpart Antonia Costa. “Building on our recent discussions, we will review the progress of various joint initiatives and discussions. We will also discuss ways to further enhance the bilateral engagement, especially in the areas of economic cooperation, science & technology, space collaboration and people to people ties,” the PM tweeted.  PM Costa visited India in January this year.

On his return journey from US, Prime Minister will travel to Netherlands on June 27 and meet his Dutch counterpart Mark Rutte and call on King Williem Alexander and meet Queen Maxima.

The PM spoke of his engagement in Netherlands in one of his tweets to say, “I look forward to meeting Prime Minister Rutte and reviewing our bilateral relations. I would be exchanging views with PM Rutte on important global issues including counter terrorism and climate change.”

Politics of iftar parties: holding them, avoiding them