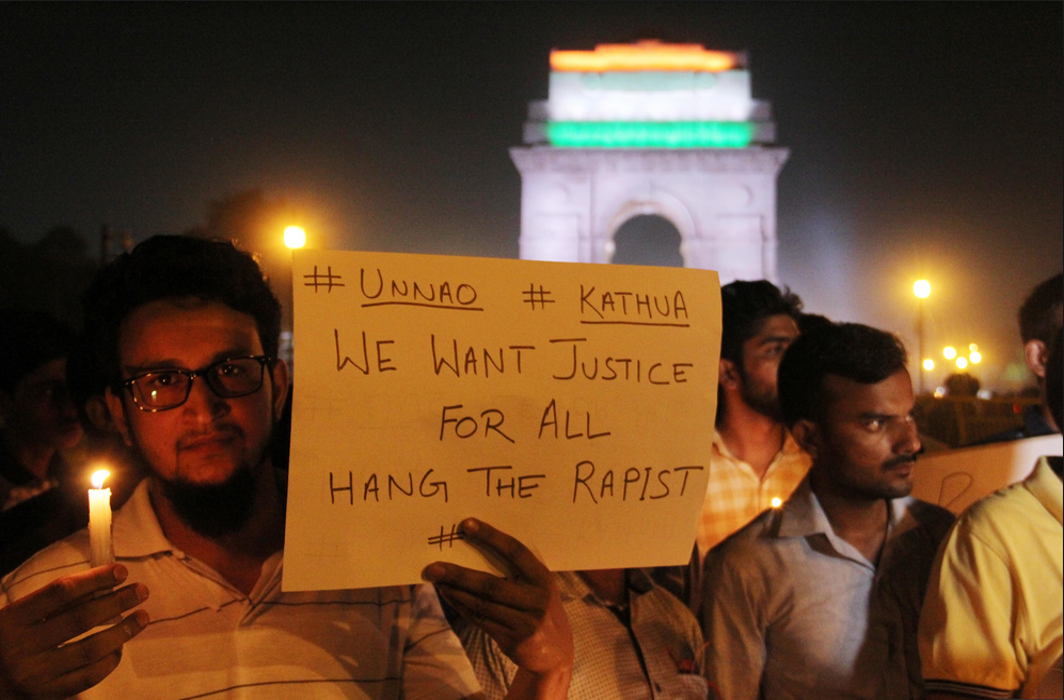 In the aftermath of the outrage over the horrific gangrape and murder of an 8-year-old girl in Kathua, the Union Cabinet on Saturday, April 21, approved promulgation of an Ordinance providing for death penalty to rapists of girls below 12 years of age, said media reports citing government sources.

There was no official statement from the government on the press information bureau website which mentioned some other decisions taken by the Cabinet.

The Criminal Law (Amendment) Ordinance provides for stringent punishment of a jail term of minimum 20 years or life imprisonment or death for rape of a girl under 12 years, said a report by The Hindu.

There will also be no provision for anticipatory bail for a person accused of rape or gang rape of a girl under 16 years.

Existing provisions of the Protection of Children from Sexual Offences (POCSO) Act provide for life imprisonment, though after the Nirbhaya case in 2012 the Centre had introduced the death penalty in cases where a woman either dies or is left in a vegetative state after rape.

The Ordinance also provides for speedy investigation and trial which needs to be compulsorily completed within two months. New fast track courts will be set up in consultation with States/UTs and High Courts for speedy trial of rape cases.

The ordinance is being initiated to enforce the amendment immediately before a bill is introduced and passed by Parliament in its next session. After the case of the eight-year-old Kathua victim, other instances, such as in Surat where a nine-year-old was raped and killed, added urgency to the government’s actions.

Earlier, in the wake of the Kathua rape and murder case, Union minister Maneka Gandhi had said that her ministry will bring an amendment in the POCSO Act on death penalty for rape of children below 12 years of age while Jammu and Kashmir Chief Minister Mehbooba Mufti has assured that that her government will bring a “new law” on the same lines.

“The Ministry of Women and Child Development intends to bring an amendment in POCSO Act asking for death penalty for rape on children below 12 years of age,” Maneka had said in a video message.