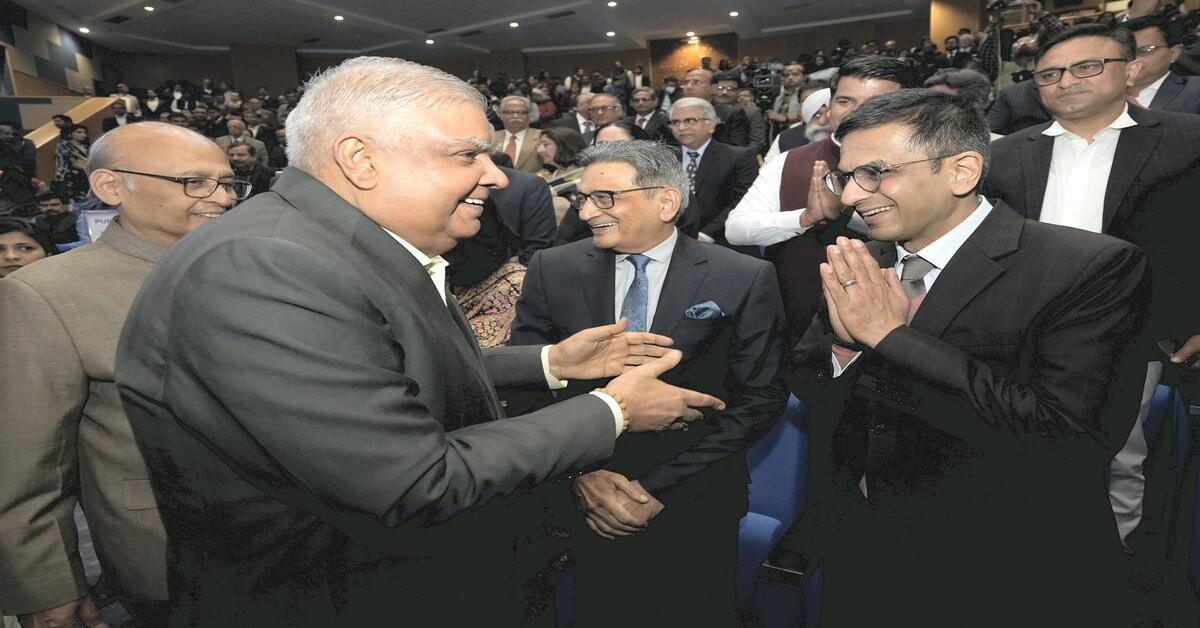 The Vice President Jaideep Dhankhar on Friday expressed his disappointment on Supreme Courts action in presence of Chief Justice of India Dhananjay Y. Chandrachud. He said there was no discussion in Parliament on the Supreme Court’s scrapping of the National Judicial Appointments Commission (NJAC) Act and called it a serious issue.

Dhankhar also said that a law passed by Parliament, which reflected the will of its people, was “nullified” by the Supreme Court and the world is not aware of any such move.

Delivering at the LM Singhvi Memorial Lecture in the presence of Chief Justice of India DY Chandrachud, Dhankhar underlined that the Preamble of the Constitution mentions ‘We the people of India’ and the Parliament reflects the will of the people.

He said that this means that the power resides in the people, their mandate and their conscience. Dhankhar said that in 2015-16, the Parliament had unanimously passed the NJAC Act.

For the unversed, Vice President Jaideep Dhankhar’s comments are significant in the backdrop of war of words between the Union Law Minister Kiren Rijiju and the Supreme Court over the delay in the judicial appointment.

He said that in the year 2015-16, the Indian Parliament was dealing with a Constitutional amendment Act and the entire Lok Sabha voted unanimously. He further added that there was no abstention and no dissension but the amendment was passed. “In Rajya Sabha it was unanimous, there was one abstention,” Mr. Dhankhar added.

For those who don’t know the NJAC Act was seen as a sought to replace the collegium system of appointing judges to the higher judiciary. And it was passed unanimously in the Lok Sabha. In fact Ram Jethmalini, an independent member of the Rajya Sabha, had abstained in the Upper House. But still the NJAC was struck down as unconstitutional by the Supreme Court in October 2015.