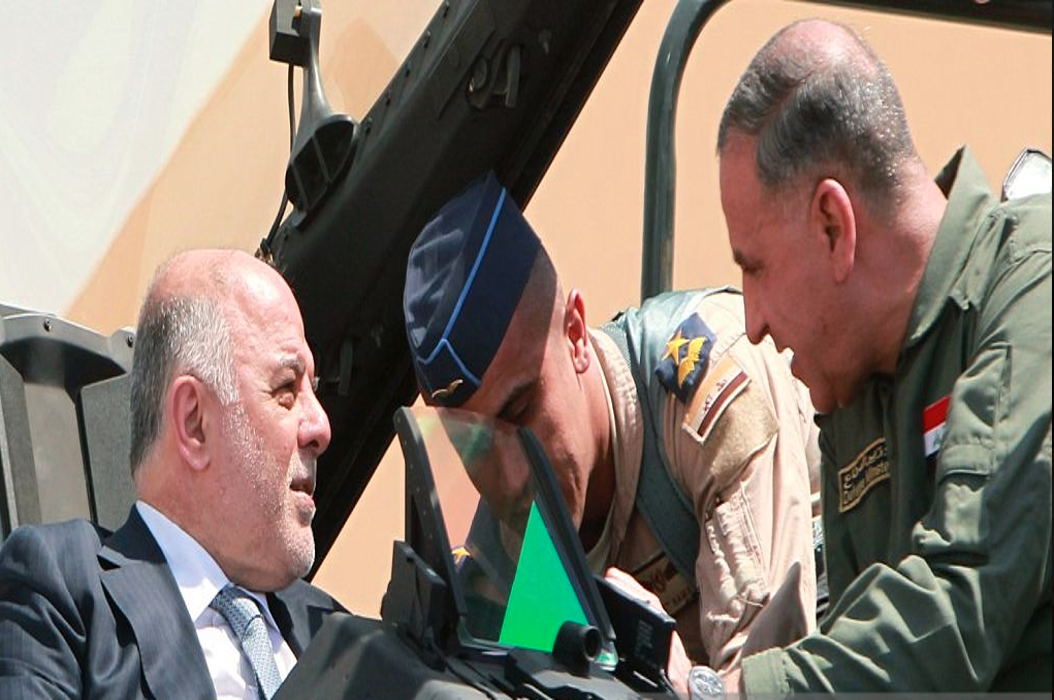 In an indication of stabilizing situation inside Iraq after defeating terrorists, Iraqi air force has carried out deadly airstrikes against Daesh (IS) locations in Syria from the Iraqi border side on Friday.

According to Iraqi News, a statement issued by the media office of Prime Minister on Thursday said that the strikes were carried out “depending on orders from  (PM) Haidar al-Abadi, who is the commander-in-chief of the armed forces.”

Read More: More than 100 killed in conflict with Daesh (IS) in Syria, Iraq

On Wednesday last, Iraqi Prime Minister Haidar al-Abadi said security troops will follow IS militants in the whole region, not only in Iraq. The Iraqi-Syrian borders are under the joint control of the troops of military and border guards by both the countries.

However, the Iraqi news agency reports that Daesh (IS) continues to launch sporadic attacks across Iraq against troops. In last December Prime Minister Abadi announced full liberation of Iraqi lands, declaring end of war against (Daesh) IS members. The war against IS has so far displaced at least five million people, the Iraqi media said.

Meanwhile, quoting military sources, the Iraqi news agency reported on Friday that 18 terrorists belonging to Daesh (IS) were killed as Iraqi troops repulsed an attack by the militant group on the Iraqi-Syrian borders, west of Nineveh province.

Lt. Gen. Ali al-Aaraji of  Iraqi Army’s 15th Division has reportedly said,  “Iraqi troops foiled a fierce attack by IS on the Iraqi-Syrian borders, near Rabei’a town, northwest of Mosul. All the attackers were killed immediately, while their weapons were confiscated.

The statement said that the forces “repelled the attack and were deployed along the borders between Iraq and Syria in al-Yaarabiya region, fearing infiltration by more militants.”

In another related development, Iraqi security forces have killed the right-hand man of Abu Bakr al-Baghdadi, the self-styled Caliph of the Islamic State (IS) in Diyala, the security committee announced on Friday.

While talking to Al-Sumaria News, Sadeq al-Husseini, head of the security committee of Diyala provincial council, said. “The airstrike targeted a rest house of IS members in al-Zor basin, northeast of Baquba, which left two Islamic State members, one of whom was a leader. Preliminary information showed that the leader was the right-hand man of Abu Bakr al-Baghdadi in the so-called Diyala State.”

The security troops shot dead Abu Walid al-Shishany, one of Baghdadi’s closest aides, while he was in a desert area on the outskirts of Kirkuk, earlier in April, the report said.

Thousands of IS militants as well as Iraqi civilians were killed since the government campaign, backed by paramilitary troops and the coalition, was launched in October 2016 to fight against Daesh (IS) and other terror groups.

Meanwhile, Syrian official news agency SANA reports that government forces have been continuing its operations against terrorists in Southern Damascus. Moreover,  terrorists have agreed  with the government to leave from al-Rheibeh, Jairoud and al-Nasseriyeh in the Eastern Qalamoun region in Damascus countryside.

For last several months, Syrian government forces have been transferring Daesh (IS) and other terrorists from different areas to certain northern areas, which are under the rebels’ control. However, it seems that Damascus has been gathering all the dreaded terrorists either to kill them amass or will allow them to leave after behind the scene deal with the countries who have been allegedly supporting terrorists in the country.

Saudi shoots down ‘toy drone’ near Royal Palace in Riyadh