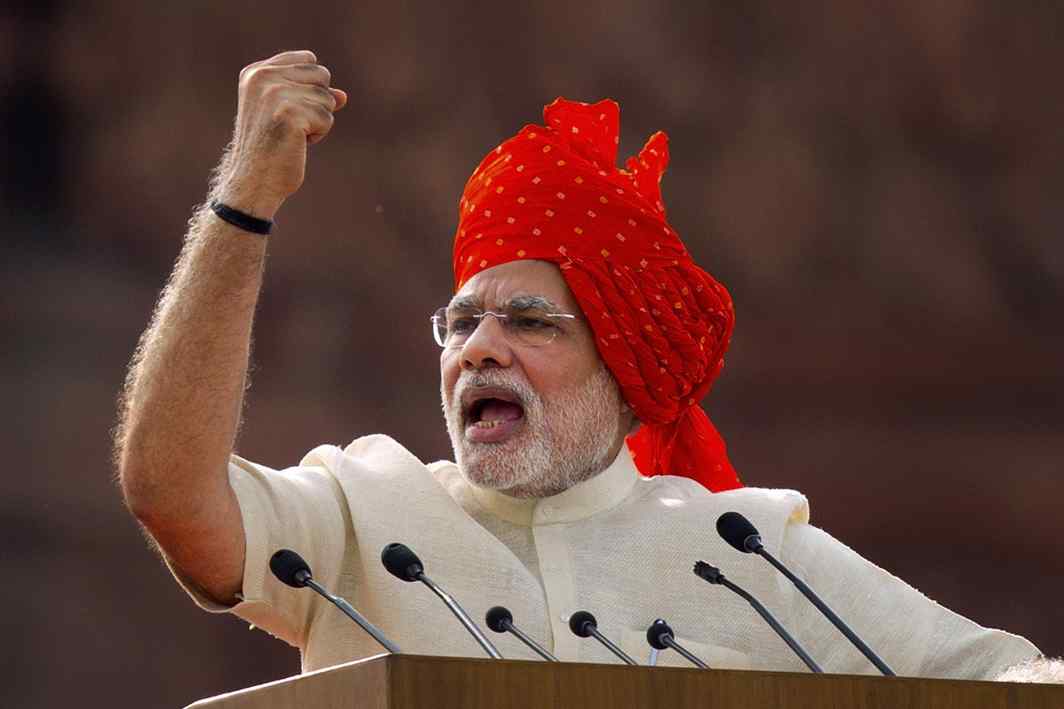 Apart from eternal optimists who live in cloud cuckoo land where lollipops grow on trees and no one ever gets diabetes, there is a palpable disquiet amongst the people of this country. Three years ago, a very large number of Indians – at least 31 per cent – really did believe that the “good days” promised by the prime minister and his party were really coming. Two years ago, their smiles had dimmed only a bit. They were still sure that around the corner, there were rainbows with pots of gold at the end for each one of us because changing that fallacious and mischievous “70 years of nothing” would take time.

By a year and a half ago, when almost nothing was happening on the ground to clean India, skill India, job India, make in India or make India, smiles shrunk considerably. Some diehard believers argued that writers, artists, artistes, scientists, doctors, scholars, academicians, social workers, sociologists, actors, painters, intellectuals and more who criticised the government were all anti-national. Others were disturbed by the deaths of people on the suspicions of storing beef, by the attacks on Dalits including the death of students like Rohith Vemula and of the strong “Hindutva” turn that sections of society was taking.

Then disparate but frightening decisions were taken. On November 8 2016, the prime minister removed 86 per cent of currency in the market to stop black money, stop counterfeiting and stop terrorism. In March, 2017, Yogi Adityanath, strong Hindutva voice within the Sangh Parivar, was made chief minister of UP after an overwhelming assembly victory by the BJP.

In the interim, Kashmir has become a cauldron of fear and violence, Pakistan upped its attacks on India and the terrible impact of demonetisation is now an accepted economic reality.

Now those cheery smiles are forced, if they exist at all. The anger of farmers across India has galvanised public opinion and the shameless violence of criminals running amuck as “cow protectors” has laid bare the real intentions of the Hindutva lobby. Far from “good days” and “everyone developing together”, we have a collapse of law and order across states, the backbone of our economy in disarray and regressive ideas are being introduced as high points of ancient culture.

A collection of 65 retired bureaucrats have written an open letter expressing dismay at the “a growing hyper-nationalism that reduces any critique to a binary: if you are not with the government, you are anti-national. Those in authority should not be questioned – that is the clear message.

“In the face of a rising authoritarianism and majoritarianism, which do not allow for reasoned debate, discussion and dissent, we appeal to all public authorities, public institutions and constitutional bodies to take heed of these disturbing trends and take corrective action. We have to reclaim and defend the spirit of the Constitution of India, as envisaged by the founding fathers.”

Equally, there is a fear now amongst ordinary people of the unreliability of this government. That it has become a disruptive force rather than a trustworthy guardian. An artist friend tells me that this government has ruined his life because he is no longer getting commissions or clients. A hired car driver says he, his friends and family have gone back to saving cash because they have little trust in the government and no idea what it is going to do next. A businessman says that the confusion over GST has led to orders being down by 60 per cent in some sectors and the cost of even three months of chaos to an economy already in trouble is incalculable.

These are a disconnected people from disconnected backgrounds and lives. But the uncertainty and fear is real. When agitating farmers are shot by the police and the chief minister of the state where this happens, sits on a “dharna for peace” which costs the exchequer over Rs 2 crore according to some newspaper reports, what confidence does it build for citizens in Madhya Pradesh and indeed the rest of India?

Even worse, the prime minister, who tweets his pain for various losses suffered from Manchester to Myanmar, has nothing to say about the loss of lives in Mandsaur. If Manmohan Singh was pilloried for being a silent prime minister, Narendra Modi has used silence as a tool to ignore all the pain for which his party or government are responsible. On display, we have a studied avoidance of the problems afflicting India. So Modi is happy to tell you to practise yoga and wash your hands regularly but will not even pretend to shed a tear for an old woman thrashed by the Madhya Pradesh police?