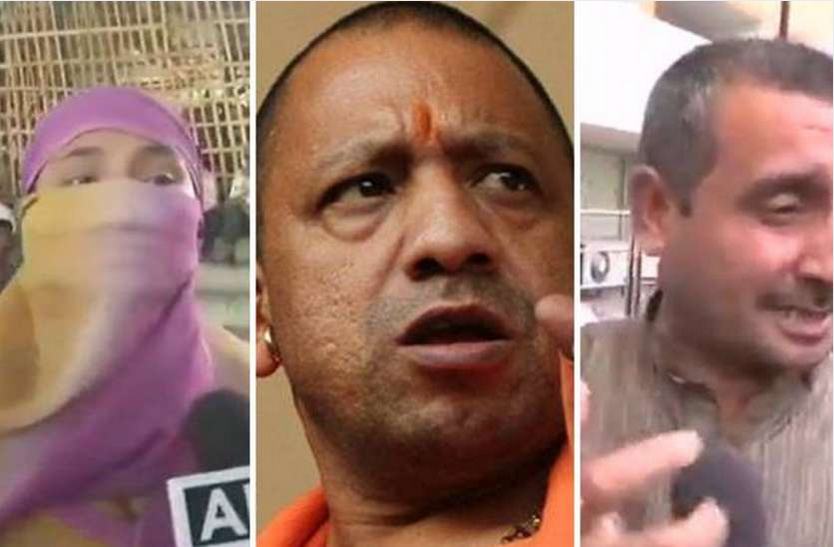 The court said the approach of the government law officer that the lawmaker could not be arrested at this stage “not only exudes an unpleasant flavour” but raises doubts about the bona fides of top police officers.

The bench of Chief Justice DB Bhosale and Justice Sunit Kumar also said that it will monitor the probe in the rape case, further directing that the MLA should be arrested and not just detained.

A special team that the government had set up to probe the case was disbanded and the state police refused to arrest the lawmaker, because the case was going to be probed by the CBI.

The state’s advocate general Raghavendra Singh had presented a similar argument in the court on Thursday.

Ordering Kuldeep Singh Sengar’s immediate arrest today, the court rejected the contention. “In our opinion, arrest of the accused in the present case is necessarily required to safeguard the majesty of law and the dignity of the prosecutrix (the girl) and to instil confidence that free and fair investigation shall be undertaken by the Investigating agency,” the bench of Chief Justice DB Bhonsale and Justice Suneet Kumar ruled.

“The disturbing feature of the case is that the law and order machinery and the government officials were directly in league and under the influence of Kuldeep Singh,” the judges said, criticising the law officer’s approach.

The court noted how the police had not acted on a rape complaint of the 16-year-old girl but rushed to register false cases against her family, and how her father was thrashed “by the brother and goons of Kuldeep Singh” before being arrested “on a petty offence”.  The judges hearing the case made it clear that they would oversee the probe from now on.

The court had taken suo motu cognisance of the case on Wednesday. The bench on Thursday had reserved its verdict after completing the proceedings.

Sengar had been moving around freely, denying the accusations, making disparaging comments about the girl and her family and hitting out at the media in the Unnao rape case. On Wednesday night, Sengar made a dramatic appearance outside the house of the police chief in Lucknow, in a convoy of 20 vehicles. “I have come here because TV channels were saying I will surrender,” he appeared to taunt reporters, insisting that he was neither a fugitive nor a rapist.

An FIR was lodged against Sengar on Thursday under sections 363, 366, 376, 506 of the Indian Penal Code (IPC) and Protection of Children from Sexual Offences (POCSO) Act, and the case was handed over to the CBI.

Sengar was arrested by the CBI on Friday. The CBI, which had taken over the probe on Thursday morning, had started questioning Kuldeep Singh Sengar early Friday morning, ahead of the court ruling.

The accused MLA’s brother Atul Singh Sengar was arrested earlier under various IPC sections including 302 (murder) for killing the rape victim’s father in police custody, a day after the girl had protested at chief minister’s residence against police inaction and tried to immolate herself.

The CBI will investigate three cases filed in Unnao, said a NDTV report. The first has Sengar as accused in the rape case. The second FIR is on rioting, in which four locals have been booked, and also the alleged killing of the victim’s father in judicial custody. Since the murder charge was added later by the police, it does not reflect in the central probe agency’s FIR.

The third case pertains to allegations against the victim’s father, who was arrested under the Arms Act and jailed by the local police.