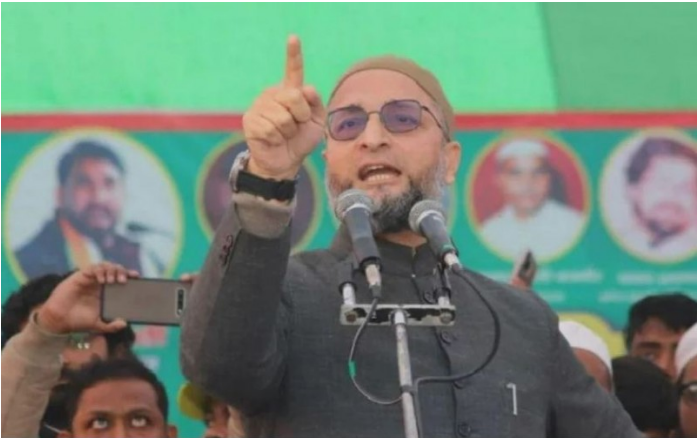 AIMIM chief Asaduddin Owaisi on Saturday condemned the Varanasi Court’s order on surveying the Gyanvapi-Shringar Gauri complex saying that the survey of Mosque violates the law. The survey is opening the path for the bloodshed of Rath Yatra and the anti-Muslim violence of 1980s-1990s, he said.

Condemning the Varanasi court’s order, Owaisi tweeted that the order to survey the Gyanvapi Mosque is a clear violation of the Place of Worship Act of 1991, which prohibits the conversion of religious places. The Supreme Court in the Ayodhya verdict had said that the act protects the secular features of India, which is one of the basic features of the Constitution, he also said in his tweet.

Asaduddin Owaisi’s statement comes a day after a court commissioner reached Varanasi’s Kashi Vishwanath Temple and Gyanvapi Mosque earlier today to survey and videography the premises in accordance with a court order.

Read Also: Who is IAS Pooja Singhal? Everything you need to know about the MNREGA funds fraud case

On Friday, when the team reached Varanasi to conduct the survey, the Muslim crowd gathered at the spot and shouted slogans but the police removed everyone from the spot.

Amid Muslims’ objection to the Videography inside the mosque, it is still continued at the premises of Kashi Vishwanath Temple and Gyanvapi Mosque.

Varanasi, the parliamentary constituency of Prime Minister Narendra Modi, remains in the headlines. In fact, many deities, including Shringar Gauri, located on the premises of Kashi Vishwanath and Gyanvapi Masjid, are being surveyed on the orders of the Senior Judge Division of Varanasi.

A group of Delhi-based lawyers had filed a petition seeking permission for daily worship and performing rituals at Shringar Gauri, Lord Ganesha, Lord Hanuman and Nandi located on the outer wall of the Gyanvapi mosque. Later, they had moved the court on April 18, 2021. After the hearing, Varanasi’s Civil Judge (Senior Division) Ravi Kumar Diwakar ordered videography of the Shringar Gauri temple in the Kashi Vishwanath-Gyanvapi mosque complex and other places after Eid and before May 10.

Who is IAS Pooja Singhal? Everything you need to know about the MNREGA funds fraud case