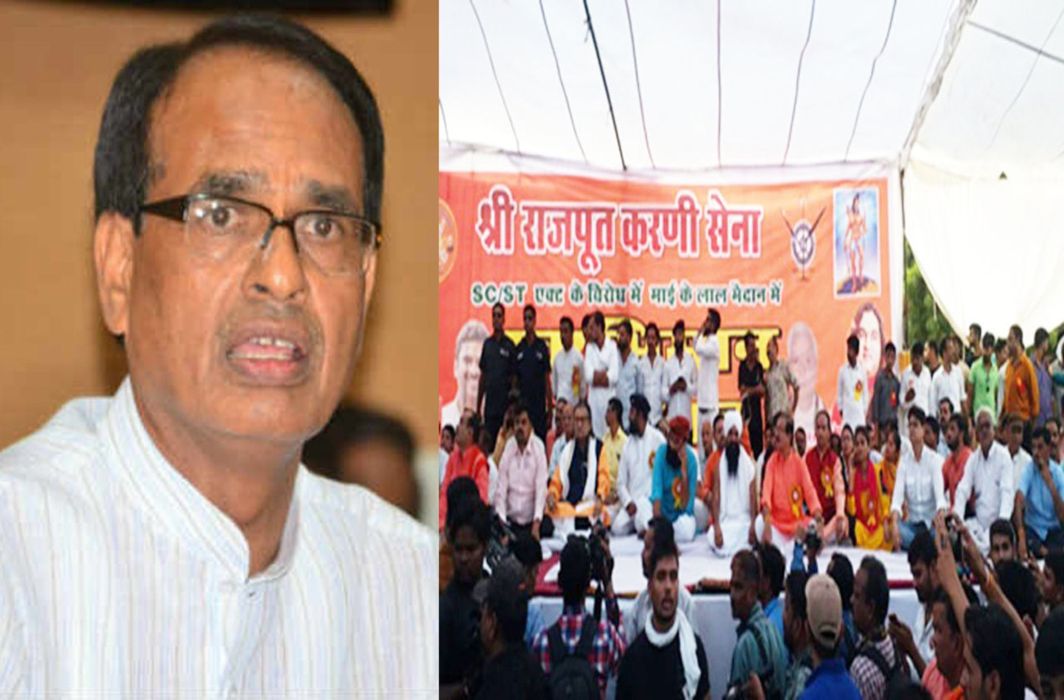 Normal life was disrupted across several states as upper caste groups held a nationwide protest – a Bharat Bandh – on Thursday, September 6, demanding rollback of an amendment bill passed by Parliament that restores the provisions of the Scheduled Castes and Scheduled Tribes (Prevention of Atrocities) Act that overrode a Supreme Court order diluting it.

The amendment has now been challenged in the Supreme Court.

In BJP-ruled Madhya Pradesh, some of the upper-caste protesters have also been targeting elected representatives and raising slogans against the ruling BJP-led government at Centre for voting in favour of the amendment, said media reports.

Over the past few days, the state has witnessed protests in districts like Morena, Bhind, Gwalior, Mandsaur and Neemuch, with people from upper-caste— and at many places people belonging to Other Backward Classes — joining hands to gherao legislators, demanding that reservation be rolled back and the checks introduced by the apex court be re-introduced.

The response to the protest call seemed spontaneous in as much as there was no single group behind it.

Prohibitory orders were in place and tight security arrangements were made to prevent any untoward incident. Schools and petrol pumps were shut across districts and internet services are likely to be affected, said reports.

The upper caste anger followed Centre’s move, following protests by SC/ST groups, to get the SC/ST (Prevention of Atrocities) Amendment Bill, 2018, passed in the Lok Sabha, which overturned the Supreme Court’s 20 March order in which it had observed that the Act was being used to “blackmail innocent citizens”.

The court introduced safeguards which, SC/ST leaders and organisations said, diluted the Act and rendered it toothless.

On 2 April, nine people were killed and many were injured in clashes reported from several places during a Bharat bandh called by SC/ST groups in protest against the controversial Supreme Court order.

The amendment to law to overturn the apex court order had its own repercussions – nottoo unexpectedly, given a sustained social media and WhatsApp campaign against reservations and SC/ST groups over the last couple of years.

The upper castes want the government to roll back their amendment to the SC/ST Act and restore the “progressive and just” Supreme Court guidelines.

They claim upper castes were being oppressed in the name of social justice and many of them have been implicated in false cases – a kind of ‘reverse caste oppression’.

Sentiments of most members and supporters of BJP are with the upper castes. MP Chief Minister Shivraj Singh Chouhan’s son Kartikeyreportedly came out in support of the Bharat Bandh and closed shops.

Officially, the BJP, however, remains opposed to upper caste stand even as the resentment erupted on Bharat bandh day.

Police lathicharge on protestors was reported from a few places in MP.Protests were held by students and teacher community in Banaras Hindu University.

The call for ‘Bharat Bandh’ given by several groups against the amendments in the SC/ST Act evoked a good response in Rajasthan where many shops and business establishments, schools and other educational institutions remained closed.

The BJP, caught in a bind due to protests from its core constituency, is cautious. UP CM Yogi Adityanath said that the Bharat Bandh called by some upper caste and OBC groups in the country in protest against the parliament amendment over SC/ST Act has “no meaning”. “It (Bharat Bandh call) has no meaning. People have their feelings. In a democracy everyone has the right to express themselves,” Uttar Pradesh Chief Minister Yogi Adityanath told news agency PTI. 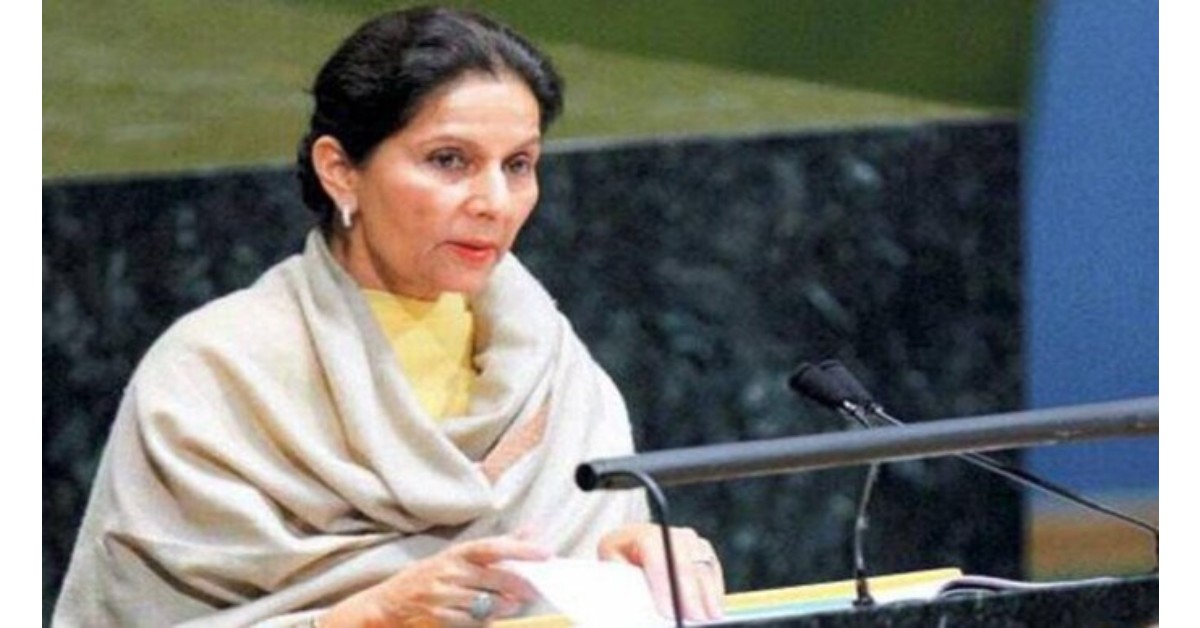 The session, which commenced around 9.30 am, was later adjourned around 9.54 am. 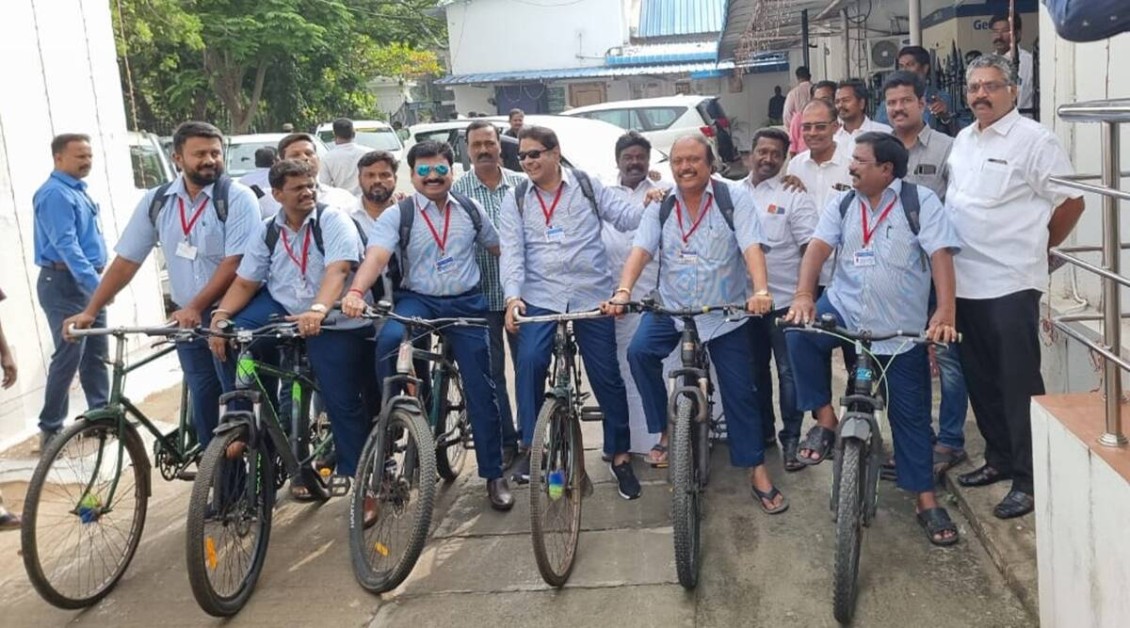 Dravida Munnetra Kazhagam (DMK) MLAs in Puducherry on Friday reached the Legislative Assembly Hall clad in blue school uniforms and ID cards on cycle to protest against the government for delaying providing free uniforms, bicycles and laptops to the government school students.

According to the reports, the academic year 2022–23 in Puducherry schools started in June last year, and the government is yet to distribute uniforms to the students. There are also reports that some students in UT schools have also not received their textbooks yet.

Under Leader of Opposition R Siva, six DMK MLAs arrived at the third session of the 15th Puducherry Legislative Assembly on bicycles in government school uniforms, including ID cards around their necks and bags over their shoulders. A video of the same is doing rounds on social media.

Siva said that the school education department is in shambles. There are around 800 schools and more than 35 percent of them do not have proper teachers. The government has not provided free notebooks, laptops, cycles or uniforms to students. Even merit scholarships were not provided to students. There is no proper infrastructure here, students don’t even get proper food daily, he added.

He further claimed that there is too much intervention by Puducherry Governor Dr Tamilisai Soundararajan in the day-to-day affairs of the elected government.

The session, which commenced around 9.30 am, was later adjourned around 9.54 am. The move came after DMK MLAs raised these issues and urged the N Rangasamy-led All-India NR Congress government to pass a resolution demanding statehood for Puducherry and to come up with a fresh policy to revive industries closed in the region. The DMK MLAs then staged a workout, followed by Congress MLAs. 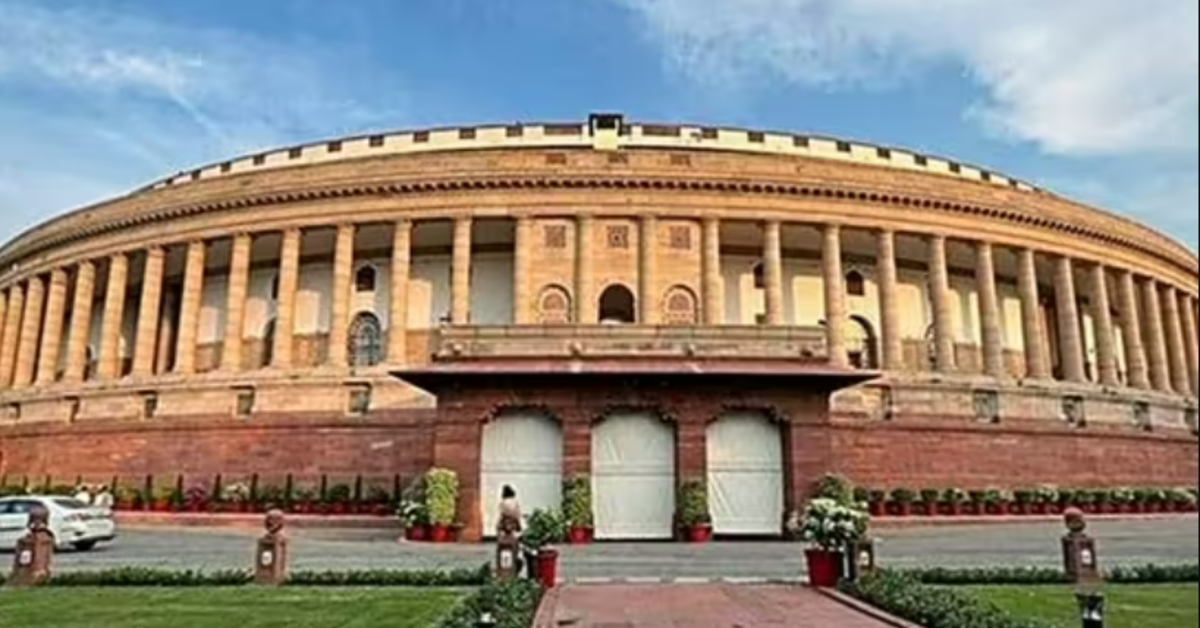