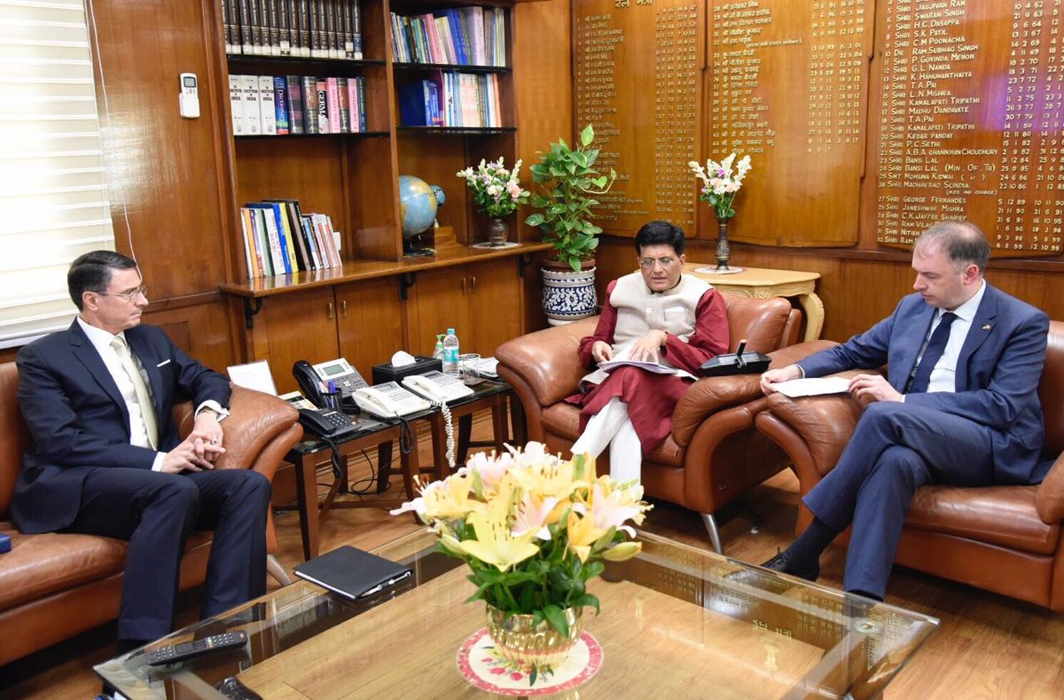 In an a rare development, Germany has called US pressure exerted on its allies to comply with sanctions on Iran “irritating, to put it mildly” and expressed hope that India will continue buying oil from Iran.

In an exclusive interview with an Indian TV channel, Neils Annen, the German minister of state for International Affairs on Wednesday said that Germany will act in its own interest and hopes that India, too, will continue buying Iranian oil.

He said, “It will be India’s sovereign decision. I am not a salesman for Iran but I have an impression that India is willing to continue buying oil from Iran and this will be a very important statement.”

The German minister was of the view that efforts now need to be made on devising a financial mechanism to overcome the US sanctions. He said the French government has made a proposal in this regard and that finding a suitable financial instrument to allow companies that want to deal with Iran, “will be complicated but needs to be done.”

The US administration had set a deadline for reducing oil trade with Iran to “zero” by November 4, when Washington implements second layer of sanctions against that country.

Read More: Iran accuses India of bowing to US pressure, warns of withdrawing privileges if it cuts oil import

However, some government source has recently indicated that US administration is softening its stand and was willing to work with countries on a case by case basis.

Two days ago US Secretary of State Mike Pompeo had signalled for the first time that his country might consider exemptions from the sanctions for countries as they reduce their dependency on Iranian oil.

Moreover, US Treasury Secretary Steven Mnuchin said on Friday, “We are going to very strongly enforce the Iran nuclear sanctions. We’ve told our counterparts as that we expect them to enforce the sanctions, but if there are specific situations, we’re open to listening.”

Both the high ranking US officials spoke to the reporters aboard Pompeo’s plane as they flew back from Mexico, where they held talks on border security, immigration and trade negotiations.

Germany is one of the US allies in Europe which has developed differences on several issues in recent past including Iran nuclear deal, NATO funding and Paris Climate treaty. US President Donald Trump crossed settled protocol by calling German Chancellor- “Angela, you need to do something about this” during recent NATO meeting in Brussels.

German minister’s observations came a day after India and US agreed to continue consultations on the proposed American sanctions on Iran. A day earlier Iranian deputy foreign minister Abbas Araghchi visited New Delhi for discussions on pressing ahead with the energy and connectivity cooperation.

On Tuesday, Marshall Billingslea, the assistant secretary for terrorist financing in the US treasury department and officials from petroleum and foreign ministry on the Indian side held a day-long discussions.

Ahead of the talks with US official, a source privy to the development said that India could convey to the US that it could look at reducing the import of oil from Tehran in return for an exemption from US sanctions on plans to push ahead with the development of Iran’s Chabahar Port, considered to be  a gateway to the landlocked Afghanistan and Central Asia.

In 2012, India, when faced with a similar situation, had evolved a Rupee-Rial mechanism to bypass US sanctions and continue trading with Iran. Iran is India’s third-largest oil supplier after Iraq and Saudi Arabia. However, India lost huge money due to reduced purchasing of Iranian oil.

European signatories of the landmark multilateral Iran nuclear deal, also known as Joint Comprehensive Plan of Action (JCPOA), Britain, France and Germany have been in close contact with Iran and reiterated their willingness to continue trading with Iran. Several European companies have been engaged working with Iran since the implementation of the multilateral nuclear deal.

In May this year, US President Donald Trump had announced Washington’s withdrawal from the nuclear deal to what was termed as ‘the worst deal ever’.

Recently Israel’s public broadcaster published a recording of Prime Minister Benjamin Netanyahu saying that he was responsible for persuading US President Donald Trump to withdraw from the Iran nuclear deal earlier this year.  He was quoted saying at a Likud party gathering “We convinced the president of the United States…to leave this agreement, we didn’t give up.”

Niels Annen, Germany’s Minister of State, was on a two-day visit to New Delhi on Tuesday and Wednesday. He discussed regional and security policy topics with Piyush Goyal, the Finance Minister, M J Akbar, Minister of State for External Affairs, Vijay Gokhale, the Foreign Secretary and Ajit Doval, the NSA. Gokhale was earlier India’s ambassador to Germany.

North and South Korea team together at IITF