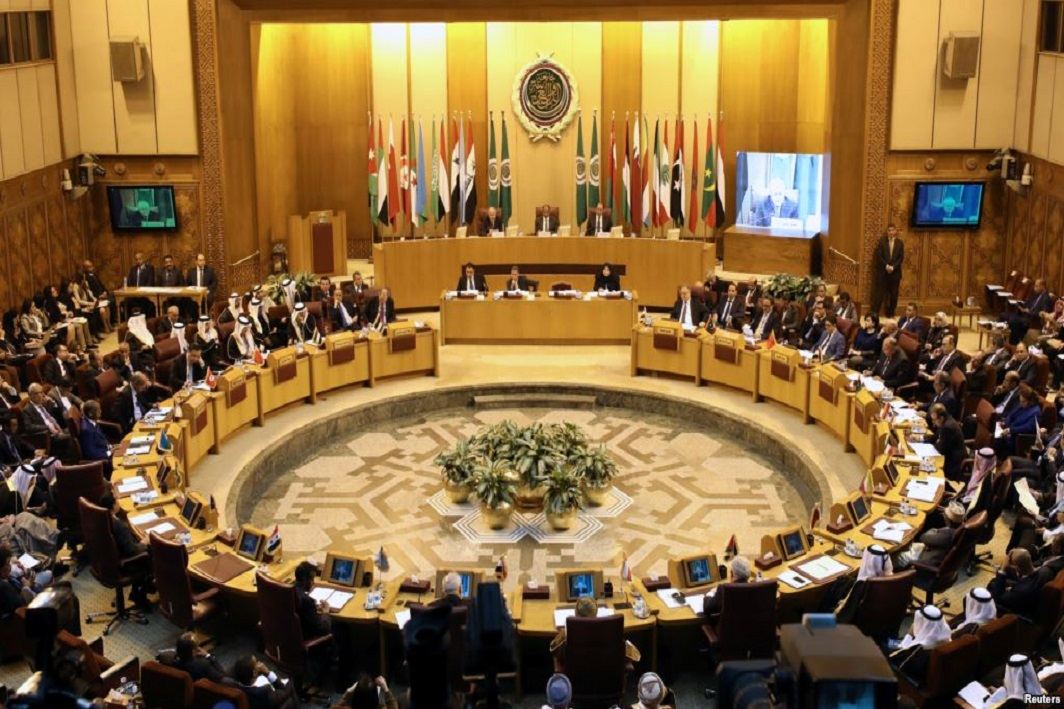 The Arab League has called US President Donald Trump’s decision to recognise Jerusalem as Israel’s capital “dangerous and unacceptable” and a “flagrant attack on a political solution” to the Israeli- Palestinian conflict and instead asked world leaders to recognise the State of Palestine with occupied east Jerusalem as its capital.

Ahmad Abu Al Gaith, the Secretary General of Arab League, while speaking at the start of an emergency meeting of 22-member regional bloc’s foreign ministers at Cairo, condemned the Trump’s decision. He said that Trump’s decision has raised a question mark over Washington’s role as a mediator, not just in the Middle East but in the entire world. “The decision amounts to the legalisation of occupation,” he said.

Arab League General Secretary said in his opening remarks, “We call upon all countries that support peace to refuse the decision of the US president. We consider the decision unfair and unjust. We call upon everyone to recognise Palestine as a state and East Jerusalem as its capital.”

He said that  Trump’s decision “undermines Arab confidence” and was “against international law and raises questions over American efforts to support peace” between Palestine and Israel.

Meanwhile, Majdi Al Khaldi, the diplomatic advisor of Palestinian President Mehmoud Abbas has said that he (Abbas) will refuse to meet US Vice-President Mike Pence later this month.

“There will be no meeting with the vice-president of America in Palestine. The United States has crossed all the red lines with the [occupied] Jerusalem decision,” he added.

Moreover, Egypt’s Coptic Pope of the Orthodox Church Tawadros II has cancelled a meeting with US Vice President Mike Pence. The Church in a statement issued on Saturday said, “In view of the US administration’s decision made at an improper time and without consideration to feelings of millions of Arab people, the Egyptian Coptic Orthodox Church apologises for not receiving Mr Mike Pence during his coming visit.”

Meanwhile, Ahmed el-Tayeb, the grand imam of Cairo’s Al Azhar Mosque has also decided not to meet Pence either.

Trump’s deputy Mike Pence is expected to visit Egypt on December 20 as part of a Middle East trip. His visit is understood to be aimed at touting Trump’s decision to relocate the US embassy from Tel Aviv to Jerusalem.

During an emergency UN Security Council meeting on Friday, US was isolated by its best allies including several European countries condemning the Trump administration’s move to recognise Jerusalem as Israeli capital and to begin process of moving its embassy from Tel Aviv to the city.

Meanwhile, protests against Trump’s move continue in Gaza and elsewhere. Four people were killed and hundreds of protesters were injured on the fourth consecutive day. Similar demonstrations were also held in a number of other countries including US, Europe, Middle East, Africa, Asia and Australia.

The Trump’s move has also heavily damaged US credibility among its allies in Palestine as well. Palestinian Foreign Minister Riyad al-Maliki, in Mehmoud Abbas cabinet, said on Saturday in Cairo that Palestinians can no longer accept US as a broker in the peace process as it has now “positioned itself as a party in a dispute and not as a mediator”.

The Palestinian official demanded that UN Security Council should take action against Trump’s decision saying, “America is being an aggressor against the Palestinian people and against international law.”

The foreign Minister of another US ally Egypt Sameh Shoukry  has also said that Trump’s policy change put the “region on the verge of explosion”.

Mohammed Bin Abdulrahman Al Thani, Qatar’s foreign minister, called for “all possible measures under international law”, while his Lebanese foreign minister Gebran Bassil has called for the Arab League to consider imposing sanctions against US.

He said, “Pre-emptive measures must be taken against the decision … beginning with diplomatic measures, then political, then economic and financial sanctions.”

However, Marwan Bishara, political analyst of Al Jazeera has observed that Arab states, in practice, differed in their reaction to Trump’s decision.  “I doubt that all this will come together and culminate in any serious decision or action plan. We will probably be left once again for the Arab street, rather than the Arab League, to do something moving forward.”

Another Chicago based expert Ali Abunimah, the co-founder of Electronic Intifada told Aljazeera, “The Arab League meeting and the Arab League summit will amount to nothing, as it has amounted to nothing for decades.”

“All the statements being made by the Arab regimes are strictly for public consumption because the Arab public is clearly outraged as the massive demonstrations in cities across the world showed.

“But in reality, most of these regimes – Saudi Arabia, Bahrain, Egypt and Jordan – are very close to Israel.  They either have formal or tacit ties and so they will do nothing in practice other than issue statements.”[/vc_column_text][/vc_column][/vc_row]

Trump isolates US by recognizing Jerusalem as Israeli capital