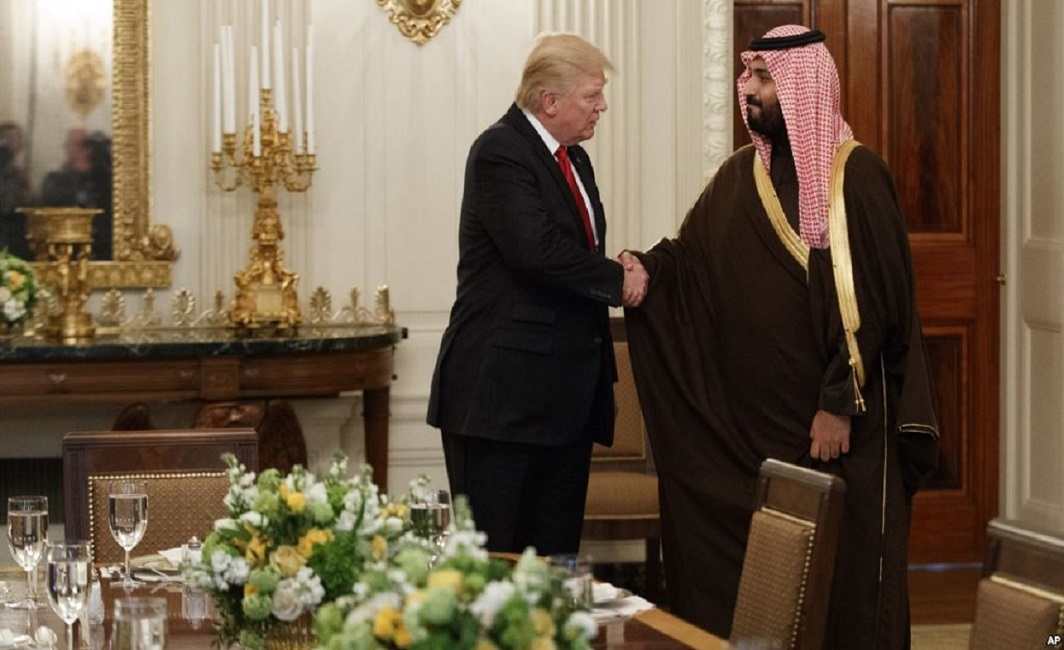 US President Donald Trump’s upcoming visit to Saudi Arabia is aimed to “stand in unity” with Israel against Iran.

In an exclusive interview to NBC on Sunday, US Secretary of State Rex Tillerson said, “I think there is a broad view and consensus among all in the region, among all Arab nations, among Israel and among others of Iran’s destabilizing activities in the region.”

In a recent interview to al-Arabia TV, Saudi Deputy Crown Prince Mohammad bin Salman, who is also the Defence Minister, had rejected the possibility of normalising ties with Iran and threatened military intervention in Iran. He said, “We will not wait until the battle is in Saudi Arabia, but we will work so the battle is there in Iran.”

Arguing the purpose of Trump’s maiden foreign trip to Saudi Arabia, Israel and the Vatican, Tillerson said, “I think the important aspect of this visit that the President is making is to bring a message of unity’ among the followers of these religions (Judaism, Christianity and Muslims) in the face of the threats posed by Daesh (IS) and al-Qaeda.”

When NBC anchor Chuck Todd asked if Trump was going to touch sectarian conflicts (Sunni-Shia) in the region, Tillerson said, “However, there is a strong element of the role that the nation of Iran plays in support of terrorism.”

Meanwhile, renowned writer Patrick Cockburn, in his article published in the Independent on May 12, said, “The next week’s meeting of Donald Trump, the most dangerous man on the planet, with Saudi Deputy Crown Prince Mohammad bin Salman, a source of instability in the Middle East, is a threat to peace.”

Cockburn is an Irish journalist who has worked as Middle East correspondent for the Financial Express and Independent. His professional assignments took him to Moscow and Washington as well. He has written three books on recent Iraq history and received several prizes. Renowned American journalist Seymour Hersh has described him the “best western journalist at work in Iraq today”.

The writer criticised the Prince’s aggressive and reckless foreign policy approach, especially his aggression against Yemen and Saudi support for al-Qaeda linked militants in Syria. He said the 31-year-old Deputy Crown Prince “has won a reputation for impulsiveness, aggression and poor judgment in the two-and-a-half years he has held power”. Cockburn said the Prince would seek Trump’s help in his confrontation with Iran.

Press TV, Iran’s official network, in its May 5 report, said that Trump is planning to sign a multi-billion dollar weapons deal with Saudi Arabia, including the possible sale of a Terminal High Altitude Area Defense (THAAD) missile system, developed by Lockheed Martin, similar to the one the US has sent to South Korea.

Trump will also offer a $11.5-billion deal for four multi-mission warplanes and technical support, which was approved by the State Department in 2015, but could not be finished because of disagreements on both sides.

Saudi Arabia had distanced itself from Washington after former US President Barack Obama’s push for the historic nuclear deal between Iran and the six world powers.

It would be interesting to note that the Gulf Cooperation Council (GCC) was founded on May 25, 1981, a few months after then Iraqi ruler Saddam Hussein invaded Iran in September 1980. The GCC member states: Bahrain, Kuwait, Oman, Qatar, Saudi Arabia and UAE, all US allies in the region, extended full moral and material support to Saddam Hussein for crushing the newly-established government after the Islamic Revolution of 1979.

In 2011, Saudi Arabia moved a proposal to transform the GCC into a ‘Gulf Union’ with tighter economic, political and military coordination to counterbalance the Iranian influence in the region.

According to the Saudi Gazette, Riyadh will host three different summit meetings including US-Saudi, US-GCC and US-Leaders from Arab and Islamic States, which are part of the Islamic Alliance to combat terrorism.

This alliance is engaged in the war against Yemen since March 2015. Till date over 12000 civilians have been killed while 3.3 million people, including 2.1 million children, are currently suffering from acute malnutrition.[/vc_column_text][/vc_column][/vc_row]