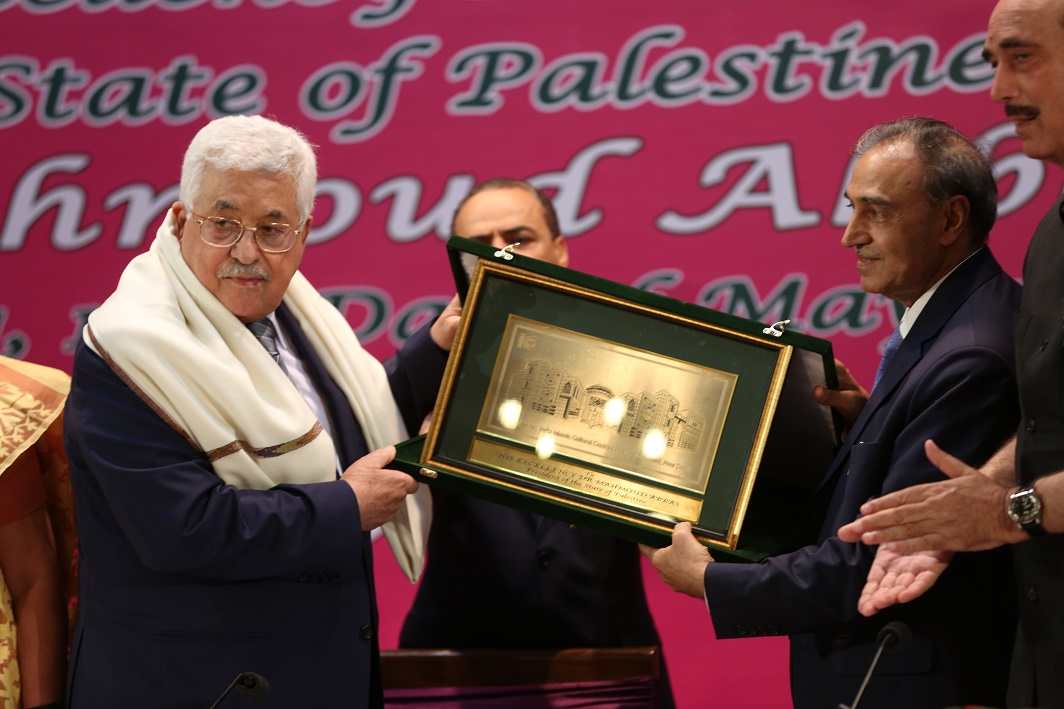 Speaking at the India Islamic Cultural Centre on Monday, he said, “We know very well that India has very good relations with Palestine and Israel, so India can play a very important role in bringing peace in the region.” He said that during his meeting with President Pranab Mukherjee and Prime Minister Narendra Modi, he will ask them to use their good offices to bring peace between the two countries.

In his first public event during his ongoing four-day India visit, Abbas said that a solution to Palestine’s dispute with Israel is essential for fighting terrorism in the region and added that he will seek Prime Minister Narendra Modi’s help in this regard.

The Palestinian president’s remark comes ahead of Prime Minister Narendra Modi’s visit to Israel in July. President Abbas, while describing his recent diplomatic moves, said he had a very successful meeting with US President Donald Trump last month and his German and Russian counterparts Frank-Walter Steinmeier and Vladimir Putin, respectively and discussed the issue. Abbas arrived in New Delhi from Moscow.

“So, achieving justice is the basis for the success in fighting terrorism being practiced by terrorist groups such as ISIS and other extremist groups in the region,” Abbas said. He said that Palestine was ready to make peace and hoped for a response from Israeli Prime Minister Benjamin Netanyahu.

Earlier, while welcoming the Palestinian president, Sirajuddin Qureshi, president of India Islamic Cultural Centre, recalled Mahatma Gandhi’s words “Palestine belongs to Arabs, in the same sense that England belongs to English or France to the French.” He said it was evident that our “principled” support to the Palestinian cause is rooted in our freedom struggle.

Manipur Governor Najma Heptullah fondly recalled her memories of late Palestine Liberation Organisation (PLO) leader Yasser Arafat. She disclosed that she played an instrumental role in convincing the then Prime Minister Indira Gandhi to invite the PLO chief. She said she had also addressed the Israeli Knesset and the Palestinian Parliament when she headed the Inter Parliamentary Union.

President Abbas arrived in India on Sunday on a four-day visit to India, his fifth to India and the third state visit after assuming the presidency in 2005.  On Tuesday, apart from his talks with PM Modi, he will call on President Pranab Mukherjee.  He will meet Vice President Hamid Ansari and External Affairs Minister Sushma Swaraj.[/vc_column_text][/vc_column][/vc_row]

Google reveals a new AI chip for sale via cloud